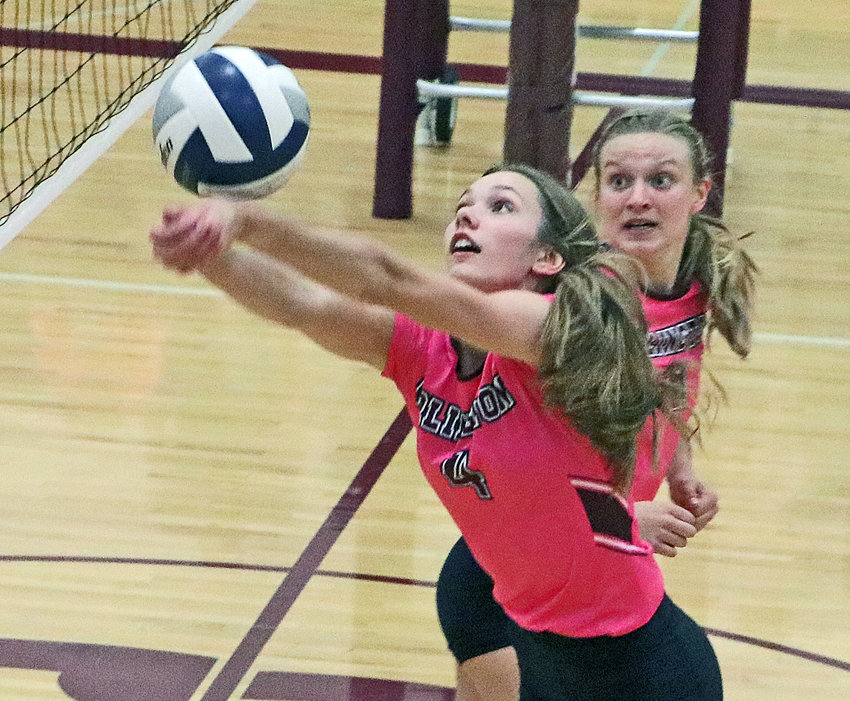 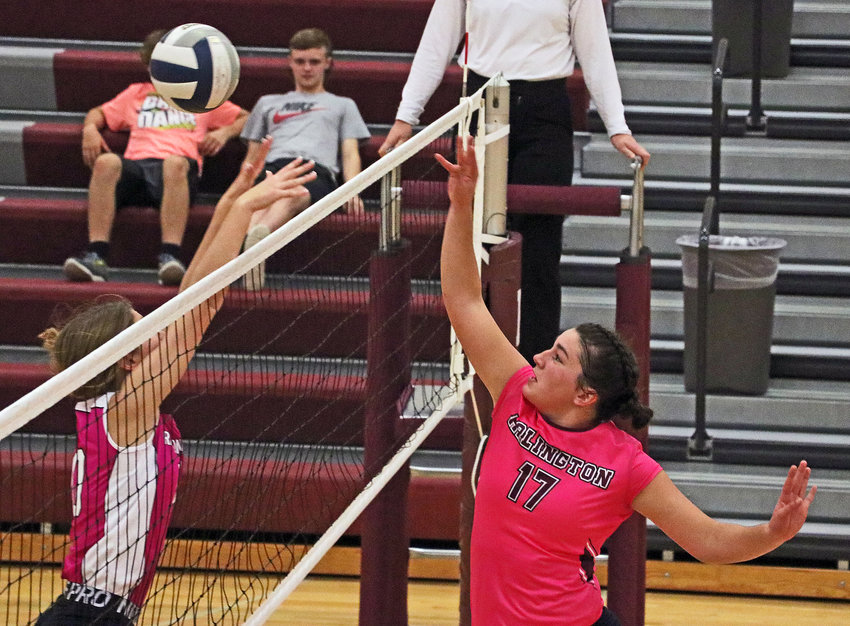 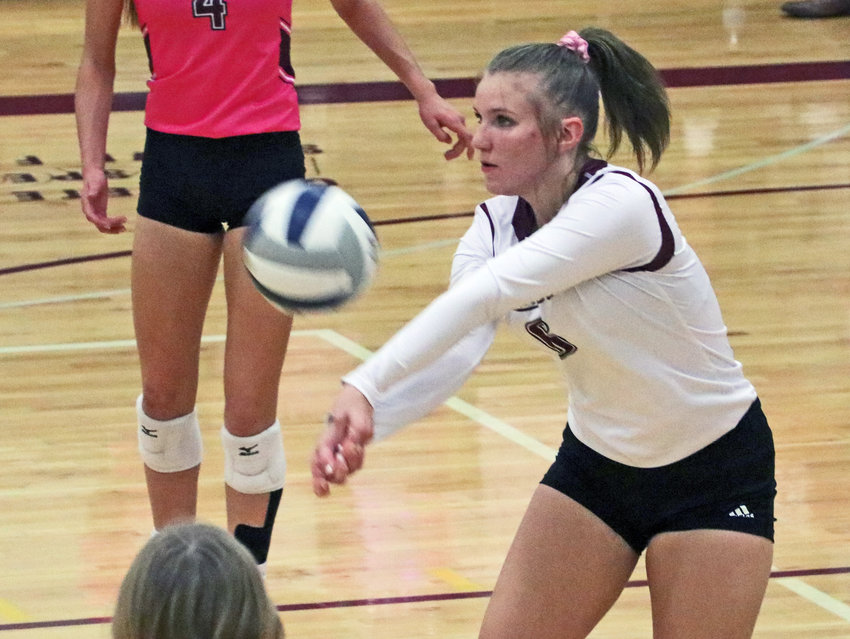 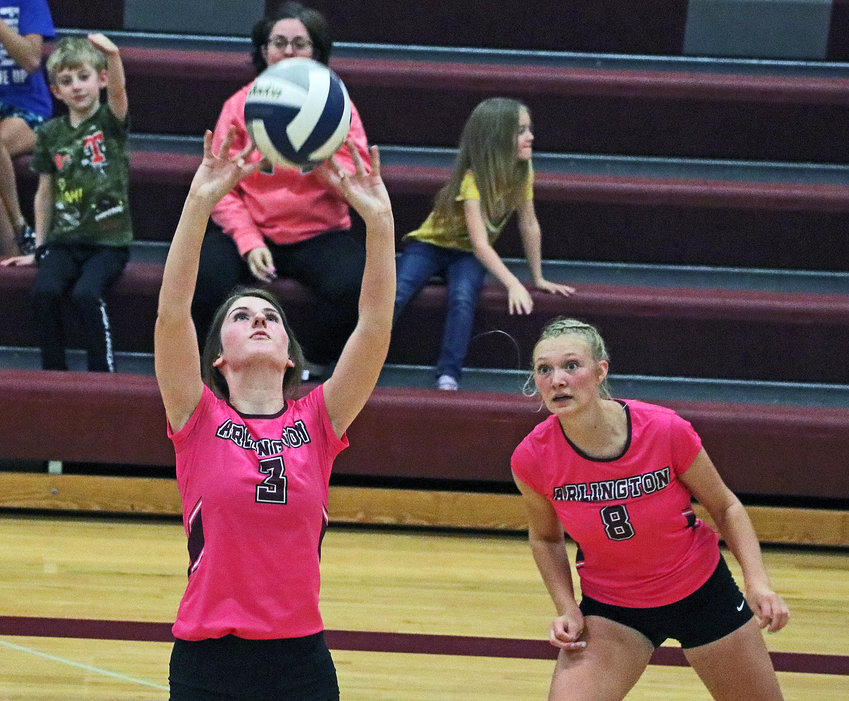 Arlington senior Kailynn Gubbels pulled up and stopped short of unleashing one of her razor-sharp spikes during her first opportunity to do so from setter Janessa Wakefield.
From there, though, the Eagle pretty much let loose.
Gubbels notched a school-record 29 kills Tuesday night as AHS hosted and defeated Raymond Central, 3-1. The 19-25, 25-21, 27-25, 25-20 win pushed the Eagles' season record to 14-7, while the Mustangs fell to 13-8.
The senior's kill tally broke the previous single-match mark of 24 set in 2009 by Lexi Taylor and equaled by Gubbels' teammate, Chase Andersen, in 2020.
“I just really focused on placing my hits on what was open,” the record-breaker said, noting her response to a slow start. “I couldn't have done it without all of my passers and, obviously, my setter, Janessa. She is absolutely amazing.”
Wakefield was in the ballpark of Lauren Mues' 2011 record for single-match assists, but Arlington coach Katarina Nelson couldn't confirm it without checking the film. In any event, the coach and Gubbels commended the senior setter for her contributions to the 3-1 victory.
The Eagles lost the first set against Raymond Central, but bounced back by controlling the second. Kate Miller notched three ace serves early to help AHS to a 7-4 lead before Andersen evened the match, 1-1, when she smashed a spike off of a Mustang block and out of bounds.
A Lizzie Meyer tap later gave the Eagles a 21-20 advantage during the third set, but Raymond Central battled back to a 25-25 tie. Another Andersen hit gave Nelson's team a one-point lead before the Mustangs hit the ball into the net for a 2-1 deficit.
Finally, during the fourth set, Arlington put the match away. Andersen finished a Wakefield assist for a 22-19 lead before back-to-back Miller serves went unreturned. Raymond Central hit the ball out to end the match as the Eagles picked up win No. 14.
The Mustangs previously swept AHS 2-0 during a Plattsmouth Tournament in August. Senior defensive specialist Stella Lewis said the Eagles have improved since then.
“I think we've just gotten a lot better at communicating,” she noted. “And we've worked on passing and serving a lot in practice. I think that is a really big aspect of why we've improved throughout the season and won this game.”
After three losing seasons in a row, Arlington has twice as many wins as losses through 21 games. It's made for an enjoyable senior season.
“The excitement's there,” Lewis said. “It's just so nice to be winning because we've struggled in the past. And, now, we're on a roll and we just want to keep that going. Keep the energy up.”
The Eagles were scheduled to play Thursday at Douglas County West in Valley before they next play Tuesday at Raymond Central for the opening round of the Nebraska Capitol Conference Tournament.