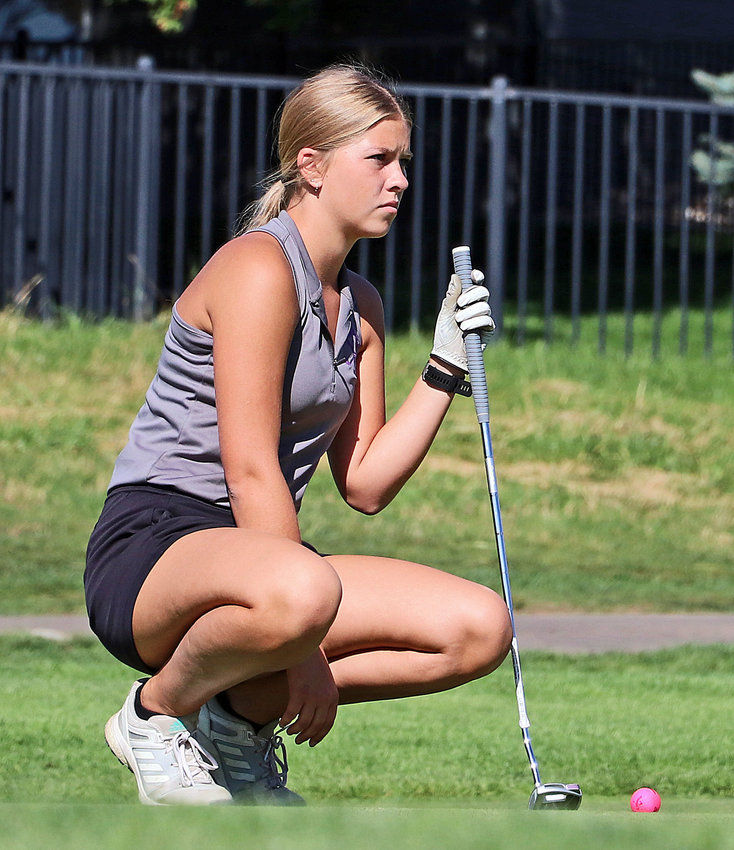 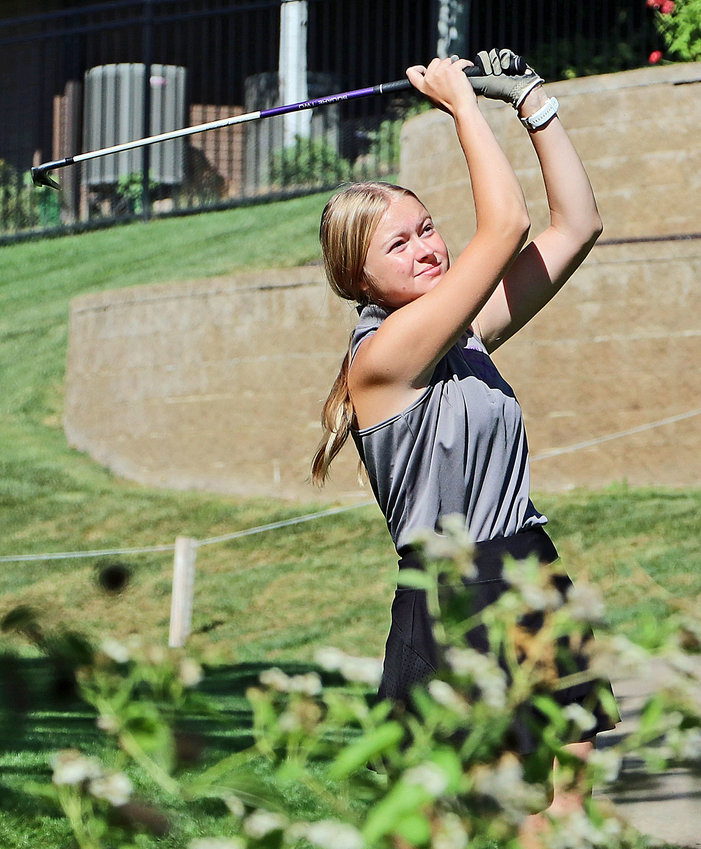 It's been awhile since the Blair High School girls golf team played 18 holes at Pacific Springs Golf Club in Omaha.
“A long time ago,” veteran Bears coach Ross Udey said when asked just how many years had passed.
Even so, senior Mallory Stirek produced her lowest round of the season there Tuesday during the Eastern Midlands Conference Tournament. The three-time Class B state qualifier took just 82 swings, earning third against conference competition from Bennington, Elkhorn, Lincoln Northwest, Norris, Waverly and the EMC champion Elkhorn North Wolves.
The Wolves' Julia Karmazin won the tourney with a 1-under-par 69, while Waverly's Tia Phaisan shot a 3-over 73 for second.
As a team, Elkhorn North finished with 331 strokes — 21 ahead of second-place Bennington.
Coach Udey's Blair lineup, meanwhile, carded 409 strokes for sixth. Stirek was the team leader, sinking shots for par on hole Nos. 5, 7, 9, 10, 11, 14 and 18. She shot par on two par-3s, three par-4s and two par-5s.
Stirek was consistent, too, finishing with identical 41s on both the front- and back-nine holes.
BHS' Lillian Tiedgen and Addie Stirek added matching 51s on their first nine holes at Pacific Springs as well. Tiedgen then shot a 55 on Nos. 10-18, finishing with 106 strokes to her teammate's 107. They finished 27th and 29th, respectively.
Tessa Nicholson notched the Bears' second-best score on the back-nine, though. She finished with 51 swings there after taking 63 on the front for an overall 114. Kaiya Johnson added 154 total, too, completing the first 18-hole tournament of her prep career.
BHS was scheduled to play its home course, River Wilds Golf Club, on Thursday and closes out the regular season Saturday at Oakland Golf Club. Then, on Monday, the Bears host the District B-2 Tournament back at River Wilds.