All-conference players among the returners 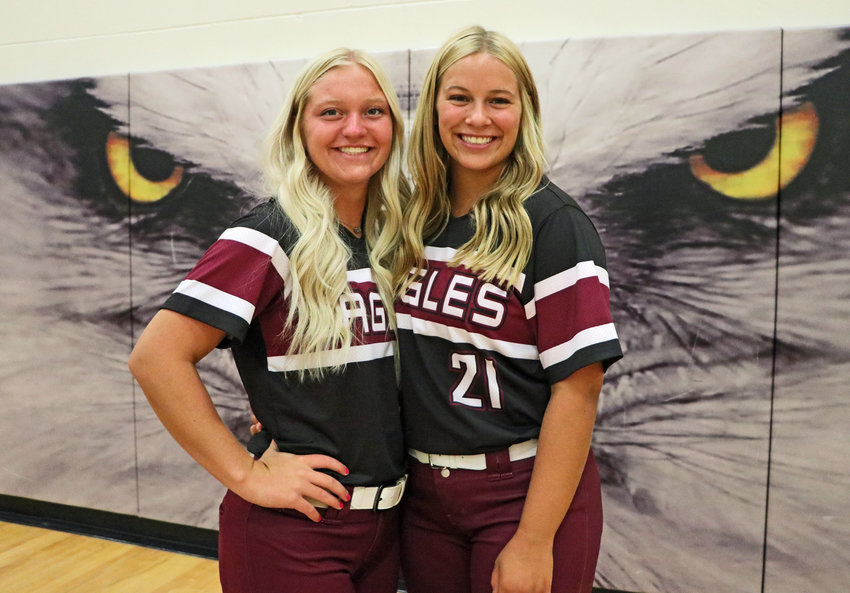 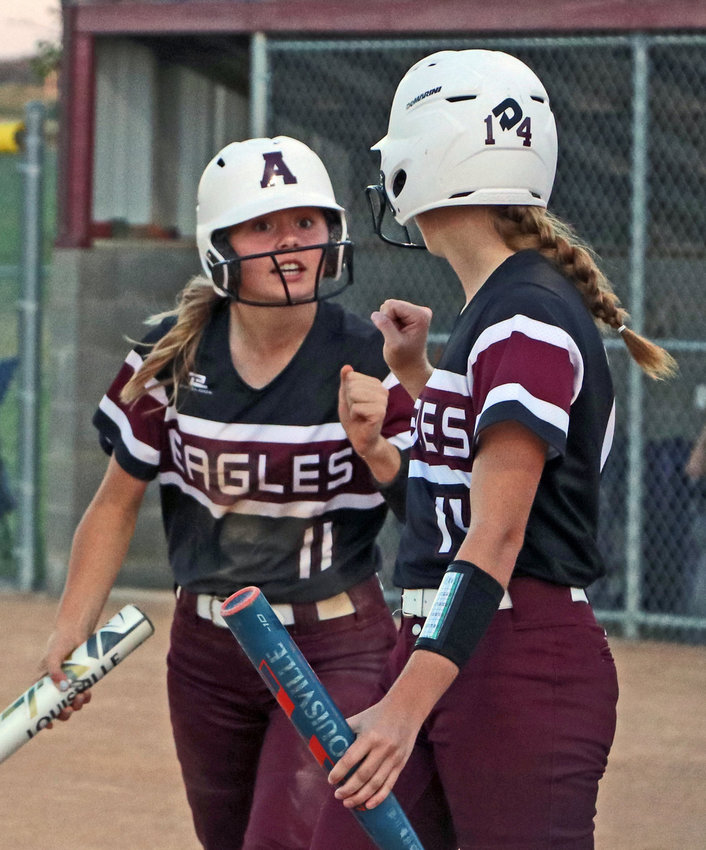 Arlington's Emery McIntosh, left, and Kiersten Taylor celebrate a run scored in 2021. They are among the Eagles' top returners in 2022.
Grant Egger/File Photo
Previous Next
Posted Tuesday, August 16, 2022 6:45 am
By Grant Egger - sports@enterprisepub.com

Just like every August since 2019, Cadie Robinson and her Arlington High School softball teammates fixed-up their hair and posed for team pictures taken last Friday.
“Last time,” the senior said.
The Eagle has been in coach Janelle Lorsch's lineup since her first high school fall. And, after last year's 16-15 season, Robinson wants this last stint in the lineup to be the most memorable.
“I hope we come out on top,” she said. “Show how Eagles are.”
AHS returns five starters from last season, including four that earned postseason recognition. Robinson was an All-Nebraska Capitol Conference (NCC) performer and all-state honorable mention recipient.
Emery McIntosh, who led the Eagles with her .409 batting average, was an All-NCC second-teamer with honorable mention status, too. Hannah Stahlecker added NCC and all-state honorable mention, while Kiersten Taylor was recognized by the conference.
Sophomore Britt Nielsen returns for her second season in the lineup as well.
Overall, Arlington is excited to get back on the field and start anew. Stahlecker even has a new bat.
“Got to get the mojo going,” she said when asked if she'd had her home-run swing working with it after four dingers last fall.
In addition to returning letter winners Bailey Taylor and Sydney Magnino, the Eagles will have a large freshman class to fill-in for the graduated class of a year ago.
“I think they have a lot of potential and they are learning quick,” Stahlecker said.
“I want to set a good example for all of the freshman that are coming in,” Robinson added.
Whether they need to rely on their youngsters or not, the goal remains the same.
“We want to come out on top, like Cadie said,” Stahlecker noted.
The season official begins Saturday morning during a Wayne invitational tournament. The Eagles will play a 5 p.m. intrasquad scrimmage on Friday at the Two Rivers Sports Complex.