Blair wrestlers make debut as No. 1, beat down Missouri Valley 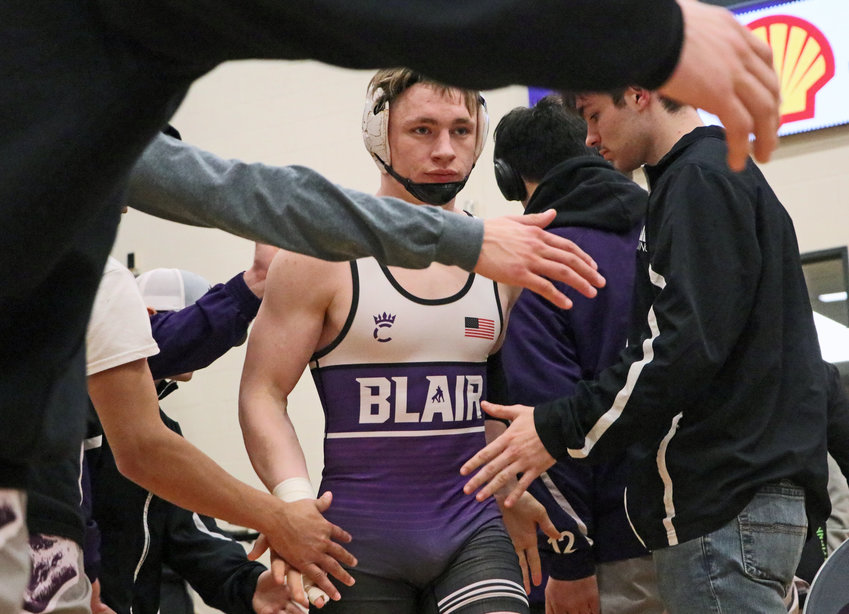 Bears senior Charlie Powers walks through a tunnel of his teammates to the mat Thursday at Blair High School. BHS beat Missouri Valley in a dual, 56-22.
Grant Egger 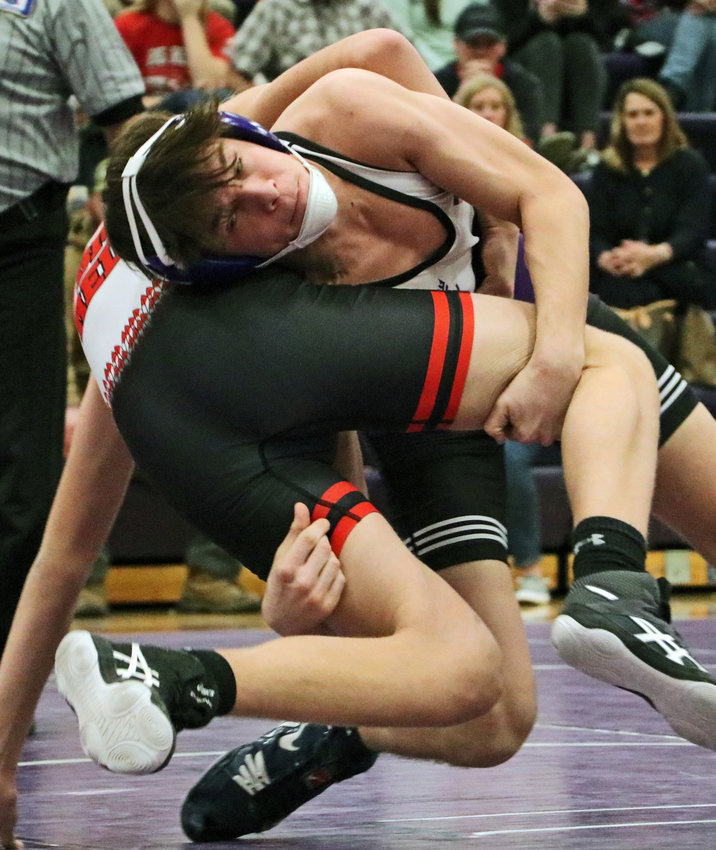 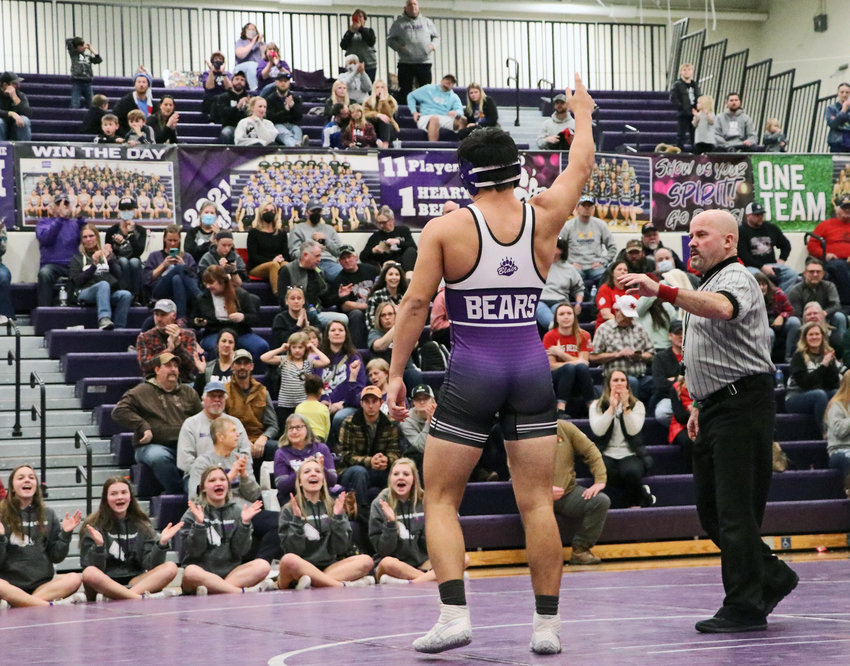 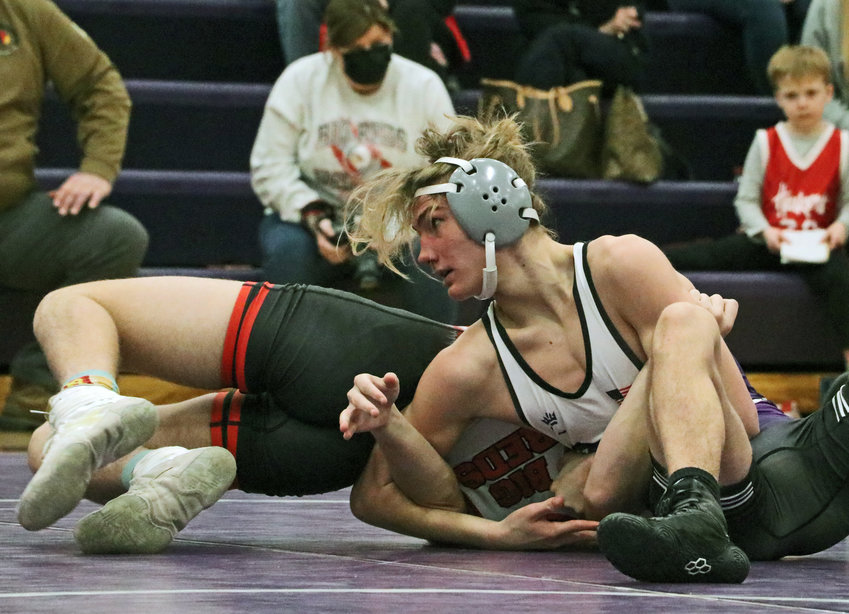 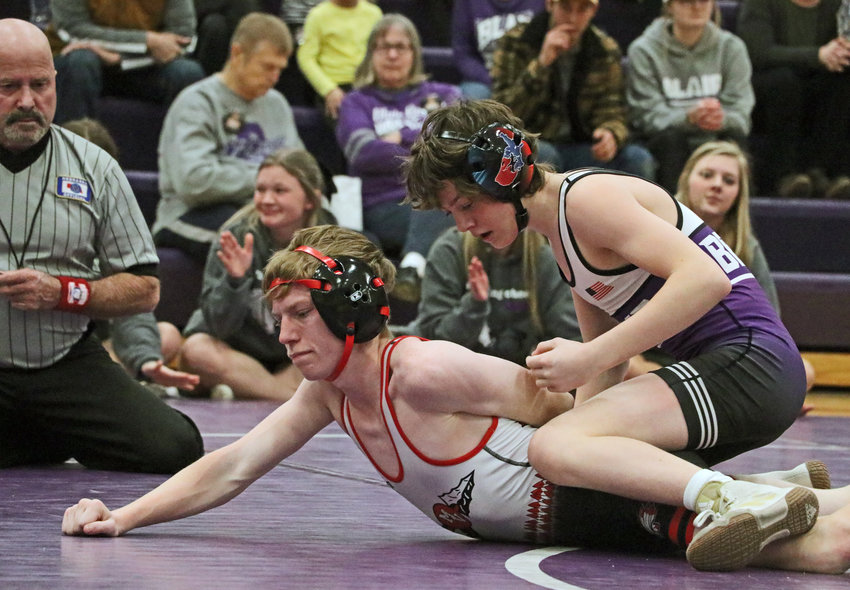 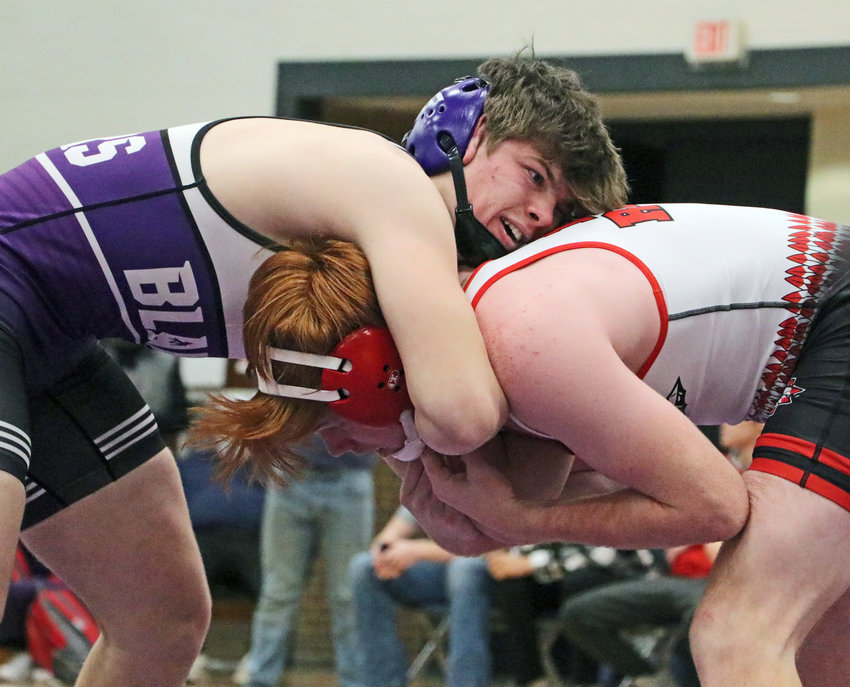 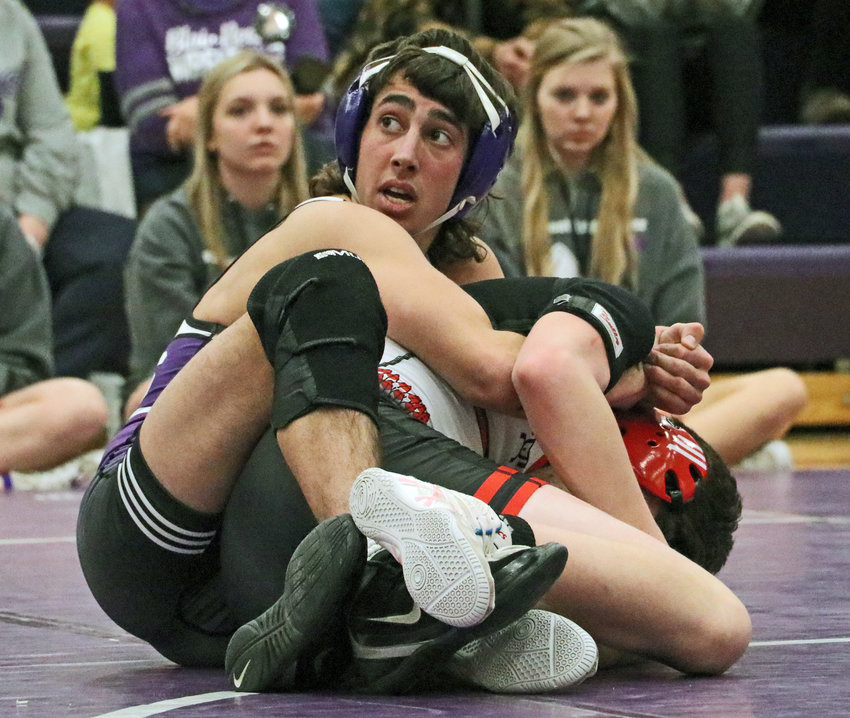 The Blair High School wrestling team was scheduled for junior varsity and varsity competition in Schuyler on Friday and Saturday, but its trips were cancelled.

All Bears activities were canceled Friday with their school's inclement weather closure.

Coach Erich Warner's team is back in action today, however, at a Lincoln Pius X JV meet. The varsity then returns to the mat 9 a.m. Saturday at Urbandale, Iowa.

Their new No. 1 rating didn't add any pressure.
The top-ranked Blair Bears were prepared for Thursday's Senior Night wrestling bout with Missouri Valley (Iowa) and won a runaway, 56-22. Class B's best dual lineup — according to the NSWCA — improved to 23-1 overall in victory.
“We knew we had to keep doing what we were doing to stay at that spot, and we are completely capable of doing so,” senior Josh Rogge said. “So, we just had to go out and wrestle as we always have.”
The win was his class' 89th over the last four years. The senior group, which includes Landon Templar, Charlie Powers, Livai Opetaia, Spencer Beal, Seth Raymond and Rogge, was celebrated before the match alongside manager Lexi Jones. Another 12th-grade manager, Kaylee Kies, was absent, but announced to the crowd for her contributions.
The Bears' visitor scored a match win first at 285 pounds before freshman Cole Welte pinned Missouri Valley's Brad Orther in 3:32 at 106.
The Big Reds' Eli Becerra responded with a major decision at 113 pounds before Blair's Luke Frost evened the team score at 10 with his own at 120. Bears Tyson Brown, Atticus Dick and Brock Templar then scored back-to-back-to-back pins for a 28-10 team advantage, setting up Rogge for his Senior Night moment at 145 pounds.
“Yoan Camejo is our normal kid at 152 and he actually gave the spot up for Rogge,” BHS coach Erich Warner said. “We ended up putting (Rogge) at '45, but I thought that was a neat thing for a teammate to do for a senior.”
The 12th-grader responded with a 27-second pin of Missouri Valley's Colton Beckner.
“He got his opportunity and he took advantage of it quick,” Warner said. “That was awesome to see.”
Rogge said he wrestled for his teammates.
“I just knew I had to go out there and do the best that I could and ended up with a fall,” he said. “I had to help the team out.”
The 145-pounder latched onto Beckner's leg, wrapped him up and dumped him to the mat.
“Started to go right toward his back and I knew I could catch him there,” Rogge said. “He was done for.”
The win pushed Blair's dual lead to 34-10 with Landon Templar up next. The senior scored a 17-2 technical fall before his 160-pound classmate, Powers, earned his own 16-1 tech.
Kaden Sears secured a first-period Blair pin at 170, too, but the Big Reds won the next pair of matches. So, as it turned out, the final match of the night came down to Opetaia on his Class of 2022's night. The usual 195-pounder didn't know he'd finish things out at 220 too far in advance.
“It usually comes as a surprise,” the Bear said, cracking a smile after his 33-second pin. He'd grabbed a leg and knew he was going to be able to finish Kadin Bonham fast.
“I think it came down to practices,” Opetaia said. “Working hard in practices, and making sure I do it right in practice before I do it in a match. That's really helped.”
The senior was happy to send his teammates and their BHS supporters out for the night with a win.
“It makes me feel good knowing that, when it comes to it, I can get it done,” Opetaia said.
Warner said the wrestler has been a bright spot during a season filled with them.
“He just has continued to improve throughout this year,” the coach said. “It's awesome to see where he is at now compared to where he started.”
Opetaia has helped solidify a lineup that currently resides at No. 1 in the NSCWA poll. Warner said talent is No. 1 when it comes to his team's success, but there's more to it than that.
“No. 2, they get excited for each other,” he said. “Whether its an individual tournament or a dual tournament, they're all following each other around, cheering each other.”
Thus far, the Bears have cheered each other onto 23 dual wins this season.