5th-seeded FCHS nearly knocks off No. 4 DCW in NCC tourney 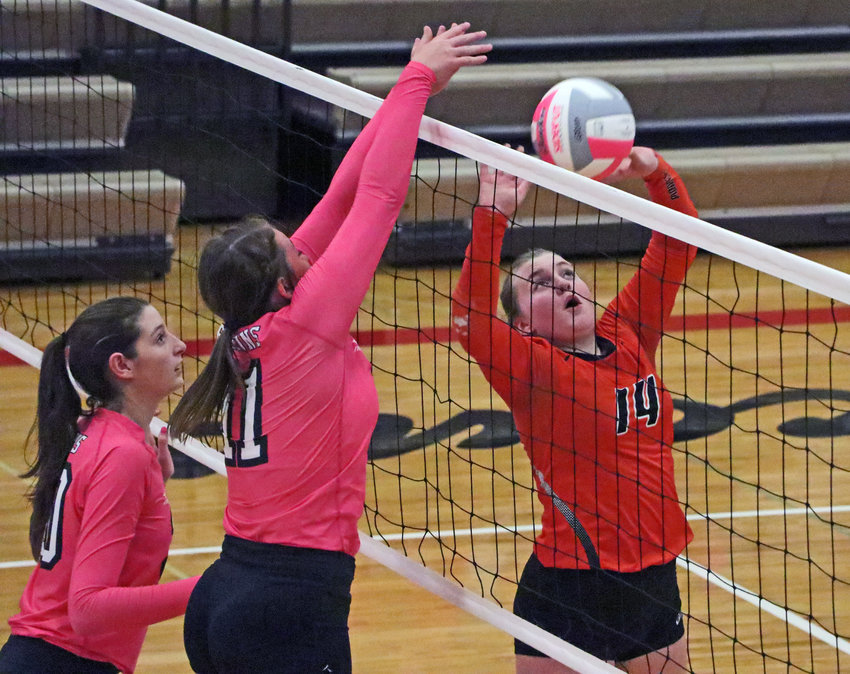 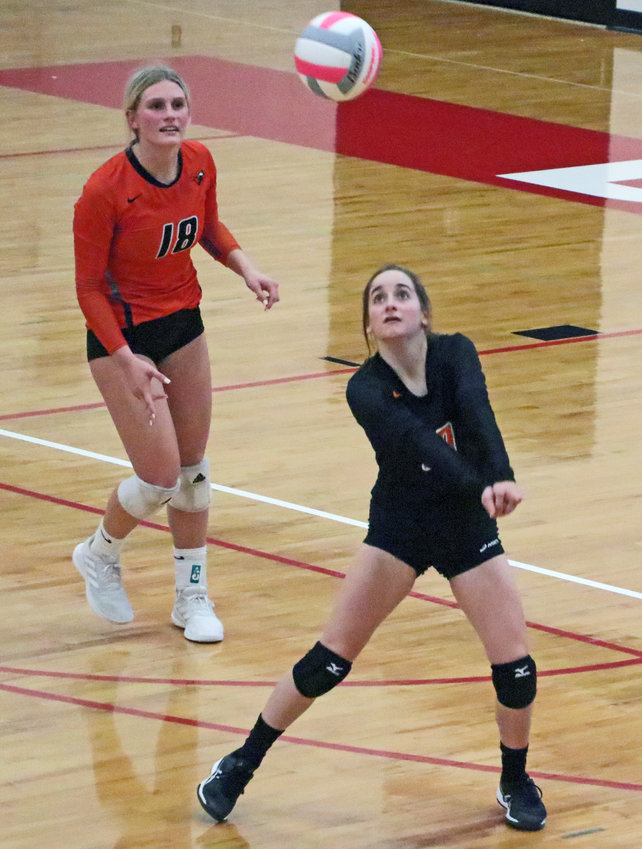 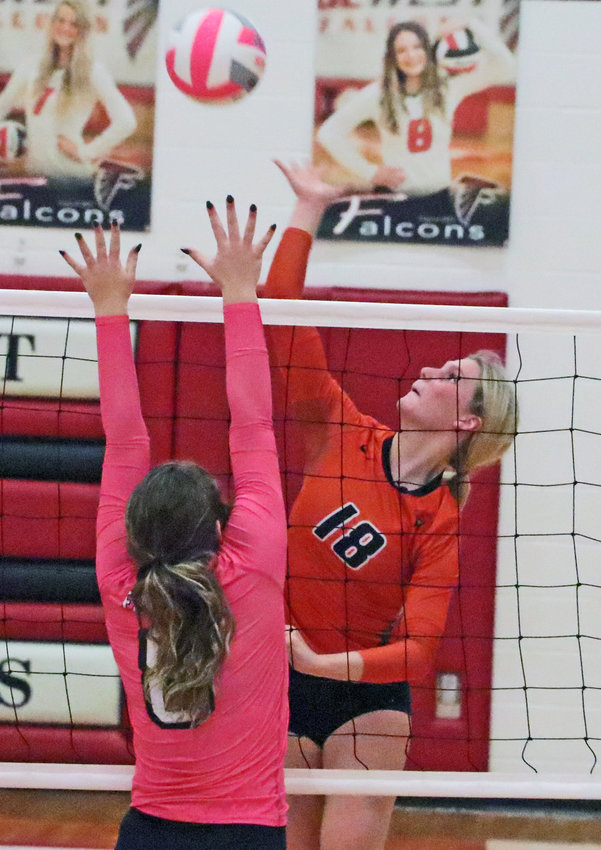 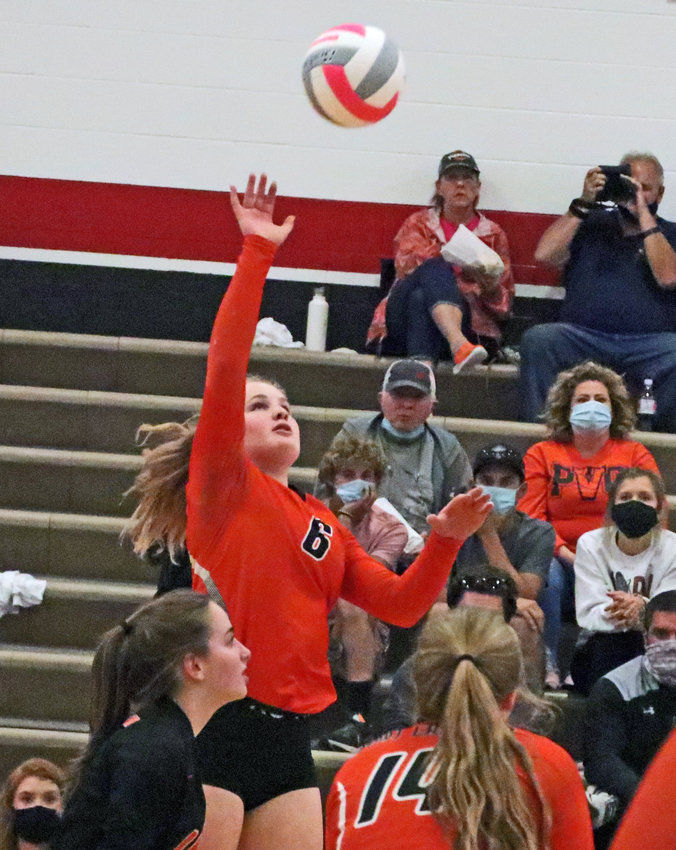 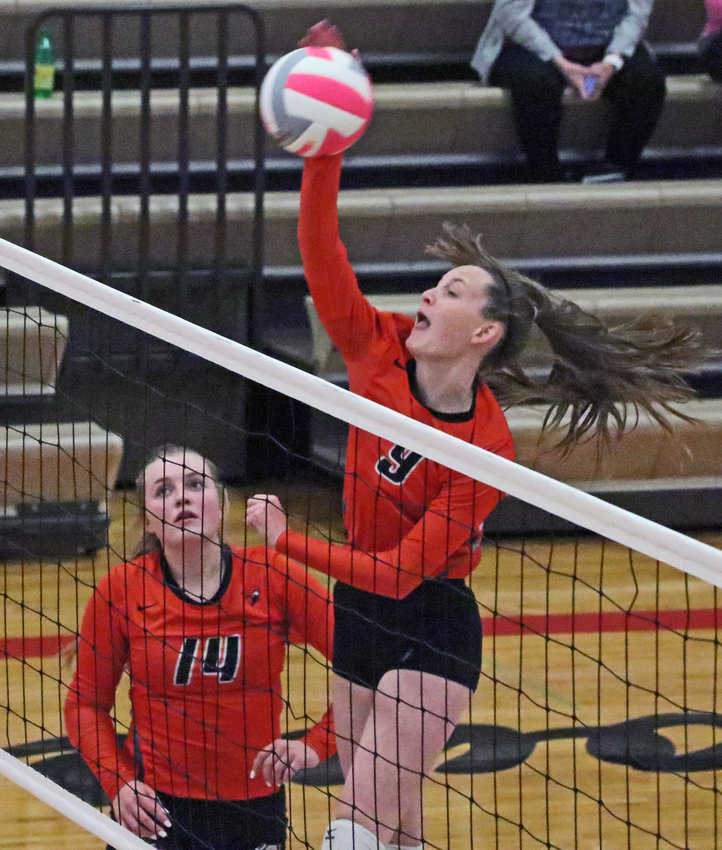 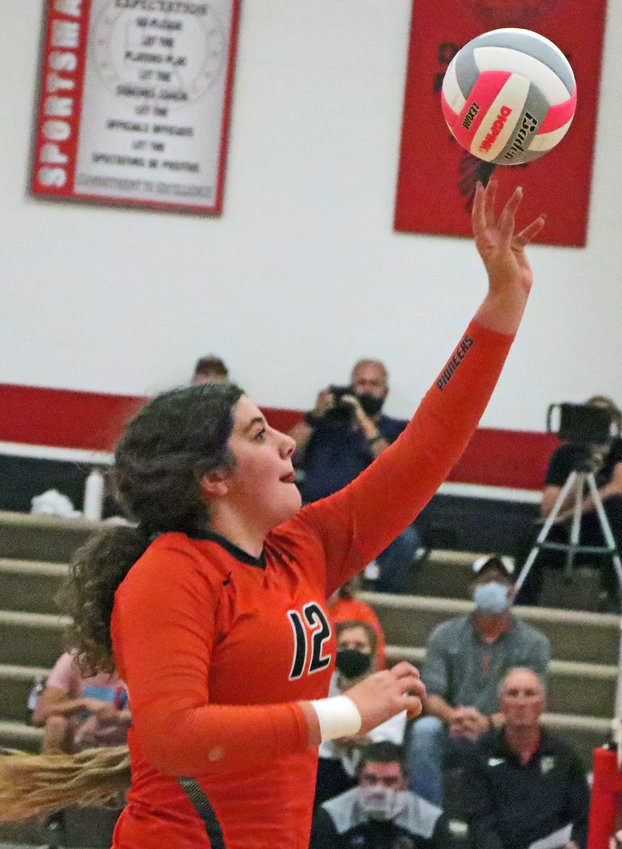 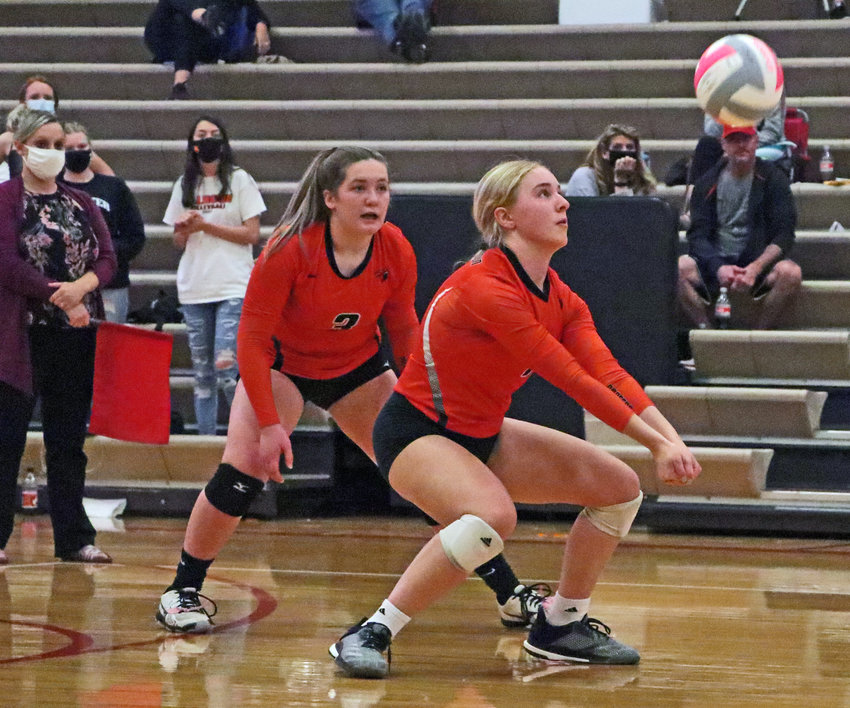 Alivia Cullen had the hot hand Tuesday night.
The Fort Calhoun senior volleyball player pushed her team out ahead of Douglas County West with a kill to the back corner of the court and then a serve the Falcons couldn't handle. From there, though, DC West outscored the Pioneers 12-6 during the fifth set, earning a 3-2 home win during the first round of the Nebraska Capitol Conference Tournament.
Fifth-seeded FCHS (10-10 overall) couldn't quite pull off the upset of the No. 4 Falcons (16-9).
“It's tough,” Pioneers coach James Slie said. “With the amount of years of experience we have, we just need to eliminate those mistakes on our side.”
Cullen's efforts had earned Calhoun a 7-3 lead before the next point took her out of the Pioneers' rotation. Without the senior middle on the floor, DC West outscored Slie's team 9-2.
“Our other girls are able to pull their weight when she's out,” he said, noting the strong play of Grace Genoways and Olvia Quinlan this fall. “It's a momentum booster, of course, when (Cullen) is there, but she tries to do that on the sideline as well.”
It was a Quinlan tip that brought Cullen back on the floor with the Pioneers trailing the fifth set just 12-10. Kaitlin Smith notched Calhoun's 11th and 13th points — the 13th on a spike off of a Falcon block — but DCW finished off the 3-2 win with a long hit just inside the lines of the back corner.
Earlier, the Pioneers had fallen behind with the Falcons' 25-19 win during the first set, but evened the score with a 25-20 second. Cullen, Ellie Lienemann, Raegen Wells, Megan Johnson and Quinlan all notched kills to get there, while Johnson and Cullen also logged aces.
Douglas County bounced back with a 25-21 third set, but Fort Calhoun eventually forced a fifth with a 25-22 fourth. Cullen, Smith, Johnson, Lienemann and Quinlan again contributed points before the Falcons hit the ball long for the Pioneers' 25th.
While the loss was a disappointment, Slie couldn't fault his team's effort in the NCC opener, which wound up DCW coach Bob Wald's 400th victory.
“They fought hard,” he said. “They played good tonight.”
FCHS was scheduled to play a conference consolation match on Thursday, and will host Conestoga on Tuesday. The latter game begins at 7 p.m.