4th in the conference 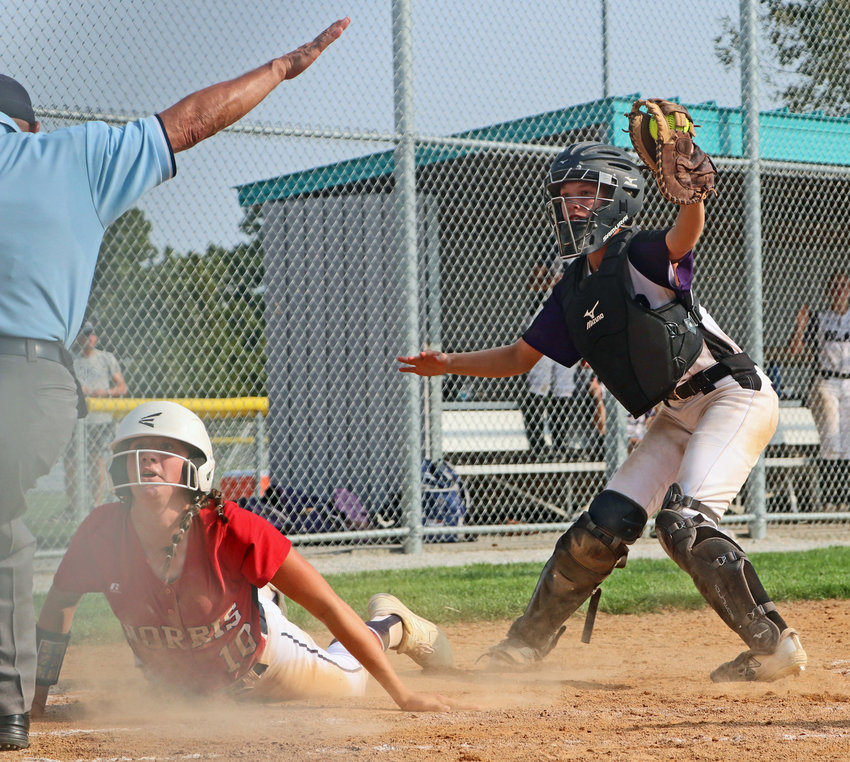 Blair catcher Nessa McMillen shows the umpire the ball in her glove, but he calls the Norris base runner safe at the plate Saturday during the Eastern Midlands Conference Tournament at the Youth Sports Complex. The Titans won the third-place game 4-3.
Grant Egger 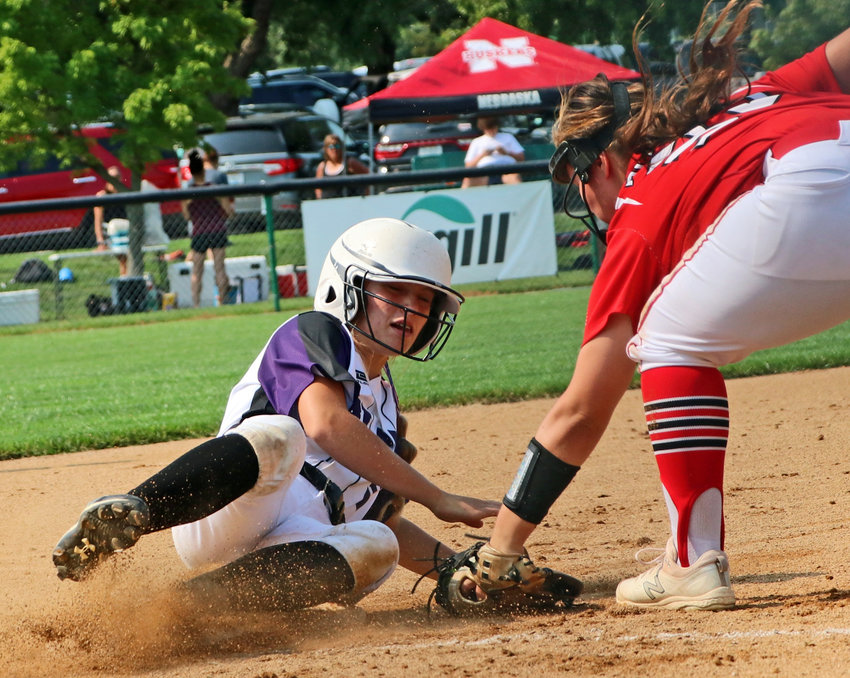 Blair pinch-runner Audie Keeling slides in safe at third base against Elkhorn on Saturday at the Youth Sports Complex.
Grant Egger 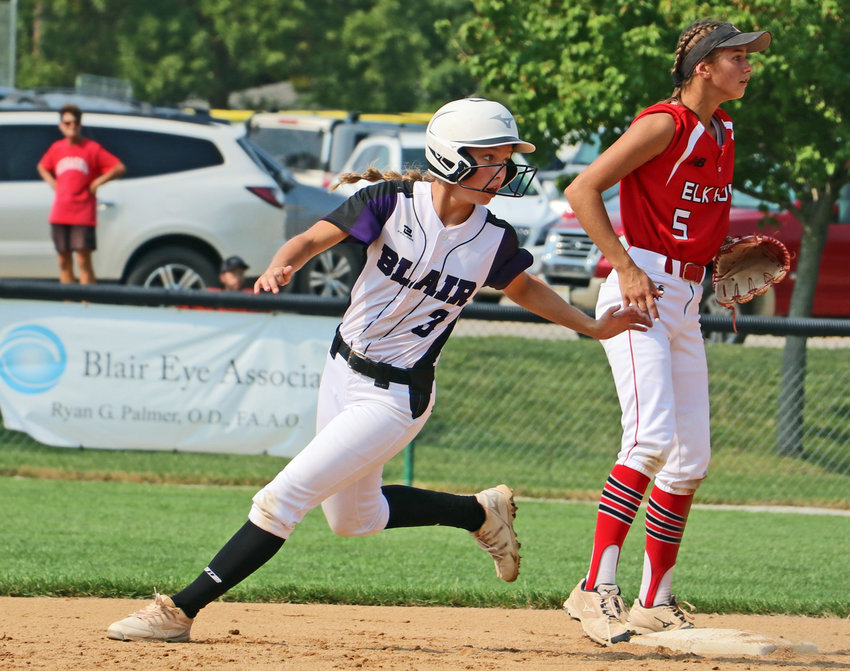 Blair base runner Leah Chance, middle, looks back to first base as she rounds second Saturday at the Youth Sports Complex.
Grant Egger 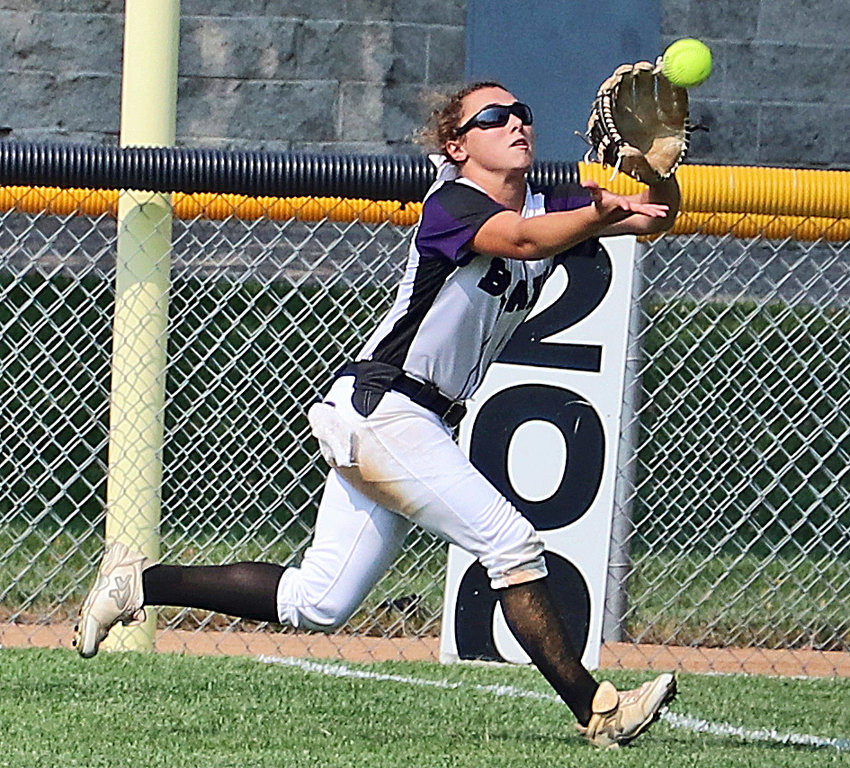 Cailey Anderson of Blair makes a catch down the right field line Saturday at the Youth Sports Complex.
Grant Egger 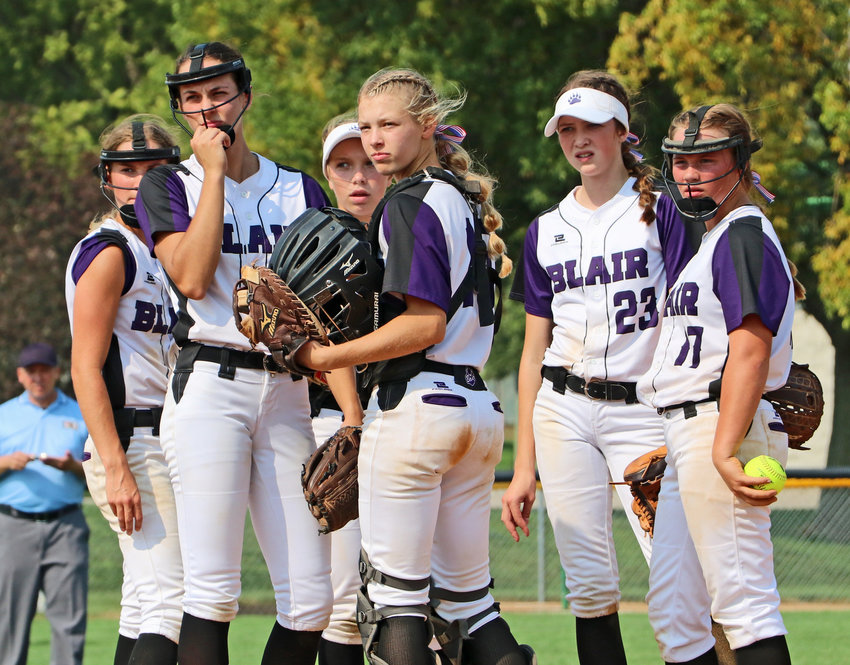 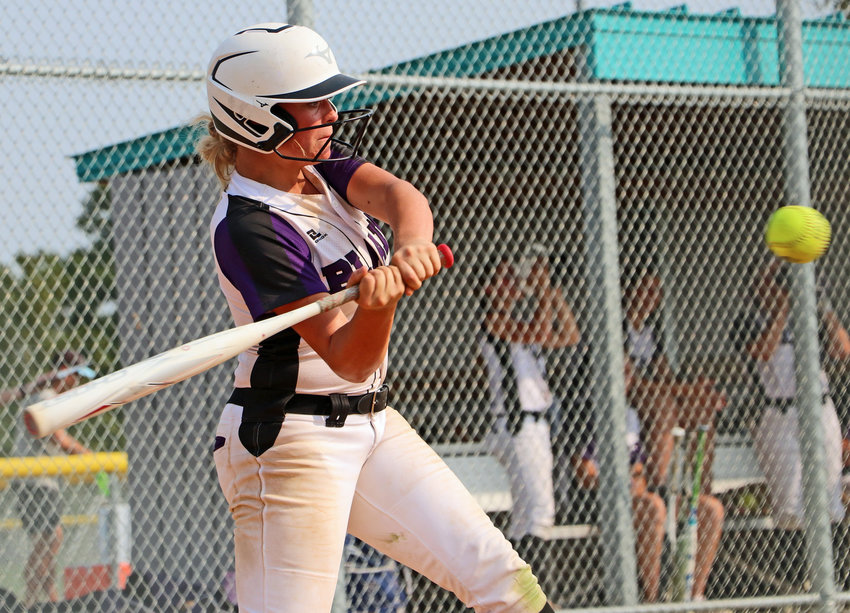 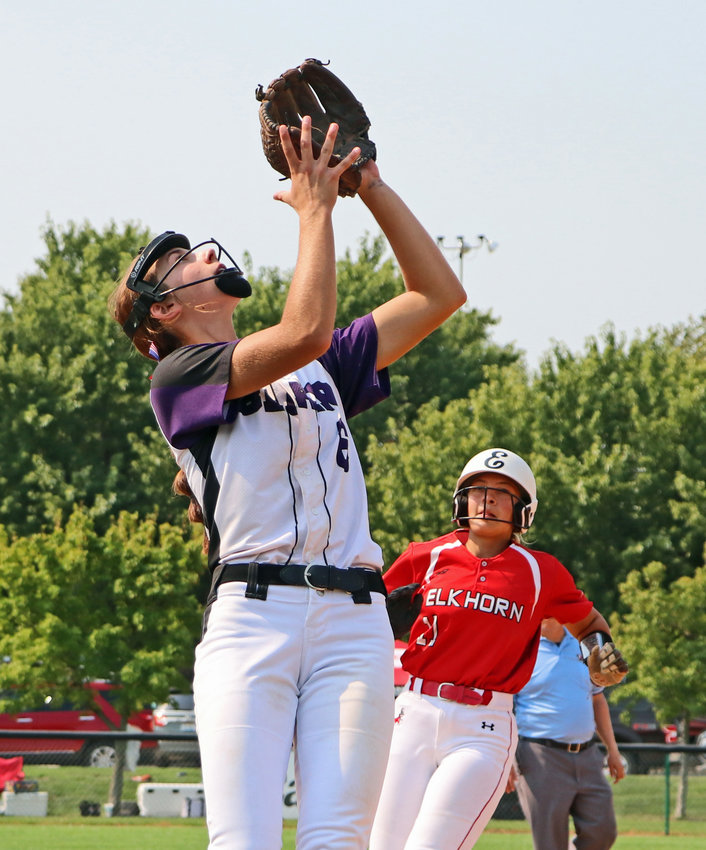 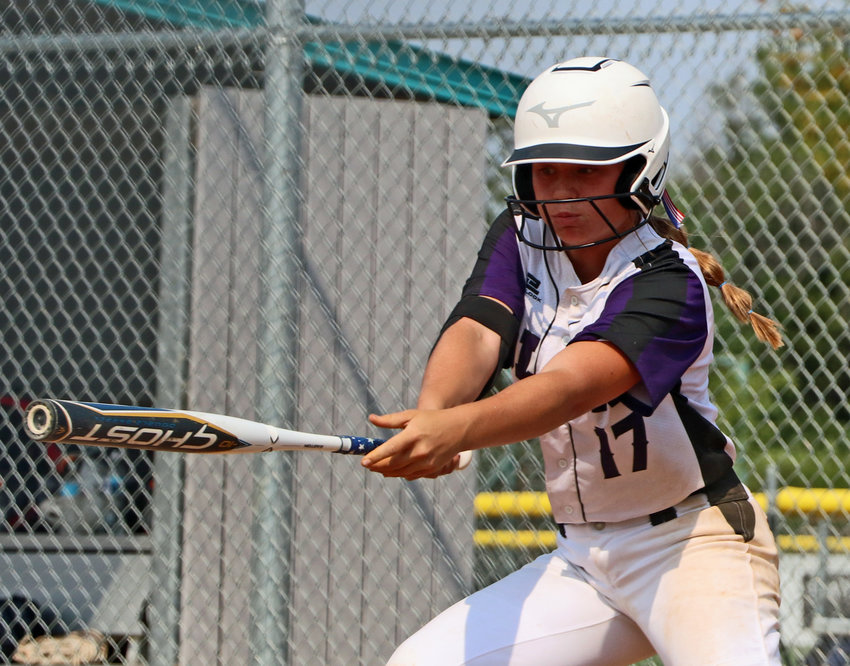 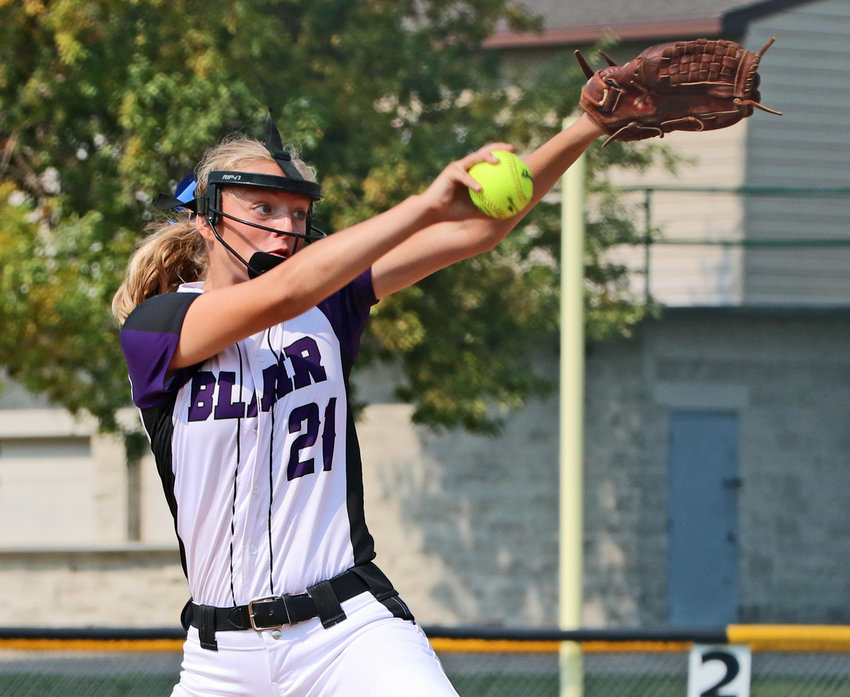 The Class B No. 8 Blair softball team went 1-2 Saturday, finishing fourth in the six-team Eastern Midlands Conference (EMC) Tournament at their home complex.
The Bears (13-7 overall) routed Elkhorn North 8-1 in the opener, lost a 15-2 clunker against No. 10 Elkhorn and then fell short against the No. 6 Norris Titans, 4-3.
“We know we're a defensively strong team. We know we're a strong offensive team,” BHS coach Jennifer Fangmeier explained. “But we need to make sure we overcome those mental obstacles and don't let things roll over, and make uncharacteristic plays.”
The Bears made a lot of miscues against the Antlers. The 13-run loss lasted just three innings after the home squad surrendered eight runs during the first inning. Nessa McMillen and Claire Mann notched RBIs in defeat, but the inability to get outs thwarted Blair's EMC title hopes early.
Fortunately for Fangmeier and her staff, the Bears were able to shake it off and play a solid overall game against Norris.
“I was really proud of them,” the coach said. “That (third-place) game could have went two different ways.”
It went the way BHS wanted. The players competed hard, focused and they were patient at the plate.
“We did everything we were supposed to do,” Fangmeier said. “We just didn't produce enough runs.”
The home team took a 1-0 advantage during the third inning when Cailey Anderson raced from third base to the plate on a Norris error. The lead held until the top of the sixth when the Titans got a one-out bloop to drop in shallow left-centerfield. Norris scored four runs from there, including three on RBI swings and another on a BHS miscue.
Down to their last at-bats and trailing 4-1, the Bears' Tessa Villotta, Claire Mann and Kalli Ulven loaded the bases. Capitalizing on the situation, Jerzie Janning sacrificed in a run and Mann scored on a passed ball, but the Titans earned the outs they needed to claim third place in the EMC.
Blair, meanwhile, finished fourth because of its seven-run win against Elkhorn North early Saturday morning. Villotta hit a grand slam during Saturday's lone win, while Ulven tallied the pitching victory.
At the end of the day, on the Youth Sports Complex field opposite the Bears' diamond, Bennington beat Elkhorn 8-0 for the Eastern Midlands tourney title. Waverly was fifth and North took sixth.