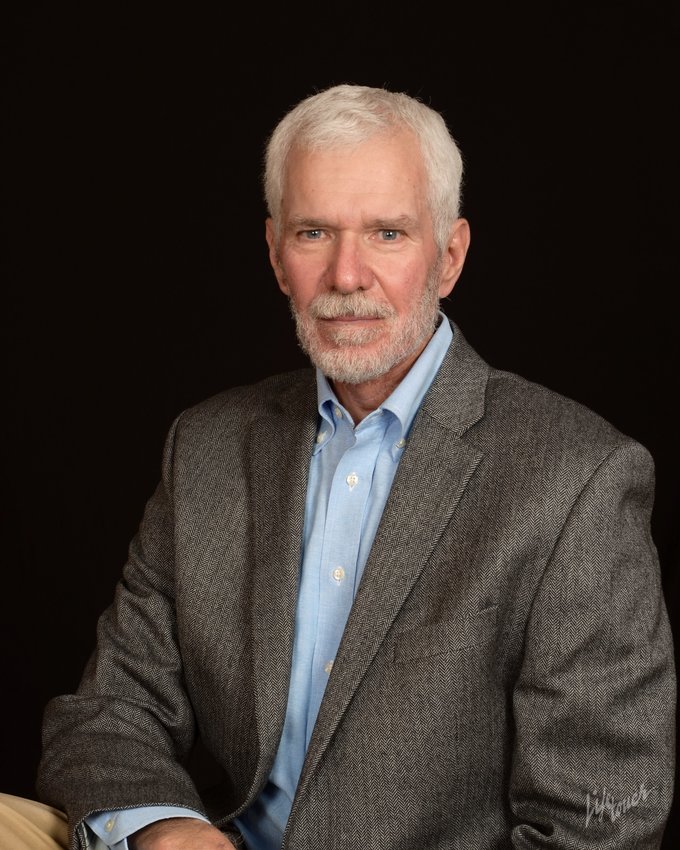 Michael S. Mahlendorf was the second child of Herman and Jeanne Mahlendorf of Uehling. He had three other siblings, Connie, John and Vicki.  He grew up on a farm outside Uehling, where he helped with daily farm life. He attended Uehling School and was the last high school graduating class of 12 classmates.  After graduation, Mike attended Norfolk Community College and continued his studies at Peru State with a degree in Physical Education.  His senior year he got married, and upon graduation, he joined the National Guard serving 6 years of duty.

His next move was to Emmetsburg, Iowa, where he worked as a recruiter for the Boy Scouts out of the Sioux City office. It wasn’t long, Mike was working for John Spies and the Iowa Trust and Saving Bank, and his banking career began. He was trained in every department of the bank.  While in Emmetsburg, his daughter Jeni was born, however the marriage didn’t last.

After a short courtship, Mike and Donna Berninghaus married and they became a family of four with Mike adopting her son, Brian. A year later they added another daughter to their family – Emily. Mike was active in the Chamber, Rotary, was the starter for years of track races at the high school, acting in the Community Theater, helping with Miss Shamrock Contest, and Bethany Lutheran Church. He loved hunting ducks/geese, boating at Okoboji and spending many weekends and vacations there.

Mike moved on from Iowa Trust to Citizen State Bank in Donnellson, Iowa, as Vice President working for Jerry Harkins. Serving several years there.  While there, his family explored the area on the Mississippi River.  He then joined Sibley State Bank as Vice President, for the Lauritzen Family, and wasn’t long that he was the President of the bank. Mike completed his Graduate School of Banking at Colorado, while at Sibley and was active with Iowa Banker’s Association, Chamber, Rotary. He loved playing Santa while there, and organizing many 5-mile bicycle rides and a hotdog roast afterwards. He also showed off his acting skills with several Off Off-Broadway Community Theater plays. While at Sibley he got a horse and made many horse trips, playing cowboy rounding up lost steers for local farmers. One particular trip was to the Black Hills as he and another friend came riding into the middle of the visitors’ areas of Mount Rushmore, as a park ranger wanted to know how they got there, and then quickly escorted them out of the park.

Mike had an opportunity to became the President of Washington County Bank, in Blair. He loved making farm visits, and was good at recognizing and hiring young talent to be part of the organization. He would stress the importance of hard work, but to also have fun with his staff, and show how he cared about them. He emerged himself on the Memorial Community Hospital Board, helping to save the hospital at one point, and served as Board Chair for many years. He worked tirelessly with the capital campaign for the clinic and also for the building of the new hospital. He was active with various committees on the Nebraska Bankers Association, Economic Development and part of a team that brought Cargill to Blair.

In Mike’s spare time you would see him out riding his horses. One time he bought three colts and you would see him walking them all over town. Or when a new house was being built, he would ride his horse through it. Kids would come running to pet his horse and he was always proud of those moment. He loved riding when there was a full moon or fresh snow. Giving birthday parties to kids, and teaching them to rope. He loved being a cowboy.

The last opportunity given to Mike was to be President of the Lauritzen Corporation and the overseeing of banks in Iowa, S.D., and Neb. His office was on the 39th floor of the tower, as he led many changes and was on several boards.

After retirement, Mike co-authored a book on leadership with Wanda Harris, Leadership – The Stuff No One Talks About. He has always loved woodworking, and his tool shop grew as he made many different styles of tables, benches, and even a 30 ft. houseboat. He was an expert boater teaching new boaters and grandkids how to drive boats, to dock down wind, and don’t let your ropes on your boat get wet.

The family would like to thank the incredible expertise of Dr. Bill Lydiatt and his staff for their kindness and expertise having kept Mike alive after tongue cancer twice. Also, Dana McCabe and the nurses at Ft Calhoun Clinic for their help and care too. There was nothing that was normal for Mike and he was so thankful to have medical expertise from UNMC Medical Center, Methodist Hospital, Memorial Community Hospital in Blair.

In Lieu of flowers, please make a donation to the Washington County Community Foundation Endowment Fund (1646 Washington Street Blair, Nebraska 68008) in memory of Mike, who was on the founding board of this organization.