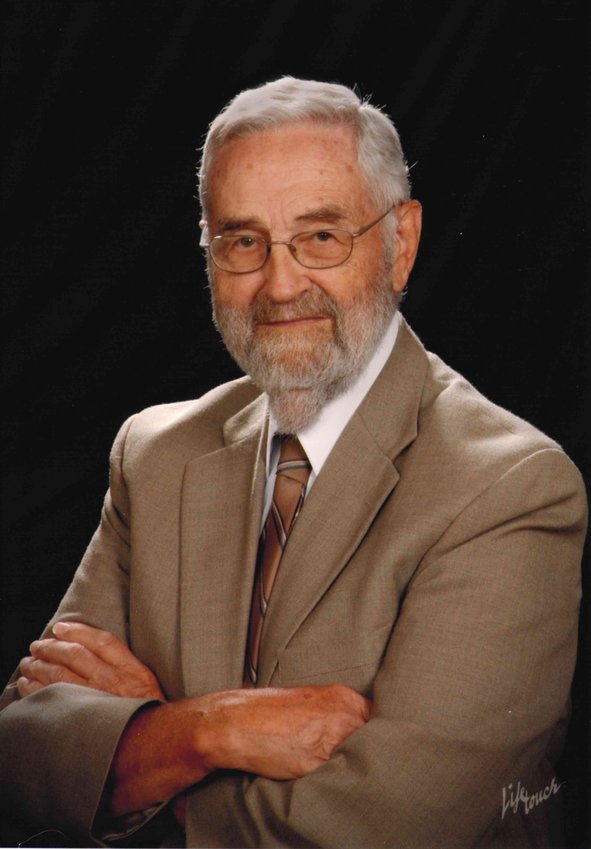 Arvin R. Hernes, age 89 of Blair, passed away July 5, 2022, surrounded by his loving family, at
his home in Blair. Military graveside services will be held Monday July 11, at 10 a.m. at
Omaha National Cemetery. Visitation will be held Sunday July 10 from 5 to 7 p.m. at
Campbell Aman Funeral Home in Blair.
Arvin was born Jan. 5, 1933, the second of seven sons of Alfred and Gladys Hernes of
Naples, S.D. The family later moved to Canton, S.D. where he attended high school and
graduated from Augustana Academy. He later served in the United States Army and served in
France for a year. After his honorable discharge from the Army, Arvin was united in marriage to
Betty Bates on Aug. 19, 1956. They lived in Sioux Falls, S.D. where he completed his
bachelor's degree at Augustana College while Betty worked as a nurse. The couple moved to
Rapid City in 1958 and later to Blair in 1961, where they lived the rest of their lives.
Arvin taught physics, math and computer science at Dana College from 1961 to 1996. Arvin
and Betty were active members of the Dana Community during their time there and after their
retirement. Arvin was an avid HAM radio operator and Betty also earned her radio license.
They enjoyed bike rides at DeSoto National Wildlife Refuge and time spent with family. Arvin
and Betty were longtime members of First Lutheran Church in Blair. In later years he was an
active volunteer at the Danish American Archive &amp; Library in Blair, continued bike riding and
enjoying family time. He was proud of his family’s Norwegian heritage and of his service in the
U.S. Army
He is survived by his children; Karla Broman of Blair and Kevin (Jeana) Hernes of Arlington,
grandchildren; Daniel (Alexis) Broman, Ty Hernes and Kodi (Mitchell Trask) Hernes and great
grandson Arthur Broman.
Arvin was preceded in death by his parents, wife Betty and infant son Alfred.
Memorials may be directed to the Danish American Archive &amp; Library in Blair or First Lutheran
Church in Blair.