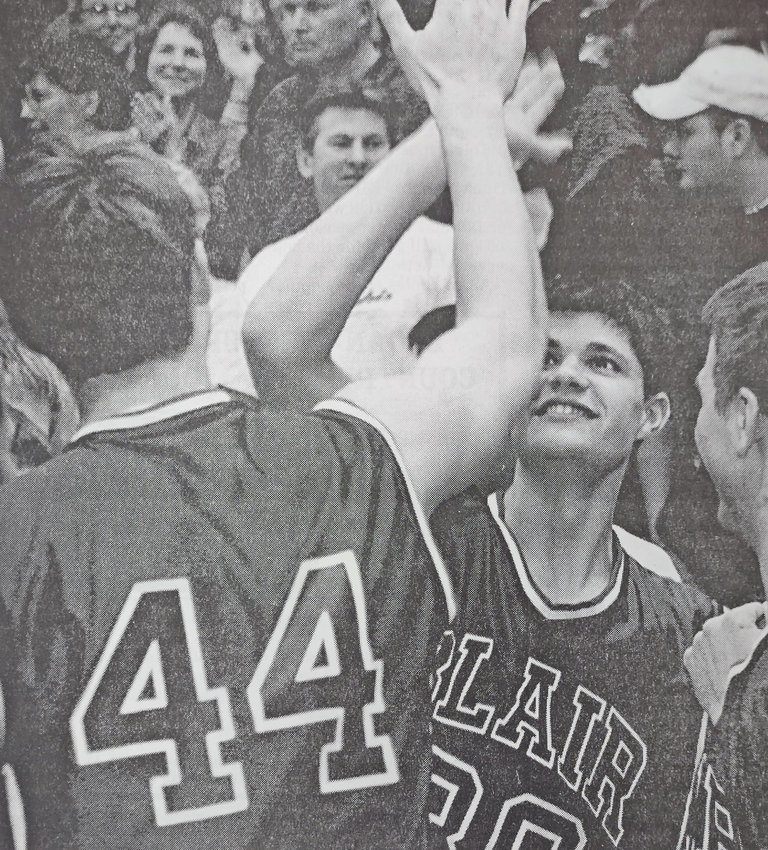 Blair's Colton Peterson gives teammate Pete Reynolds a high-five as the clock winds down during the Bears' win against Elkhorn during a 2004 district finals game.
Enterpirse File Photo 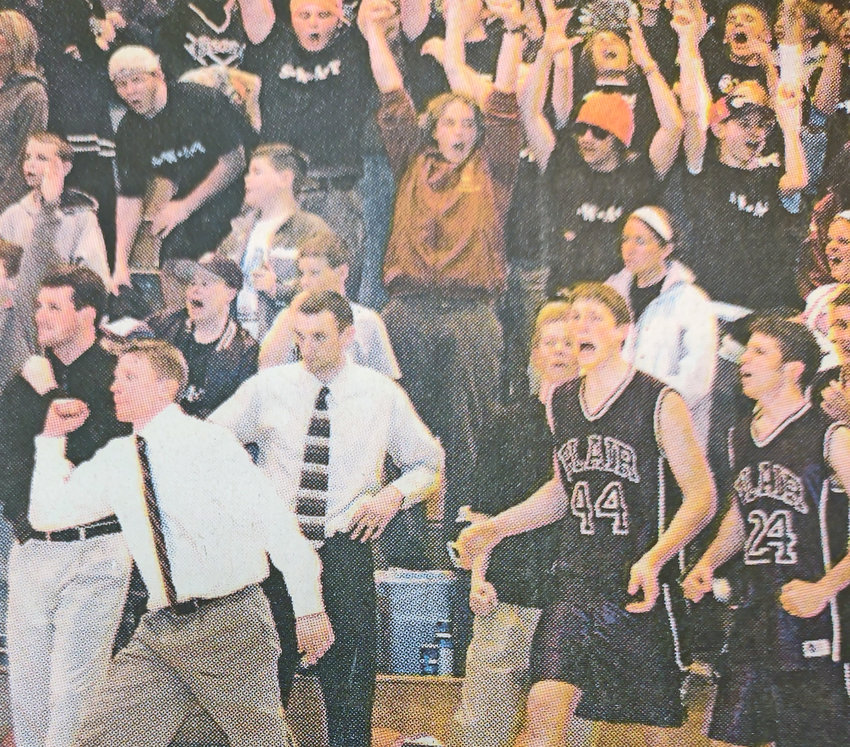 A wild card berth broke a 40-year state slump in 2003, but the Blair boys basketball team further earned their way with a district title a year later.
With history on the line, the Bears beat Elkhorn 69-57 in Fremont for their second-straight Class B qualification.
“We're going to Lincoln, baby,” senior Tim Leishman said. “We outright won our district for the first time in 41 years and we're the best team in our region.”
The victory clinched what would amount to a 1-1 state tournament showing for coach Ryan Mlnarik's squad. Sixth-seeded BHS first matched up with and defeated No. 3 Ogallala at Pershing Auditorium in Lincoln, 62-50.
The Bears started fast, jumping out to a 12-4 first period lead.
“The first 5 minutes we felt were very important,” Mlnarik said. “We wanted to come out and get off to a great start.”
Marcus Loudner scored 24 points to lead Blair, while Pete Reynolds and John Hundtoft added 14 and 11, respectively.
In the next round, the semifinals, the Bears came up short against Lincoln Pius X, 54-35. Reynolds led his squad in defeat with 10 points at the Bob Devaney Sports Center.
Though Pius X led throughout, Mlnarik was proud of BHS' efforts.
“We fought back like champions tonight. We really did,” the coach said. “I've got a group of seniors who left it all on the floor and they can only be proud of themselves.”
The 2021-22 Blair High School boys basketball season begins 4 p.m. Saturday at Ralston. The current Bears are coming off of their own skid-ending state tourney appearance last season and hope to return to the eight-team bracket again this year.