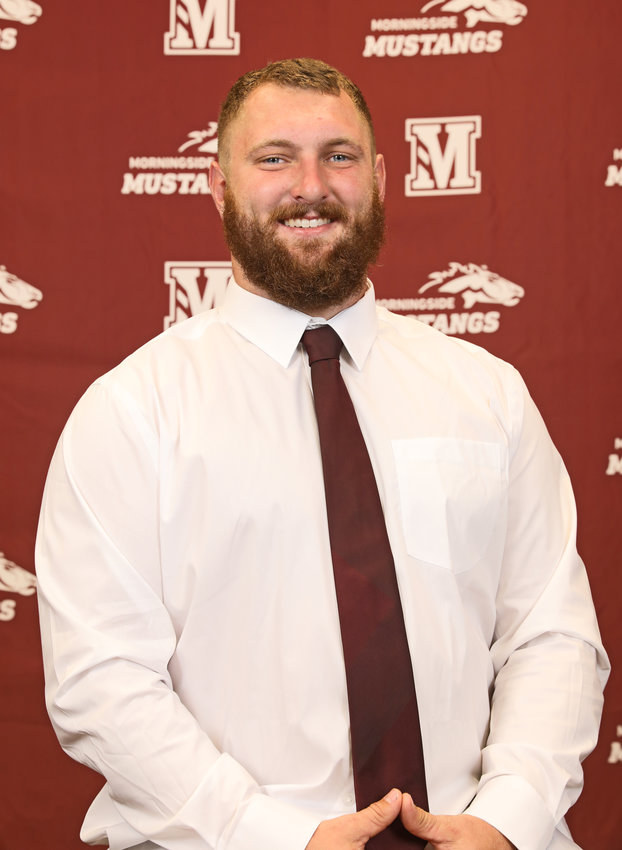 Blair grad Carter Anderson has played a key role for the Morningside Mustangs this fall.
Photo Courtesy of Morningside
Posted Tuesday, November 23, 2021 6:00 am

Volk claims Big South honor
For the second year in a row, Arlington graduate Grace Volk is the Big South Conference Scholar-Athlete of the Year.
The UNC-Asheville volleyball player's news was announced by the conference Nov. 17.
“What a tremendous honor for Grace,” said Bulldog coach Frederico Santos in a school release. “We are so proud of her, and all she has accomplished and continues to accomplish here at UNC Asheville, on and off the court.”
Volk, a senior, has accumulated 1,579 assists during her 76-match college career. She currently stands ninth in school history in set assists.

Arlington JH teams off to 2-0 starts
All three Arlington junior high boys basketball teams started their seasons 2-0.
The A squad defeated Fort Calhoun 41-32 on Nov. 9 before topping Raymond Central 54-24 on Nov. 11. Jaxon Burns led the Eagles with 11 points against the Pioneers before Adam Elofson notched 20 against the Mustangs.
The Arlington B squad, meanwhile, topped Fort Calhoun 34-23. It then bested Raymond Central with Carter Eiring notching 17 points.
The C team's wins came by 27-3 and 22-8 scores. Hadyn Hegemann is the team leader in scoring through two games with 10 points.

Wrestling Club to start practice soon
Blair Wrestling Club officially opens practice Nov. 29, according to its website calendar.
The Club hosted its parent meeting Monday and will start regular practices at its new location next week. The Bears' new home base is located at 1653 Colfax Street near the Blair Central School Apartments.
More information regarding Blair Wrestling Club can be found online at blairwrestlingclub.com.