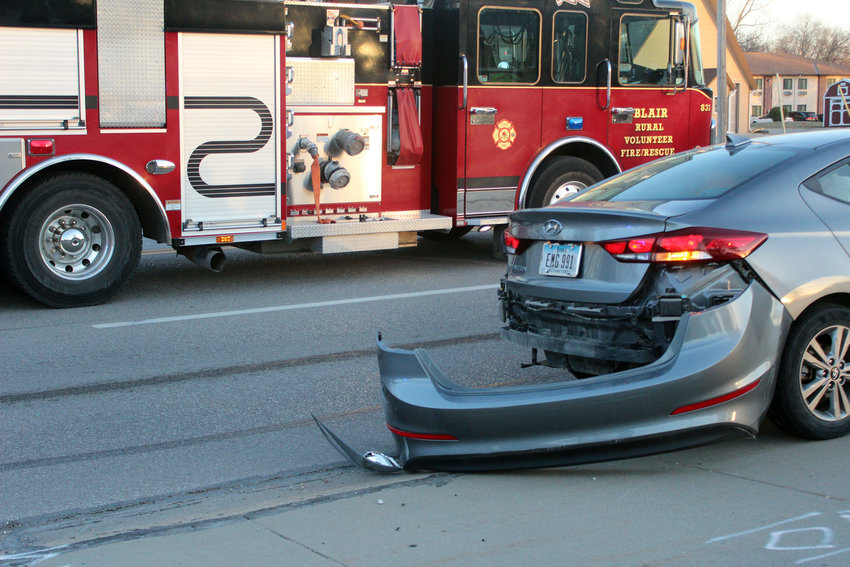 No serious injuries were reported as a result of a two-vehicle accident Tuesday afternoon on 13th and South streets in Blair.
Cheyenne Alexis
Posted Tuesday, November 22, 2022 6:06 pm
By Cheyenne Alexis - features@enterprisepub.com

The Blair Police Department and Blair Fire and Rescue Department responded to a two-vehicle accident Tuesday afternoon on 13th and South streets in Blair.

Officer Aaron Wattenbach said one vehicle, a Hyundai Elantra, came to a stop at the intersection and failed to use caution while turning, causing an SUV to hit them from behind.

Wattenbach said both parties inside the vehicles didn't report any major injuries, though the airbags in the SUV were deployed.