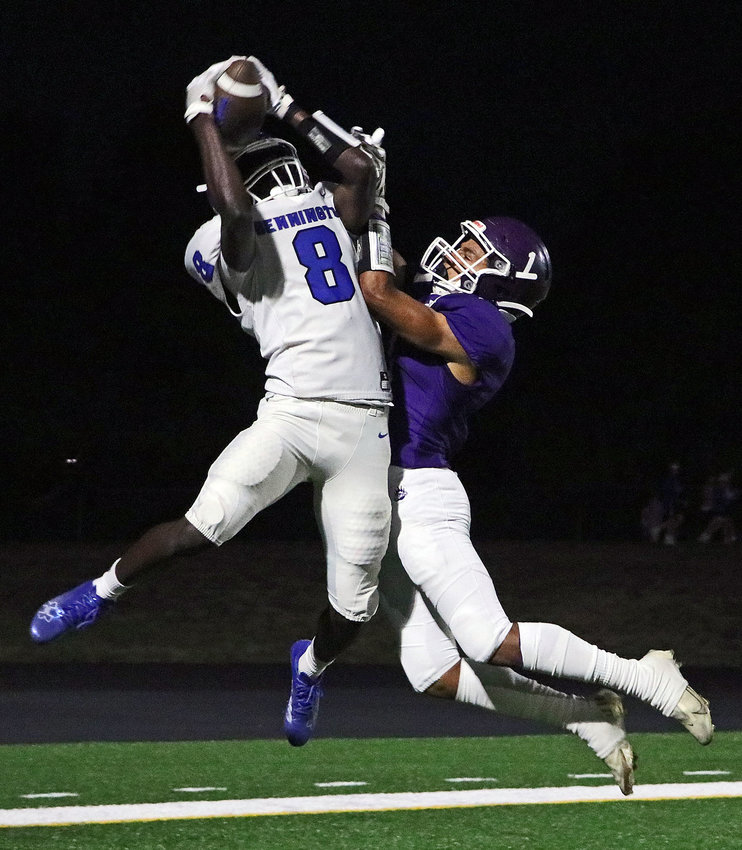 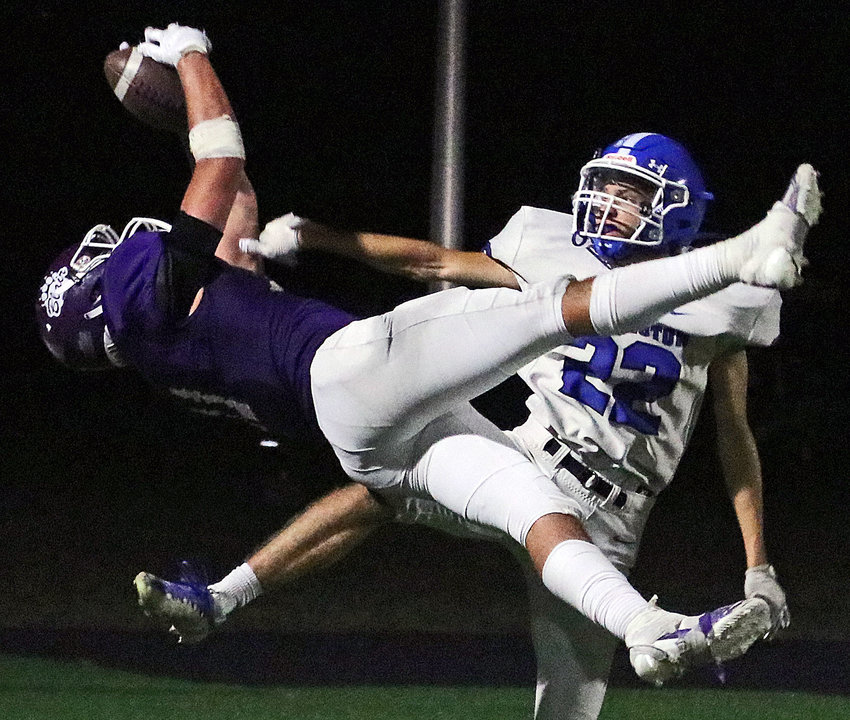 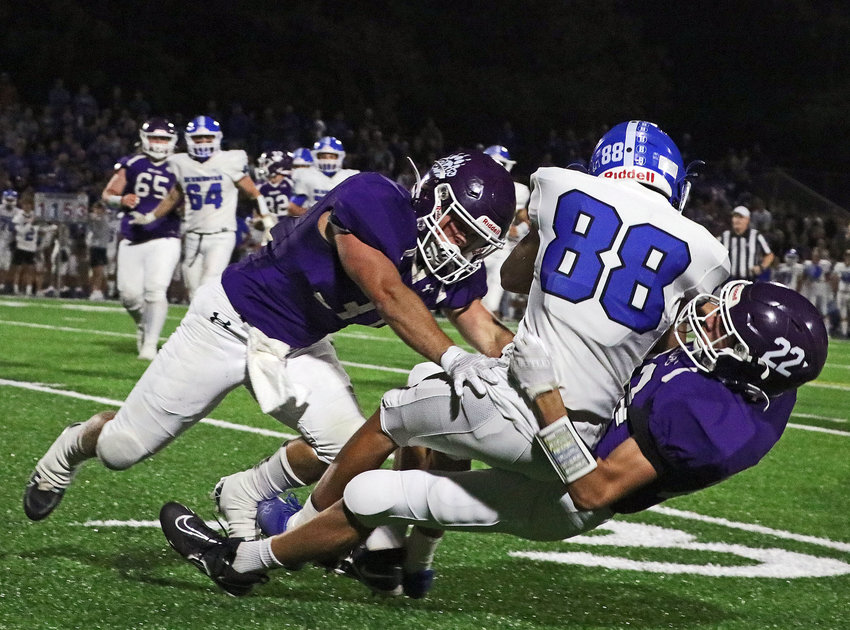 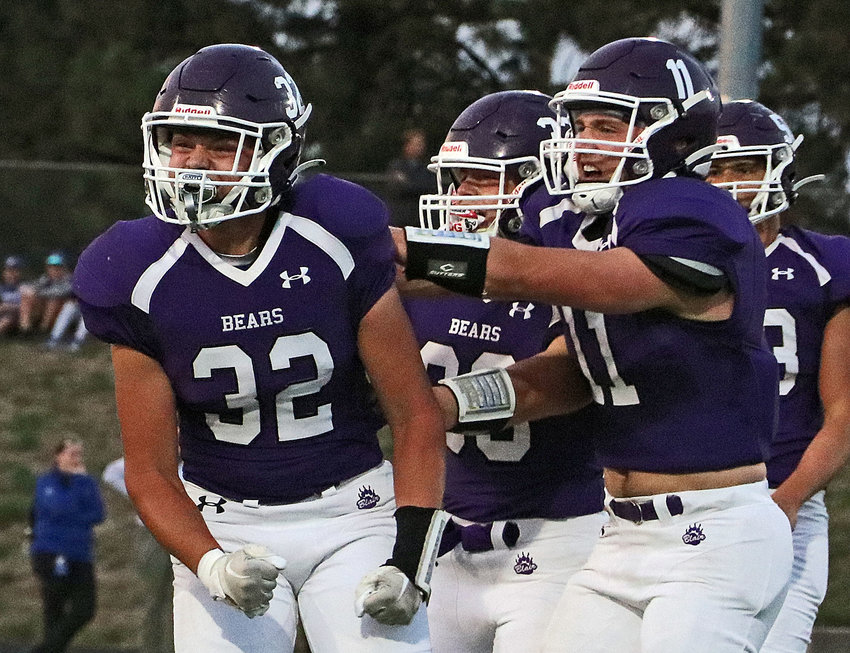 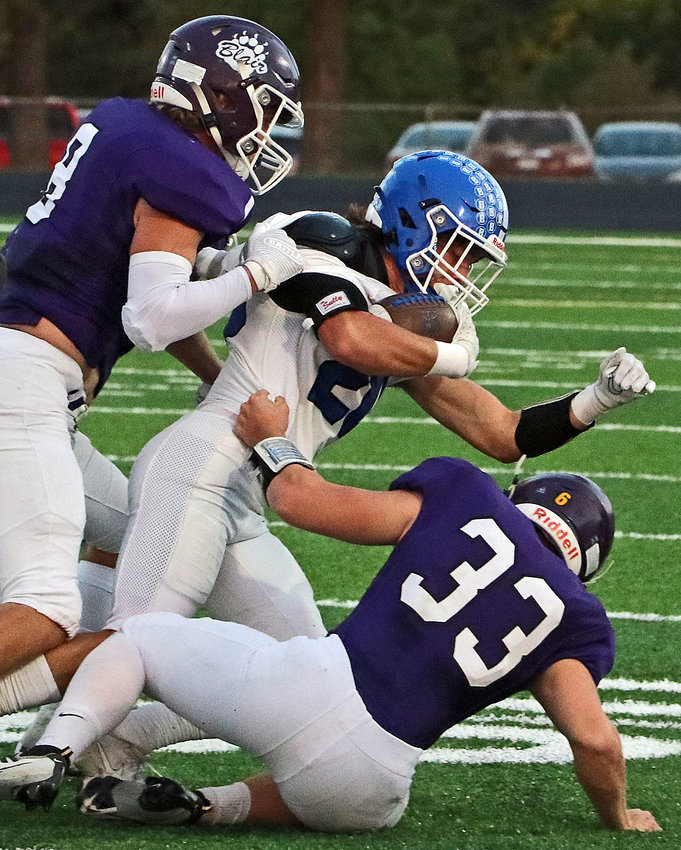 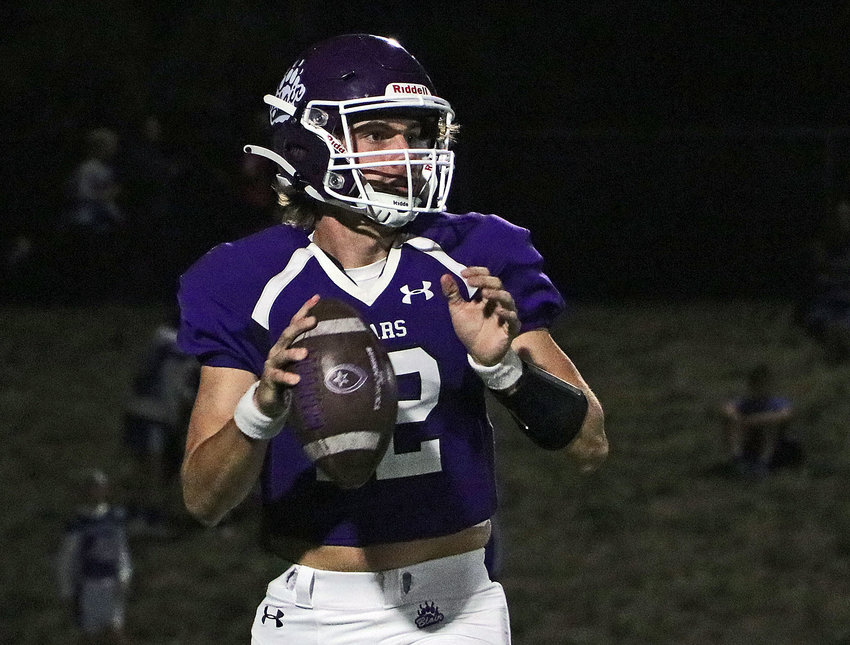 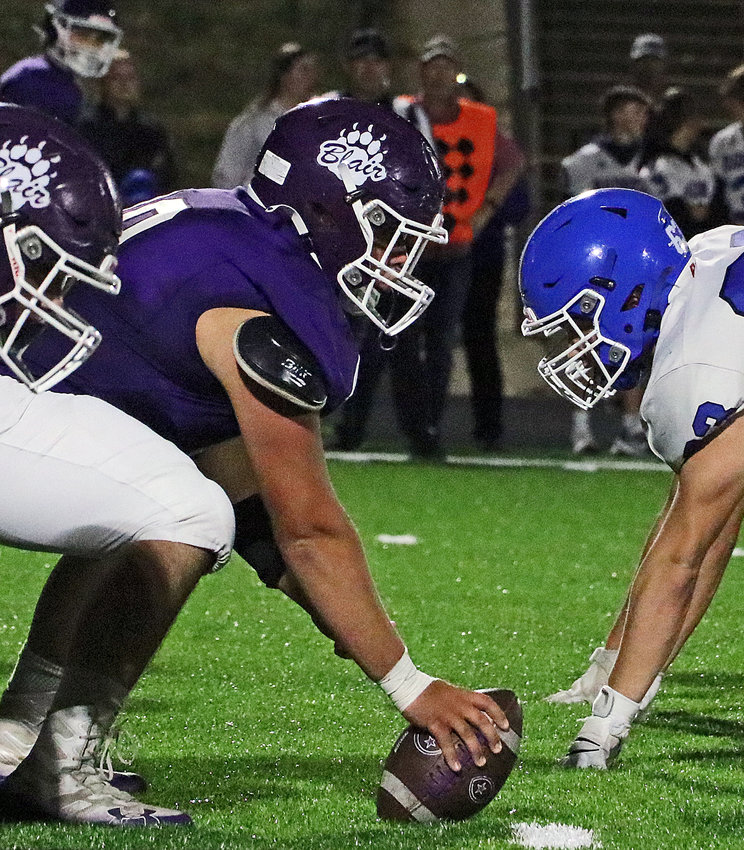 With the result of last Friday's game at Krantz Field, the Blair High School football team is 4-2 this season.
The Bears are improved from last fall's 1-8 campaign, but they're still building in an effort to contend with Class B's top teams. So far, coach Bryan Soukup's crew is 0-2 against ranked opponents this year, dropping its most recent bout against No. 1 Bennington, 45-7.
“We talked about it at the beginning of the year,” he said. “Before we start thinking of playoffs or anything like that, we have to first find ways to win games and not beat ourselves.”
Special teams play cost the Bears on Friday after a competitive start against the Badgers. The unbeaten team atop the Omaha World-Herald's rankings started with the ball and drove into BHS territory, but was turned away adamantly.
First, on third-and-9 at the Bears' 28 yard line, linebacker Kaden Sears applied pressure to Bennington quarterback Trey Bird, causing an incompletion.
Then, on fourth-and-9 to go, Blair junior backer Riley Wolff tore through the Badgers' offensive line on a blitz and sacked their QB.
The defensive stand presented Soukup's team its first chance with the ball. The home offense started with a first down run by Ethan Baessler, who raced around the right side of the line to move the chains.
After that initial success, though, the Bears were forced to punt. The end result — an 88-yard Badger return for a touchdown by Gunnar Lym — was the first of three major mistakes by the special teams unit.
“That punt team cost us three touchdowns and I'll take full blame for that,” Soukup said. “You know, we had our snapper go down last week and we probably should have worked it a little bit more this week.”
Blair's coverage team seemingly had Lym cornered when the Bennington returner picked up the punted ball at his last possible chance. The 6-foot, 155-pounder sprung loose, though, giving the Badgers a 7-0 lead with 4:41 left in the first quarter.
“It's just a game-changer,” Soukup said.
Bennington's second first-quarter touchdown came at the end of a one-play drive that started at BHS' 2 yard line. A botched punt snap led to the score just as it did when the Badgers went ahead 35-0 on a 6-yard drive during the second quarter.
“We just can't make those errors if we're going to compete against a team like that,” Soukup said.
Bennington led 42-0 at halftime with Bird running for a touchdown and completing passes for three more. Nick Colvert scored on a 7-yard run, too.
Blair, meanwhile, finally scored down 45-0 with 1:52 left in the Friday night game. Quarterback Bode Soukup saw his junior receiver, Brady Brown, 32 yards downfield with a one-on-one opportunity in the end zone and threw. No. 11 jumped up against Badgers defensive back Beau Pick and came down with the ball, surviving a hard fall to the turf.
Sergio Dominguez added the extra point kick, pulling the Bears within 38 points with 112 seconds left before both teams went through the handshake line.
“We've found ways to just beat ourselves and make it look worse than it really is,” Bryan Soukup said of the Bears' losses to Bennington and No. 2 Omaha Gross. “Because we are 4-2. We are a good football team.”
The coach said his squad is working toward putting together a four-quarter effort. It wants to contend against Class B's best and win.
The Bears host No. 3 Elkhorn next Friday at 7 p.m. It's their homecoming game under the lights at Krantz Field.