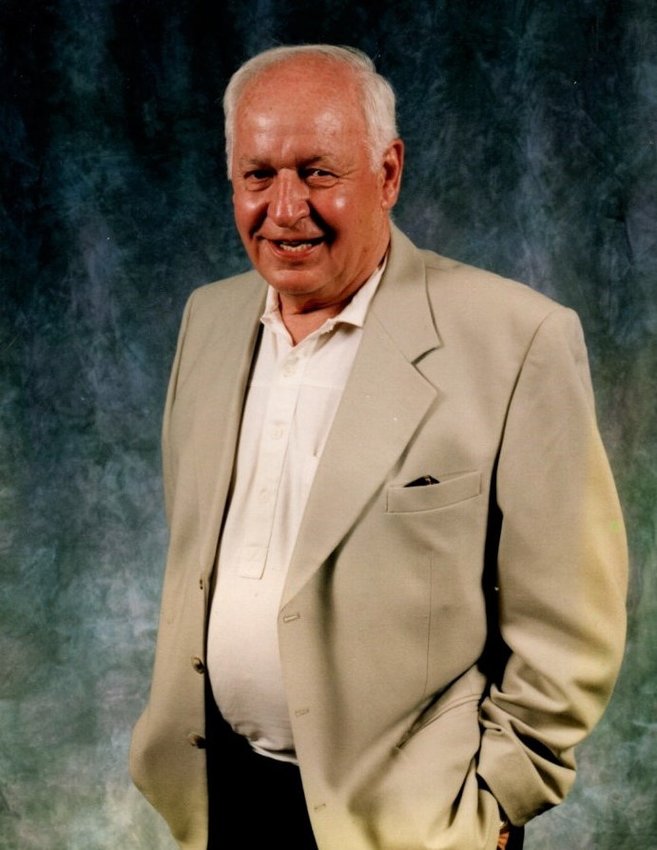 Jesse Hughes Wright Jr., beloved father, husband, grandfather, and friend, passed away on Friday morning, July 1, 2022, at Crowell Home in Blair.  Mass of Christian burial will be held Wednesday July 6, 2022 at 10:30 a.m. at St. Francis Borgia Catholic Church in Blair. Graveside services will follow in the Fort Calhoun, Nebraska Cemetery. Visitation will be held Tuesday July 5, 2022 at Campbell Aman Funeral Home in Blair with family receiving friends from 5 to 7 p.m.

Born to Martha and Jesse Hughes Wright Sr. on Sept. 1, 1928, Jesse was one of five siblings born on his family’s ranch in Haigler.

Jesse grew up in Chillicothe, Mo. where he attended high school. After two years in the Army he attended the University of Missouri where he graduated with honors in Civil Engineering.

Jesse married the love of his life Patricia Stavely in 1951 and eventually settled in Blair where he became owner and President of Fort Calhoun Stone Company in Fort Calhoun and Blair. In 2000 Jesse and his son Stavely sold the company and he retired.

Pat and Jesse were fierce supporters of their community, The Blair Public Library & Technology Center, Blair Community Hospital, Crowell Memorial Home, the Blair Family YMCA, and numerous other organizations were beneficiaries of their generosity. Jesse served on the Blair Utility Board, and the Blair Public School Board.

Jesse loved sports, Nebraska football and his beloved Missouri Tigers, and spending time with his wife Pat. In 1986 he delighted in the arrival of his grandson and namesake Jess, he became “Grandaddy”. Their relationship was special, playing “recs” and dancing, “shoot outs” on the front lawn, and many other joyful activities too numerous to mention.

Jesse will be remembered most for his kindness, always sweet and even tempered. His slow to anger disposition was legendary among family, friends, and business associates.  He would want to thank the staff at Carter Place, the staff at Crowell Memorial Home and especially his caretaker and friend Laura Tighe.

Jesse is preceded in death by his parents, his beloved wife Patricia, and his son Larry Kevin Wright. He is survived by his son Jess Stavely Wright and daughter-in-law Ellen, grandson Jess Hughes Wright, fiancé Magali Galicia and extended family Laura and Jared Tighe and their daughter Catherine.

Memorials to Carter Place & the Staff of Crowell Home.