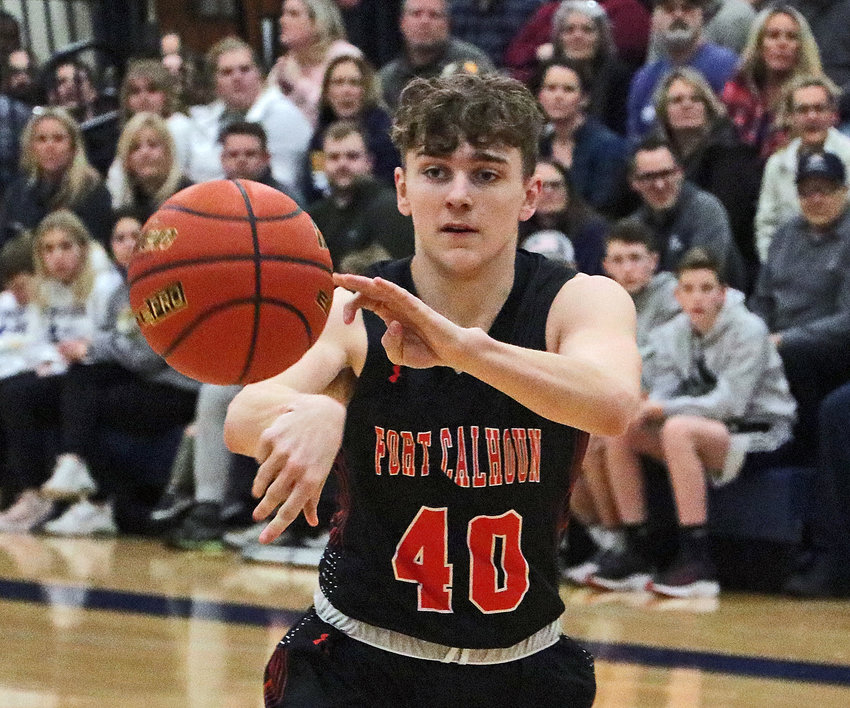 The Fort Calhoun boys basketball team lost its Class C1 Subdistrict 3 finals game at Omaha Concordia on Thursday, 59-34.
The 25-point loss dropped the Pioneers to 19-5, but didn't end their season.
FCHS next competes in the district finals round against Gordon-Rushville. The 21-3 Mustangs are the No. 8 overall seed after their own subdistrict defeat to Ogallala, 60-49.
The district final will be the Pioneers' third in the last four seasons. They lost the previous two to Auburn in 2019 and Lincoln Christian in 2020, falling a win shy of their first state tournament since 1923 each time.

For the full story on subdistrict and district basketball, check out next Tuesday's Washington County Pilot-Tribune. Enterprisepub.com/sports will have daily updates as well.