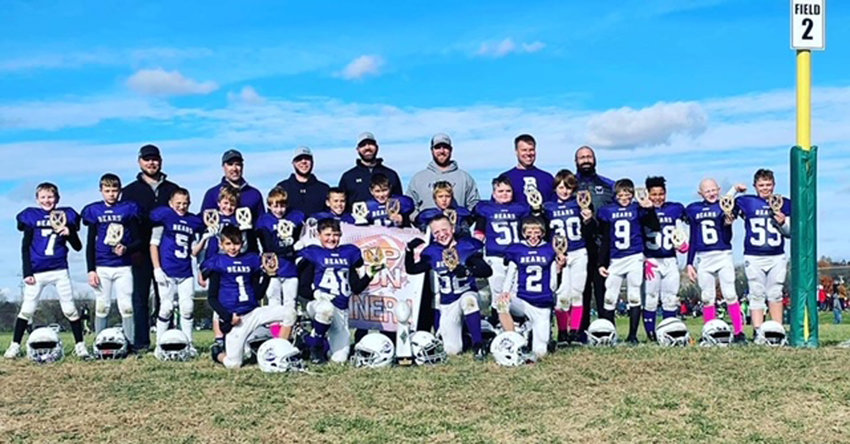 Fourth- and fifth-grade Blair Youth Football Association teams traveled to Lawrence, Kan., last weekend, earning a pair of second-place finishes.
The Junior Bears competed in Top Gun Championship brackets of teams from Nebraska, Kansas and Missouri, ending Sunday as runner-ups. The fifth-graders defeated the RH Heat and the Wichita Trojans before falling to the Wichita Grizzlies in the finale.
The Blair fourth-graders, meanwhile, beat a Grizzlies team before falling to a squad called the Dynasty 12-6 during the championship round.
Nate Larsen is the Bears' fifth-grade head coach, while Josh Grabbe leads the fourth-grade squad.