Muskogee Police Chief Johnny Teehee and Public Information Officer Lynn Hamlin confirmed to the Muskogee Phoenix newspaper that the teens were from Blair. However, they would not release names until receiving positive identification from the Oklahoma Medical Examiner's Office.

In an email to parents, Blair Community Schools Supt. Randy Gilson announced the deaths of Farrah Rauch, 17, and Joseph Dugan, 17, both juniors at Blair High School. The email did not detail how the students died.

“We are all deeply saddened by this tragic loss,” he said.

According to police, the teens were reported as runaways.

Rauch's father, Steven, told the Enterprise he first realized his daughter was missing at approximately 3:41 a.m. Thursday. He reported her missing to police that afternoon.

Teehee told the Muskogee Phoenix that the pair traveled from Blair to Florida to Arkansas and then to Oklahoma.

“They left Nebraska on Feb. 25 and made contact in Florida on the 26th,” Teehee said. “And then ended up in Oklahoma on the 28th. The vehicle they used to get to Oklahoma broke down, so they needed a new vehicle.”

At approximately 3 p.m. Sunday, police responded to an attempted carjacking near the 2200 block of North 24th Street in Muskogee.

A short time later, a truck was reported stolen in the same area of the attempted carjacking. Muskogee police spotted the vehicle and attempted to stop it. The driver of the vehicle refused to stop and led officers on a short chase before crashing. Two suspects fled the vehicle.

Officers chased the suspects. That's when Rauch reportedly started shooting at the officers and they returned fire, fatally injuring her.

Dugan continued running. Police used a drone to locate him in a heavily wooded area. As officers approached, the boy died from a single self-inflicted gunshot.

“We are aware of additional contact with law enforcement in at least one other state, and crimes that occurred in other states as well,” Hamlin said. “We are currently working on confirming that information through the states of Florida and Arkansas.”

Four Muskogee police officers were placed on paid administrative leave pending the outcome of the investigation.

The four officers were identified as James Folsom, a 16-year veteran; Shawn Brown, a 15-year veteran; B.J. Hudson, an eight-year veteran; and Evan Hendricks, who has been a police officer for four years and is in his first year with Muskogee police.

Nebraska court records showed Rauch was scheduled to appear in Washington County Juvenile Court on Thursday to be sentenced for a minor drug infractions. A warrant was issued for her arrest Friday. The judge ordered she have no contact with Dugan.

Rauch was also scheduled to appear Tuesday in Burt County Juvenile Court to be sentenced on a misdemeanor theft charge.

Dugan was on probation for a misdemeanor theft in Burt County.

Gilson said a staff meeting was held Monday morning at BHS after learning of the students' deaths. A message was prepared and shared with students in classes.

Students were given the opportunity to visit with teachers and school counselors.

If students need additional help, they can contact any of the school counselors or grief counsels from the student assistance program at Arbor Family Counseling at 402-330-0960.

“We care deeply about all of our students and this really hits home any time we have a loss of a student or staff member,” he said. “Our thoughts and prayers are with Farrah and Joe and their families as they're going through these really difficult times.”

Funeral services for Dugan will be 10:30 a.m. today at Reach Church, 13121 County Road 16, Blair. Services for Rauch have not yet been announced. 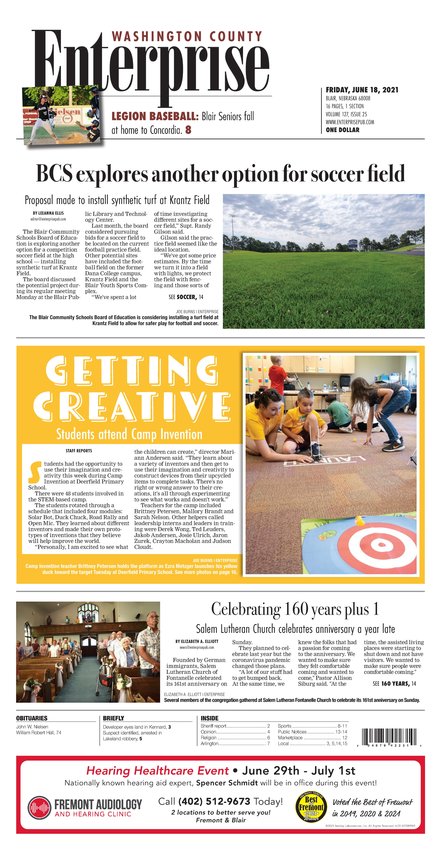