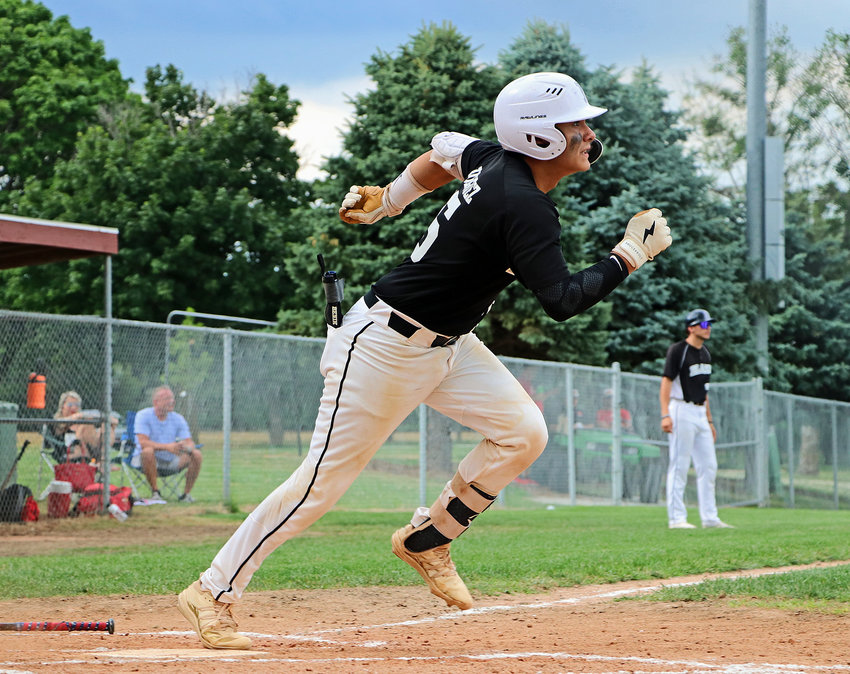 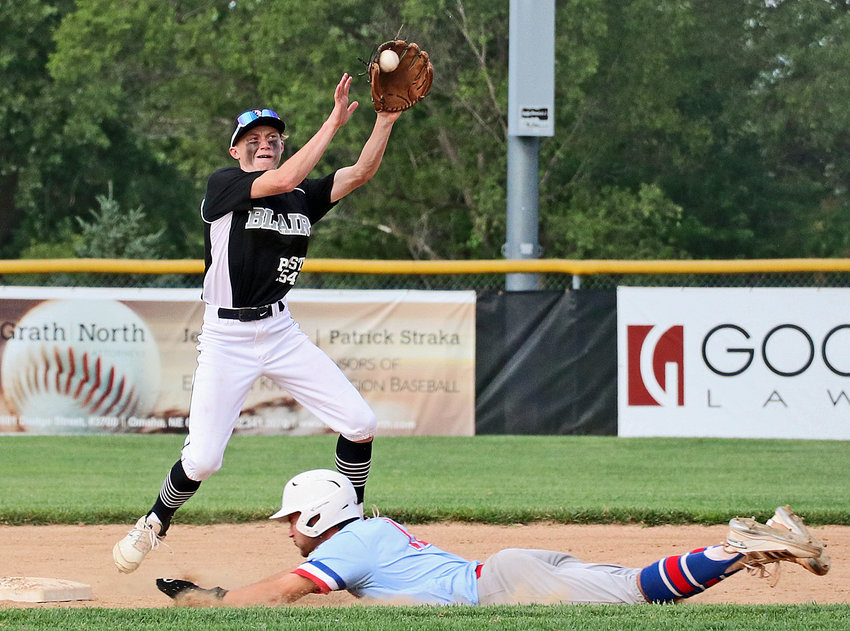 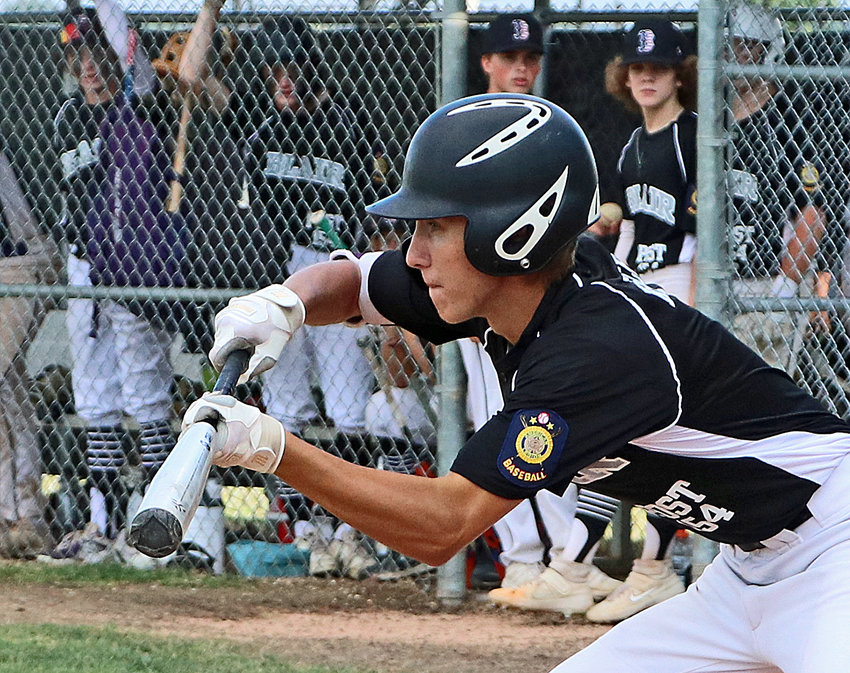 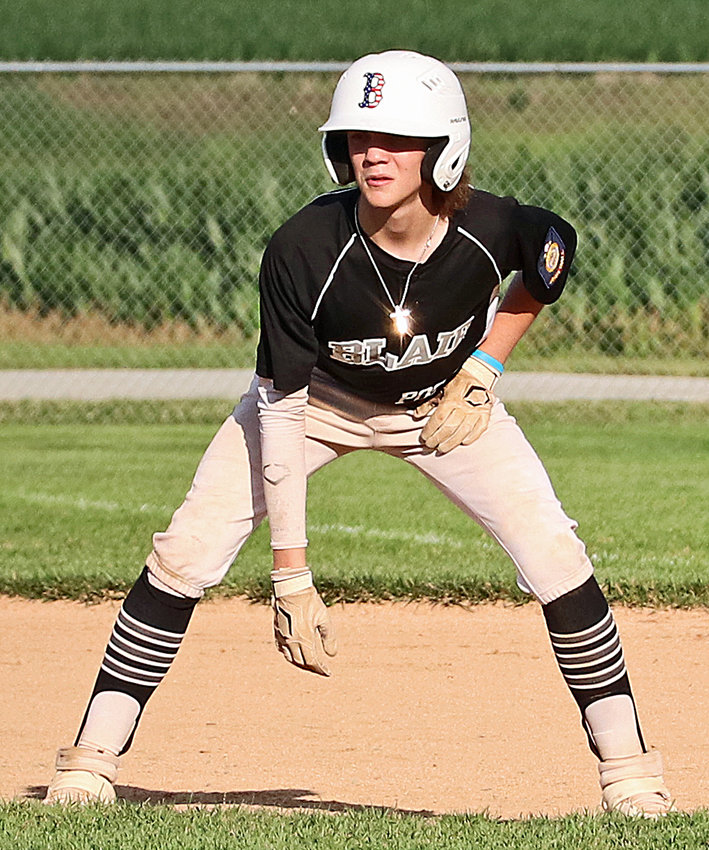 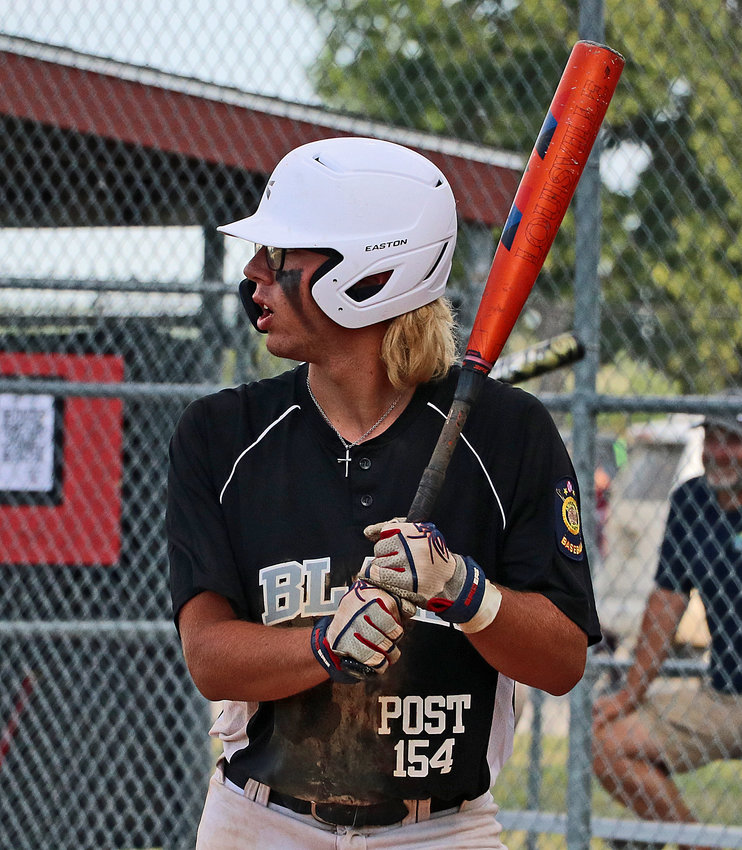 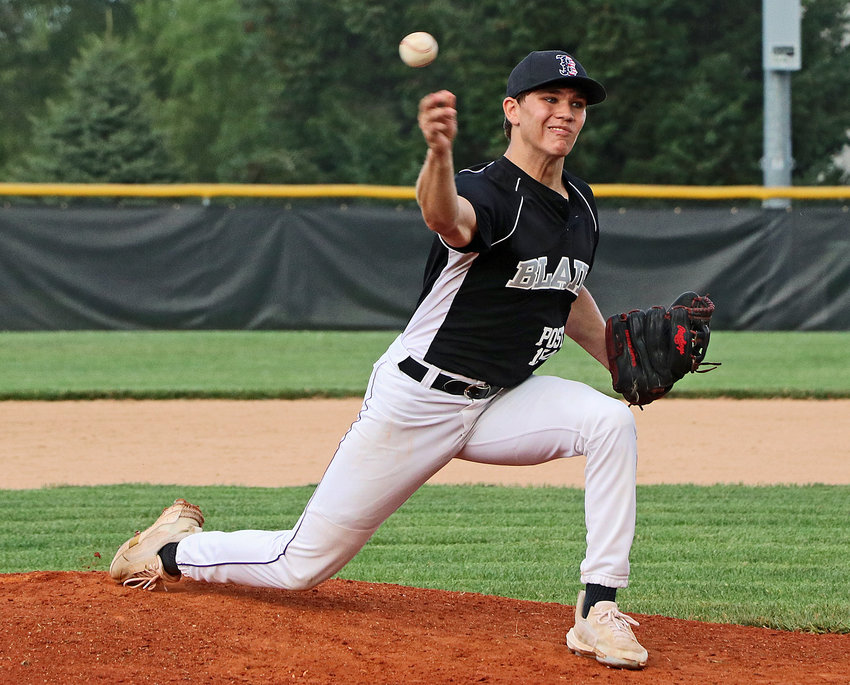 A Friday evening shortcoming to Wahoo put the Blair Junior Legion baseball team's season in jeopardy.
Saturday's Class B Area 3 Tournament game against Waterloo-Valley became an elimination game that could end the Post 154 Bears' season.
“We know we can beat them and we're capable of beating them,” catcher Joe Rodriguez said, recounting Blair's 10-3 victory on June 24. “We just have to bring our 'A' game tomorrow.”
Friday's matchup with Wahoo was important, but Saturday's with Post 58 was paramount.
“I'm hoping they can empty everything they have and play with their hair on fire,” Bears coach A.J. Bilslend said.
The Post 154 Juniors closed Saturday's game against Waterloo-Valley with a five-run rally, but they needed six, falling 6-5.
Blaine Rosenbaum and Wyatt Fletcher split pitching duties during the season-ending defeat, combining for 10 strikeouts. Rosenbaum finished with eight Ks across 4 1/3 innings.
Offensively, Blair's Nelson Kosch notched two hits and two RBIs. Rosenbaum added two hits, too, as the Bears finished their campaign with a 5-16 record.
Bilslend's team trailed 6-1 entering the bottom of the seventh inning after scoring its first run of the game in the sixth. Post 154 scored four more runs before a bases-loaded flyout ended its night and the season.

Wahoo edges Post 154, 5-3
Blair started its Area 3 Tourney run with a 5-3 loss to Wahoo.
The opposition earned the two-run advantage during the bottom of the third inning and held it. Aggressively, the Bears and Bilslend, meanwhile, twice tried to get base runners from second to third base and failed during their comeback attempt.
First, Lee Chavez-Lara attempted to advance from second to third on a flyout during the top of the fifth inning. Then, during the seventh, Fletcher tried to get from first base to third with encouragement from the coach's box on a Blaine Rosenbaum single.
“For sure a hard pill to swallow,” Bilslend said, discussing his decision for both runners to run. “But, I mean, the throw has to be perfect and, unfortunately, it was perfect both times.”
As a result, the Bears fell short despite a three-run third frame. Vinny LaMontia started it with a lead-off walk before Rosenbaum earned his own free base and Chavez-Lara bunted to loaded the bases.
After a force out at home plate, Rodriguez stepped into the box with the bags still full.
“Don't try to do too much,” the Blair standout said when asked what he was thinking during the at-bat. “Just go up there and do me. Take a deep breath and, like I said, don't try to do too much and put the ball in play.”
The catcher swung, made contact and plated two runs with a hit to the outfield.
“He's really started to pick up his offense late in the season,” Bilslend said.
The coach continued with his compliments.
“With a hot bat like that, and as good as Joe is, it's great to have,” he said.
From there, the Bears' Will Madsen tallied an RBI with a sacrifice, pulling his team within 4-3. It was, however, as close as Post 154 would get to topping Wahoo during the first round.
Chavez-Lara and Hayden Berg each pitched three innings in defeat with Berg allowing just two hits and no runs. The pair combined for five strikeouts.