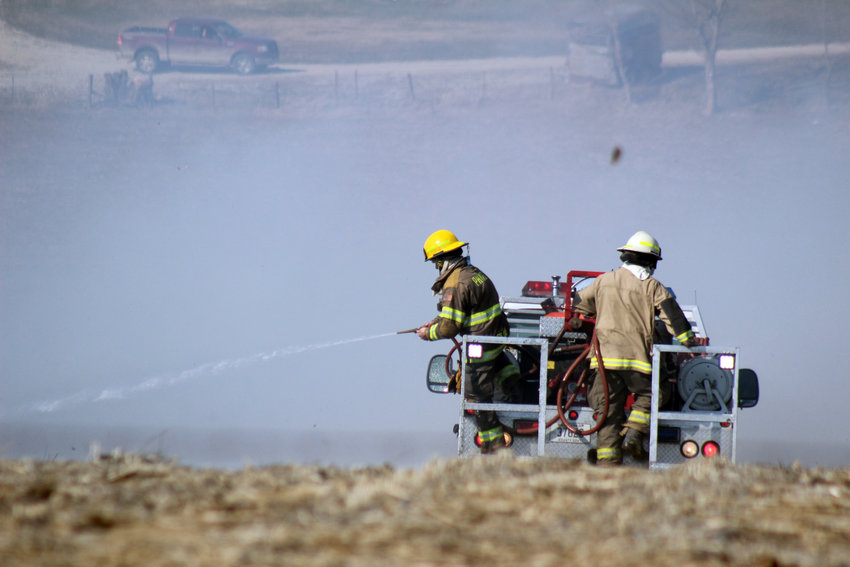 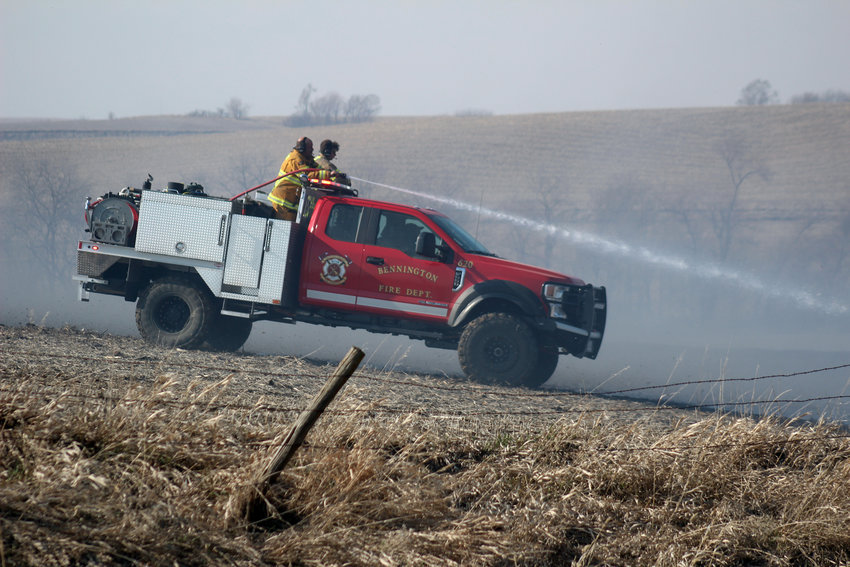 Bennington Fire and Rescue was called to assist in putting out a barn/field fire Wednesday afternoon.
Cheyenne Alexis 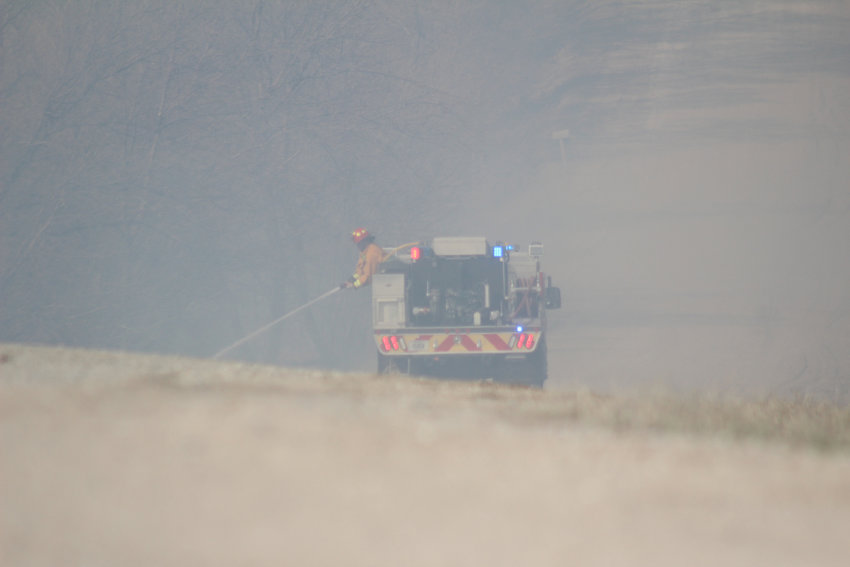 A firefighter sprays water on a field after a barn fire spread Wednesday afternoon.
Cheyenne Alexis 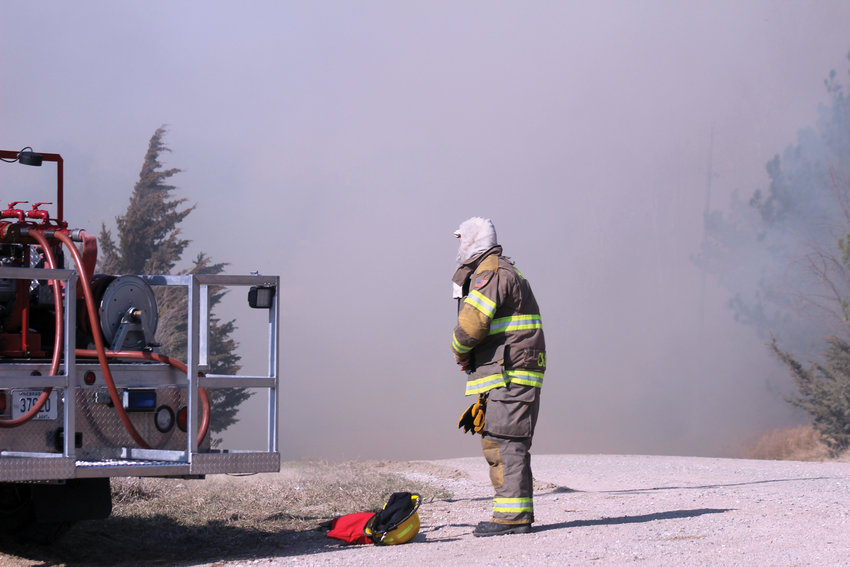 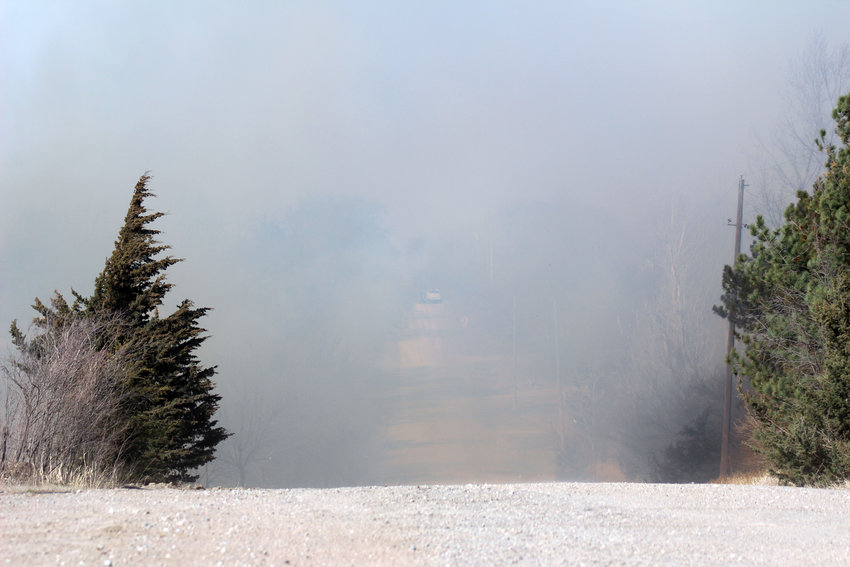 At least 10 departments from two counties battled a barn fire, which spread to a field fire Wednesday afternoon south of Blair.

Firefighters and Washington County sheriff's deputies responded to an area near county roads 36 and 31 just after 2 p.m.

Waterloo and Valley were requested to provide tankers.

County Road 36 was blocked off to traffic.

Later Wednesday afternoon, firefighters were called to a second field fire near county roads 34 and 51.

Fort Calhoun Board of Education roundup, May 9