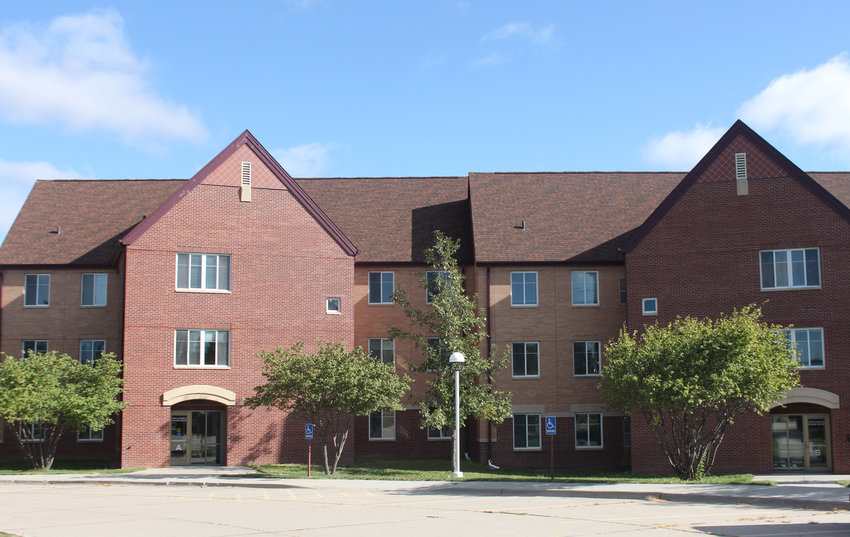 Youth aging out of foster care could soon be moving into these renovate suite-style dorms on the former Dana College campus as part of the Angels Share program.
Leeanna Ellis
Posted Tuesday, October 6, 2020 12:00 am

This is all due to the town, the people and the campus. It's finally coming to fruition.”
Ed Shada, Angels Share founder and CEO
By Leeanna Ellis - editor@enterprisepub.com

Angels Share, a nonprofit aimed at helping youth aging out of foster care, could have its first two tenants for its program on the former Dana College campus soon.

Ed Shada, founder and president of Angels Share, told the Pilot-Tribune he showed two women, both 20 years old, around the campus Thursday. They filled out applications, which he expects should be approved by a committee over the course of this week.

“We've got our first group,” he said.

Shada said there are four other youth interested in touring the campus, too. There is room for 24 youth, who will live in the renovated suite-style dorm.

“We could fill it up rapidly shortly,” he said.

Angels Share has been working with more than 30 service providers to identify youth who are interested in learning a trade or receiving on the job training. The youth would come from Omaha and other areas across the state and work with area businesses interested in participating.

Shada said the organization is still awaiting its certificate of occupancy for the suites. Construction was slowed due to the pandemic. However, Shada said he expects to receive the certificate in about a week.

The nonprofit is also moving forward in seeking $11.4 million in grants from the Nebraska Investment Finance Authority's (NIFA) CRANE program to renovate two dorms on the former campus as well as other fundraising.

Earlier this year, Angels Share listed the former Dana-LIFE library for sale. It's listed for $2.5 million. Pioneer Memorial Hall and a piece of property off of state Highway 91 also remain for sale.

“We're not in a huge hurry to sell,” Shada said. “We'd like to sell. We'd like get the right party in there. That's my goal. It's not so much a money issue, it's getting the right people and the right parties in up on the campus.”

Shada is hopeful the library could be used for potential office space or an entrepreneurial opportunity for the youth who will be living on campus.

He said a veterans group is also looking at potentially using one of the other dorms. He declined to name the group.

“This is all due to the town, the people and the campus,” he said. “It's finally coming to fruition.”