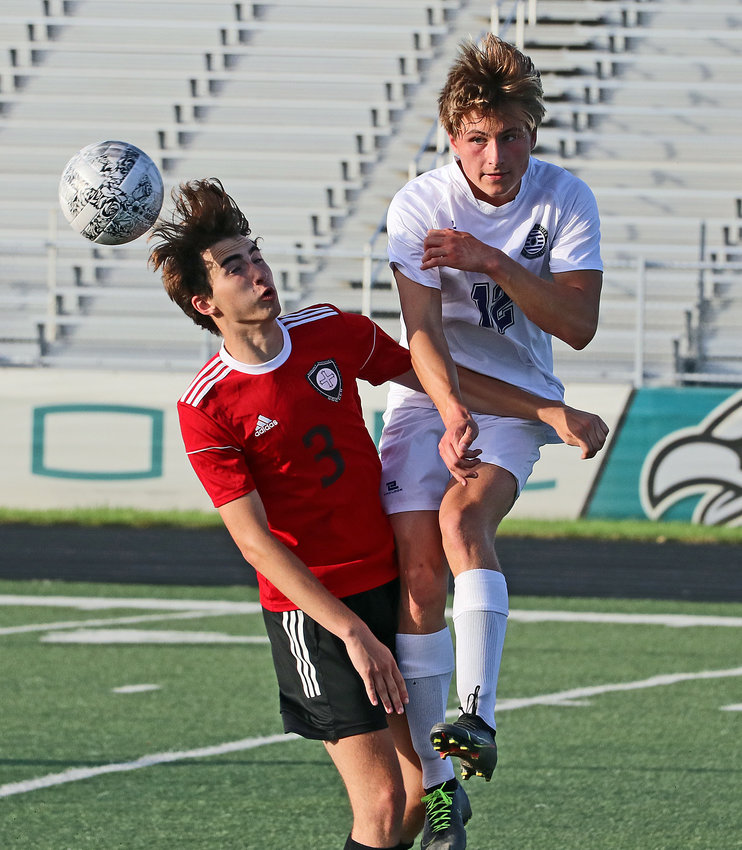 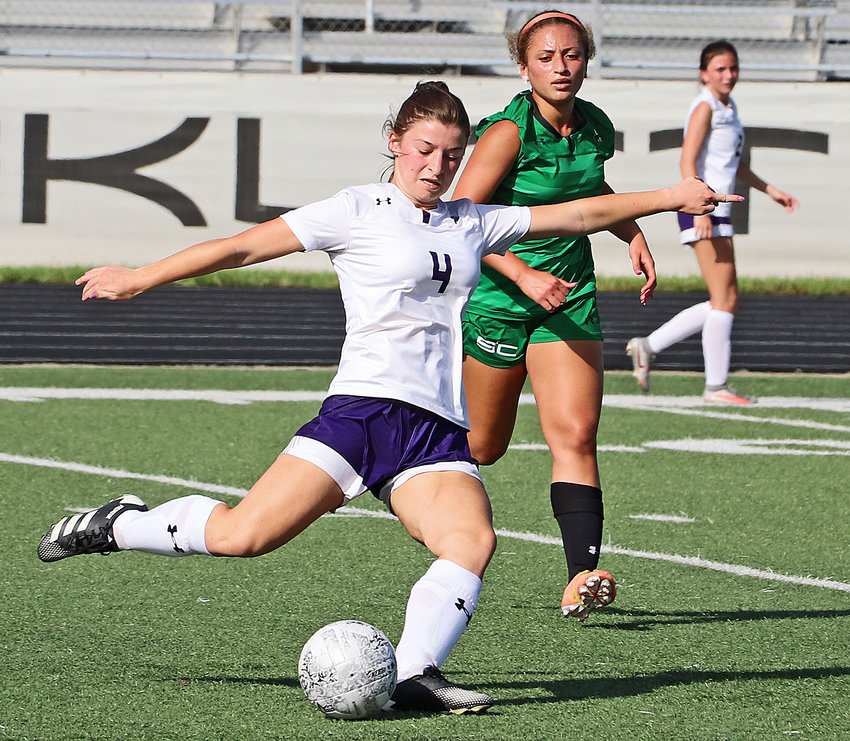 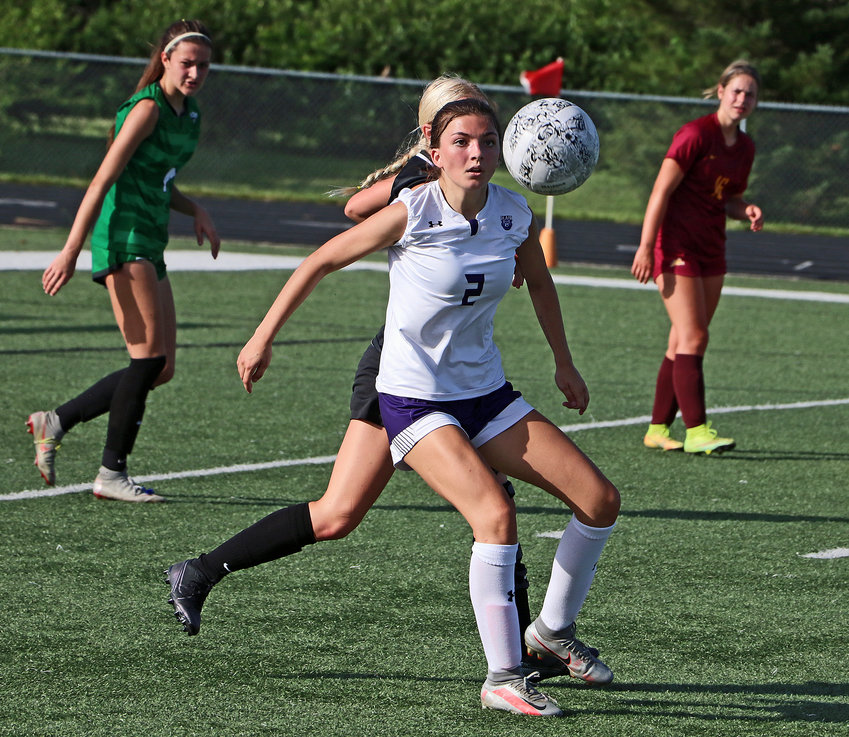 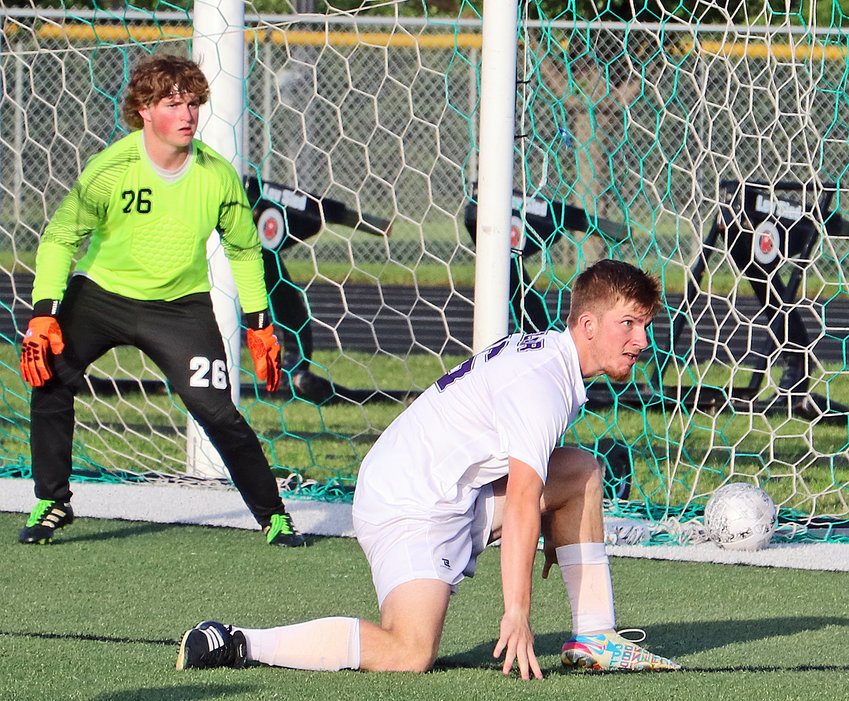 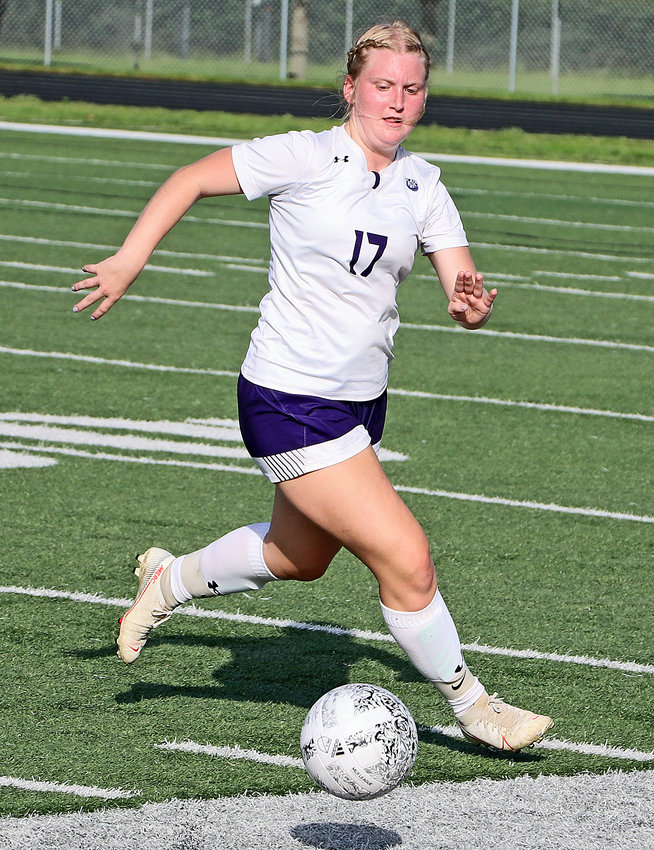 Tyler Schroder had stayed in well enough shape since the end of his final Blair High School season to believe he could withstand the heat and play good soccer Friday evening at Omaha Skutt.
“I didn't drink a lot of water today, so I could be affected, but probably not,” the recently graduated senior said. “I'll push through it.”
His teammate, Zyler Wyman, was looking forward to the Class B Nebraska High School Senior Soccer Showcase, too.
“It's my last time playing soccer in high school,” he said. “I think it will be fun competing with all of these high-level athletes.”
Trinity Back, Madeline Dirkschneider, Sami Murray, Schroder and Wyman all represented BHS on Friday during the annual all-star matches benefitting Special Olympics Nebraska. Both of their teams, however, lost.
Firehouse Subs won the girls soccer game 1-0 before the Bland & Associates squad won the high-scoring boys match, 5-3. Defender Breena Whitaker of Omaha Skutt and Bennington's Oliver Benson — who tallied three goals and an assist — were the night's MVPs.
Murray provided one of her Ba-Dra-Mi Farms team's best scoring chances during the 24th minute. In the heat, she tallied a shot on goal saved by diving goalkeeper Moriah Dixson of Omaha Roncalli.
“I was feeling good at first, but, then, by the second half I was kind of gassed,” the former Bear and future Morningside Mustang admitted with a smile.
Back, too, said the heat was a challenge, but that it ultimately didn't matter.
“I'm just glad I was able to come out and play soccer,” she said.
Murray enjoyed the opportunity for a good time on the pitch, too.
“It wasn't like a tense game at all,” she said. “It was just for fun.”
It cooled off a bit before the boys' game as both Schroder and Wyman started for their Paradise Lawns team. The former Bears helped thwart some early scoring opportunities from Bland & Associates, but the goals added up as the match went on.
Overall, BHS players anticipated and then enjoyed their all-star experiences.
“It was a lot of fun,” Dirkschneider said. “I got to meet a lot of new girls and they were all very welcoming.”
Back added, “I thought it was great to come out one last time and play the game that I love for the last time.”
Dirkschneider encouraged future standouts in her position to play if they are presented a Senior Soccer Showcase opportunity.