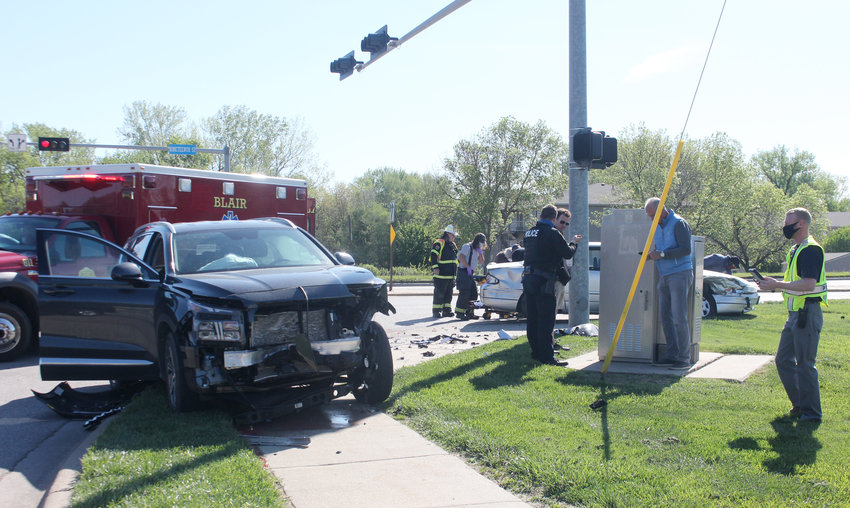 Blair police and Blair Rescue responded to a two-vehicle accident at the intersection of 19th and Wright streets on Tuesday morning. One person was transported to Memorial Community Hospital and Health System.
Leeanna Ellis
Posted Tuesday, May 4, 2021 11:22 am
By Leeanna Ellis - editor@enterprisepub.com

One person was injured in a two-vehicle accident Tuesday morning at the intersection of 19th and Wright streets in Blair.

Capt. Travis Lyon said a silver Buick headed north on 19th Street was attempting to turn west onto Wright Street and failed to yield the right of way of a black Hyundai Santa Fe. The vehicles collided, causing both to travel onto the sidewalk.

The driver of the Buick was transported to Memorial Community Hospital and Health System as a precaution. The driver and a passenger in the Santa Fe declined medical treatment.