With the ball at their feet

Division I coach returns to Blair FC for soccer camp 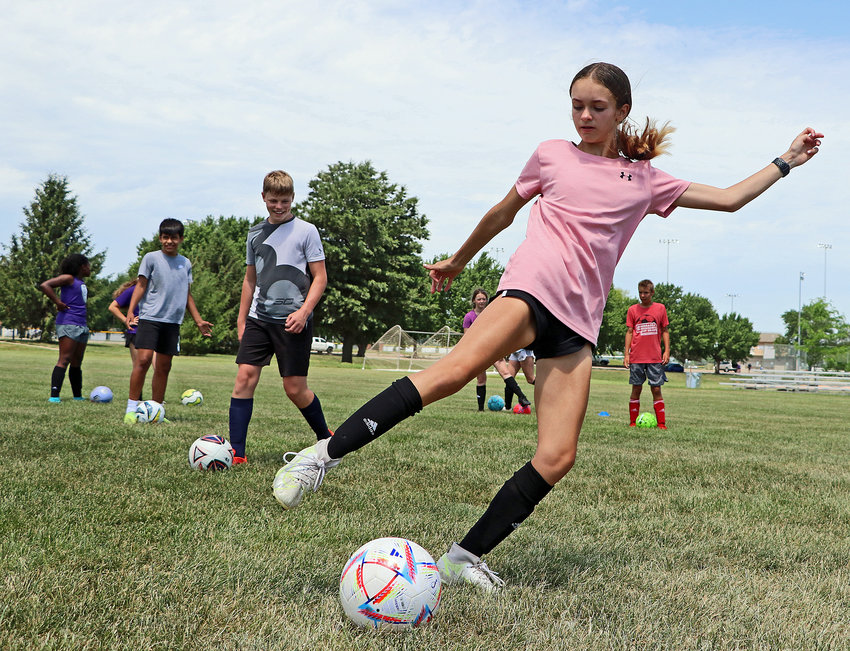 Alexys Wickwire, 13, reaches to kick the ball Tuesday during an afternoon session of the Paul Cox Soccer Camp at the Blair Youth Sports Complex.
Grant Egger 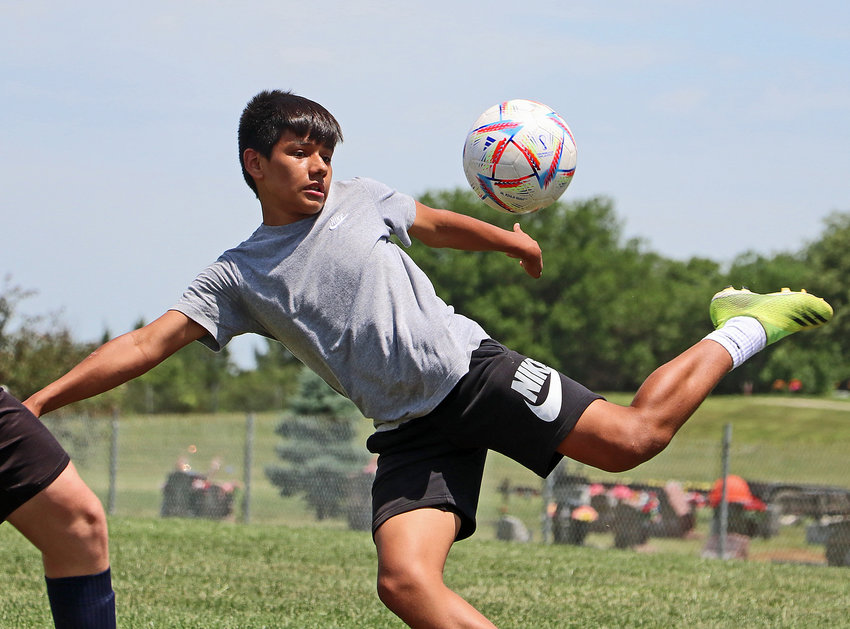 Victor Hernandez, 13, stretches to boot the ball out of the air Tuesday during an afternoon session of the Paul Cox Soccer Camp at the Blair Youth Sports Complex.
Grant Egger 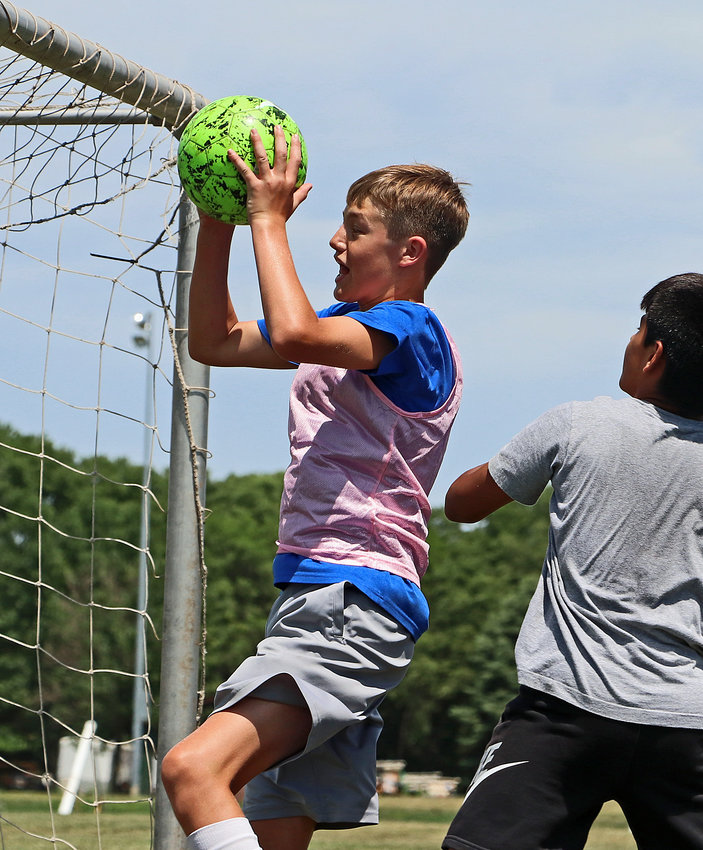 Goalkeeper Aiden McBreen, 14, nabs the ball out of the air Tuesday at the Blair Youth Sports Complex.
Grant Egger 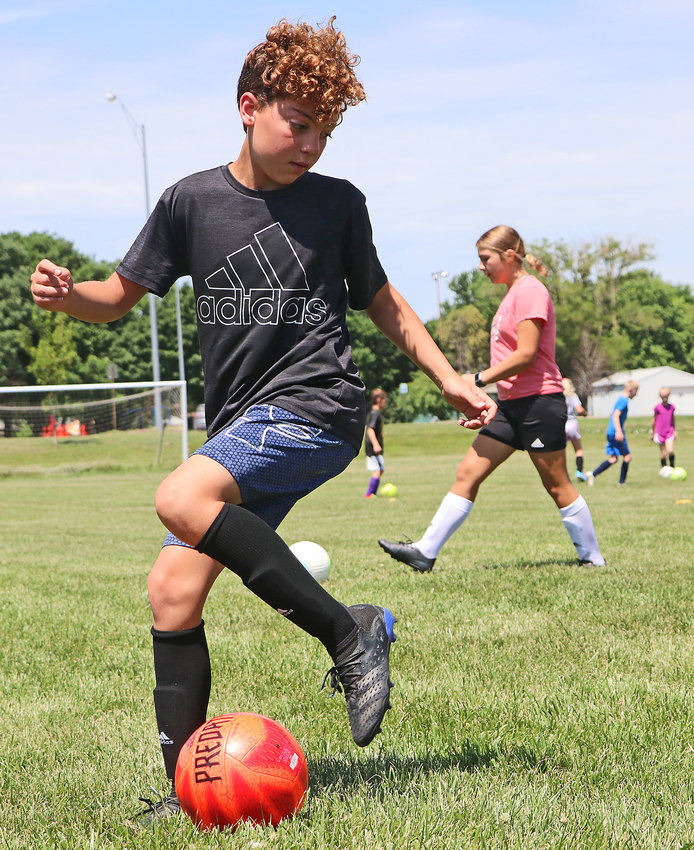 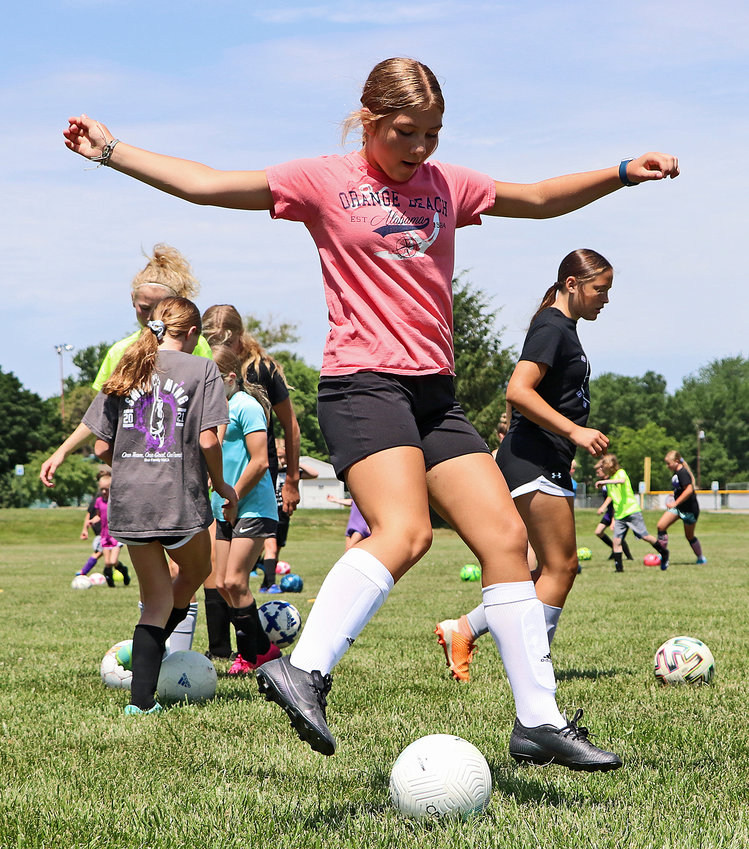 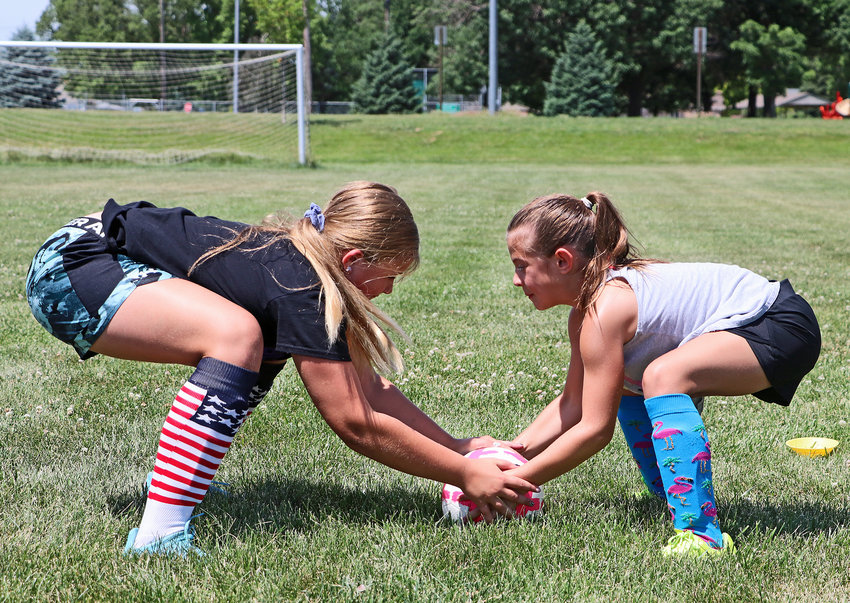 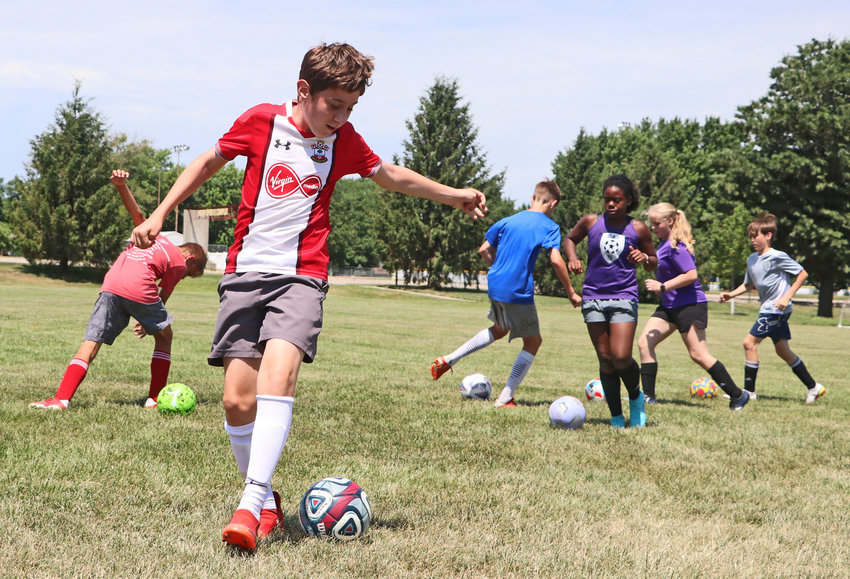 Hayden Olsen, 13, front left, plays with the ball at his feet Tuesday at the Blair Youth Sports Complex.
Grant Egger 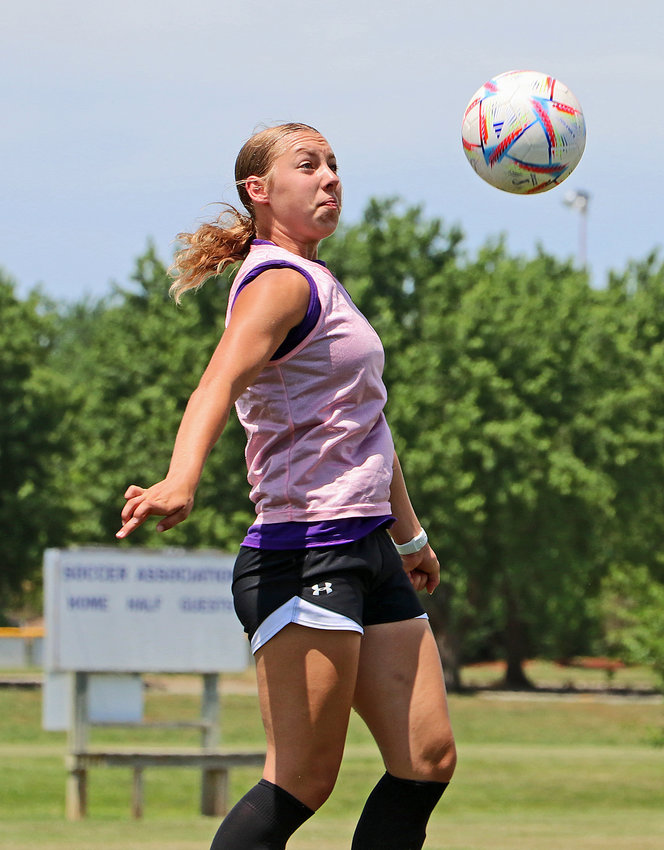 Claire Anderson, 14, jumps to knock the ball out of the air into her possession Tuesday at the Blair Youth Sports Complex.
Grant Egger 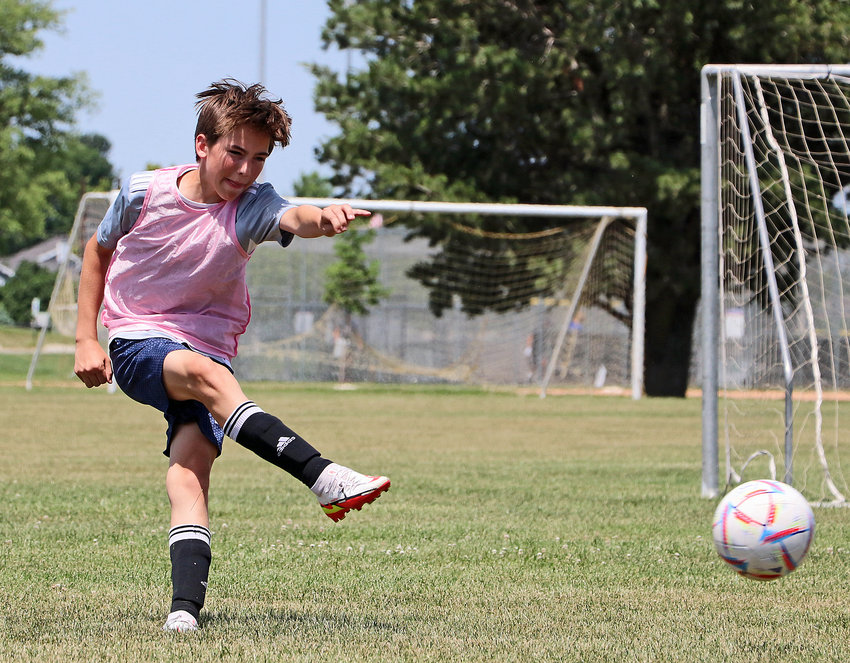 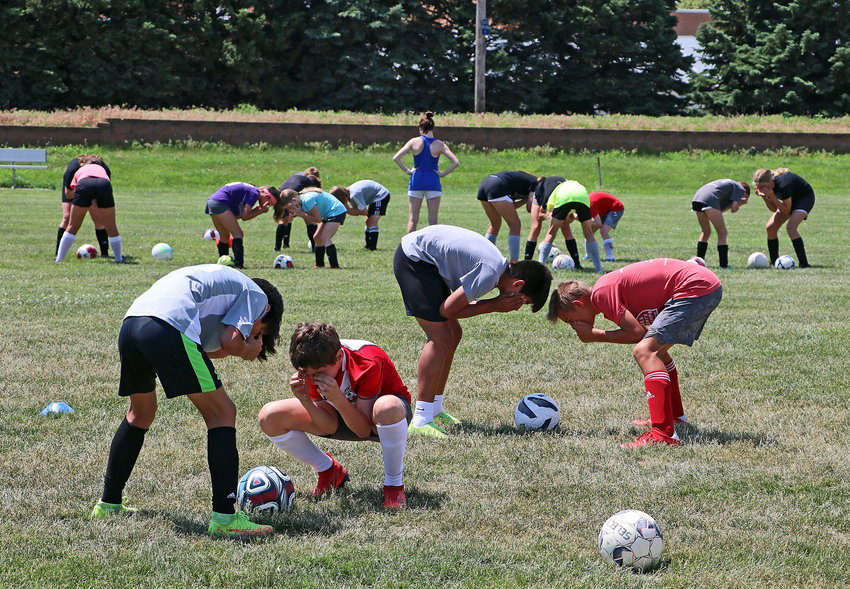 Andover, England, native Paul Cox was once the Director of Coaching for Blair Football Club (FC).
Since, the soccer coach has risen the ranks from Briar Cliff University in Sioux City, Iowa, to his current position as a Division I assistant with the Murray State Racers in Kentucky.
This week, though, Cox returned to the Blair FC fields for five-straight days of his annual soccer camp.
“A lot of familiar faces, but they've obviously grown a lot,” he said Tuesday of the turnout. “And then we've got some new faces, too, that I haven't seen before, so it's good.”
The talented Blair kids, ages 8-15, have improved, too.
“Surely, we can't take credit for that,” Cox said, cracking a smile. He enjoys seeing their progress over the years through their club and school play.
“I think it's quite fulfilling to see how far they're still enjoying it,” the coach said.
Monday's first day of camp was hot with temperatures reaching near triple digits, but generous wind gusts and abundant water breaks helped keep the soccer players cool. Tuesday, meanwhile, was a bit more pleasant.
Cox was pleased to be back in Washington County as his wife is from the area. The camp is a chance for her to come home and a chance for him to return to the FC fields.
“It just makes a lot of sense for our family,” he said. “I enjoyed being at the club, so it just makes a lot of sense.”
Cox expects the continuation of his Blair-based camps each summer. He hopes to work with more high school age kids in the future, too.
Today, though, the Racer coach is headed back to Kentucky after his last camp session. He has several more this summer in the Bluegrass State.