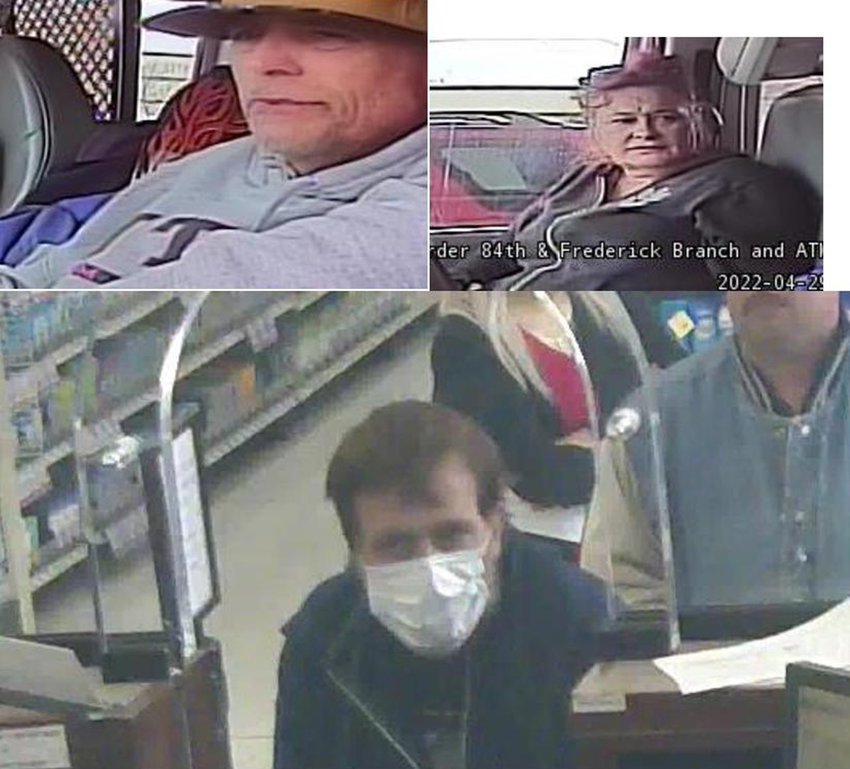 The Washington County Sheriff's Office released three photos May 5 of individuals suspected of stealing a car in rural Fort Calhoun in April.

Detective Sgt. Brian Beckman said he believes two of the three have been identified as of May 6.

The car was stolen on April 23, and since then, the three suspects have attempted to cash checks at two different Omaha banks.

Those with any information are encouraged to contact Beckman at 402-426-6869.