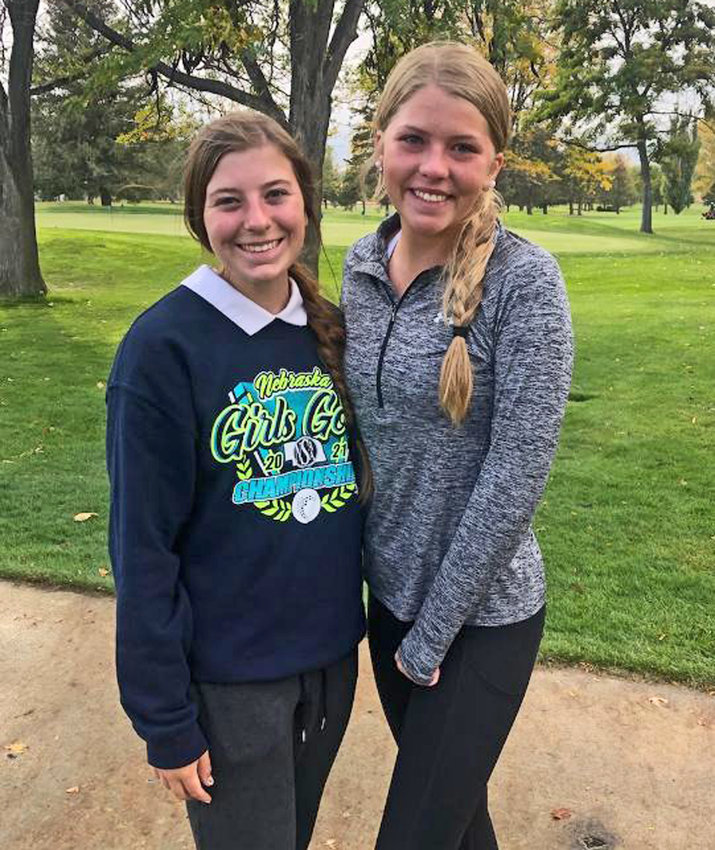 The start of the second day of the Class B State Golf Championships was delayed due to weather, but that didn't stop Blair High School's Anna Moore from earning a medal.
The senior carded 92 strokes over 18 holes Tuesday, finishing with a two-day total of 189 at Scotts Bluff Country Club in Scottsbluff. She sank seven par shots across 36 total holes, including two on her last three to finish 15th.
Blair junior Mallory Stirek, meanwhile, finished tied for 24th out of 75 golfers with 198 swings. She took 105 Tuesday after shooting an 18-hole 93 on Monday.
Elkhorn North, meanwhile, won the Class B team title with 677 strokes. The individual champion was the Wolves' Julia Karmazin, a sophomore who finished with a 3-over par 147.

For the full story on state golf, check out Friday's edition of the Washington County Enterprise. Coverage will be posted online at enterprisepub.com/sports later that same day.