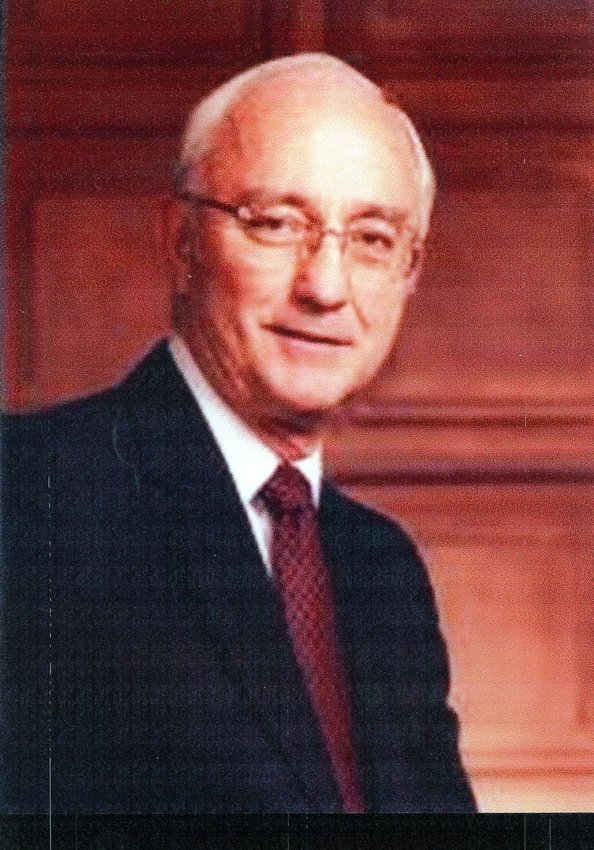 Stanley Marshall Truhlsen M.D., retired Ophthalmologist, and renowned local philanthropist, died peacefully on Thursday, Dec. 23rd at the age of 101. “Doc”, as he was affectionately known by his family, was a man of integrity, strength, courage and compassion. Doc’s commitment to serve others and lend support to his community was a cornerstone of his life. Born in Herman on Nov. 13, 1920, to Lola and Henry “Spike” Truhlsen, Stanley exhibited a keen mind and learned many life-lessons as a young boy. He was a proud member of the Herman High School basketball team and enjoyed working in his father’s hardware store.

He often said he was reared to help his hometown and give back in order to make it better. His adult life was focused on doing just that. His generosity can be seen throughout the Omaha community at the Durham Western Heritage Museum, Joslyn Art Museum, Henry Doorly Zoo, Lauritzen Gardens, the VA Hospital and most especially the UNMC campus where The Truhlsen Eye Institute stands as an enduring example of his career, altruism and commitment to the study and advancement of eye care.

Stan studied at the University of Nebraska where he earned a bachelor’s degree in 1941. He graduated from the University of Nebraska College of Medicine and following his service in the US Army, he traveled to Albany, N.Y. to begin a residency in pathology and bacteriology at Albany Hospital. At Albany, he developed an interest in the human eye and the effects of disease and trauma, which spawned his decision to specialize in ophthalmology. Stan practiced for nearly 50 years in Omaha and was involved nationally with the American Academy of Ophthalmology where he was editor for their Transactions publication for five years and became President of the Academy in 1983. He was the 100th President of the American Ophthalmological Society in 1996 and was bestowed the Howe Medal in 2001. The American Academy of Ophthalmology’s Truhlsen-Marmor Museum of the Eye in San Francisco offers the public unique interactive exhibits dedicated to the science of vision and eye care.

Stan Truhlsen’s many achievements, while admirable, do not tell the whole story of a life well-lived. Though he was often honored for his accomplishments, Stan walked with great humility. His legacy will be one marked with incredible optimism. One could count on Stan for a good laugh and a contagious positive, cheerful demeanor. Even near the end of his life, he was always kind, gracious and grateful to his caregivers for even the smallest of gestures. He and his family will be forever grateful to the great staff of caregivers in the last few years.