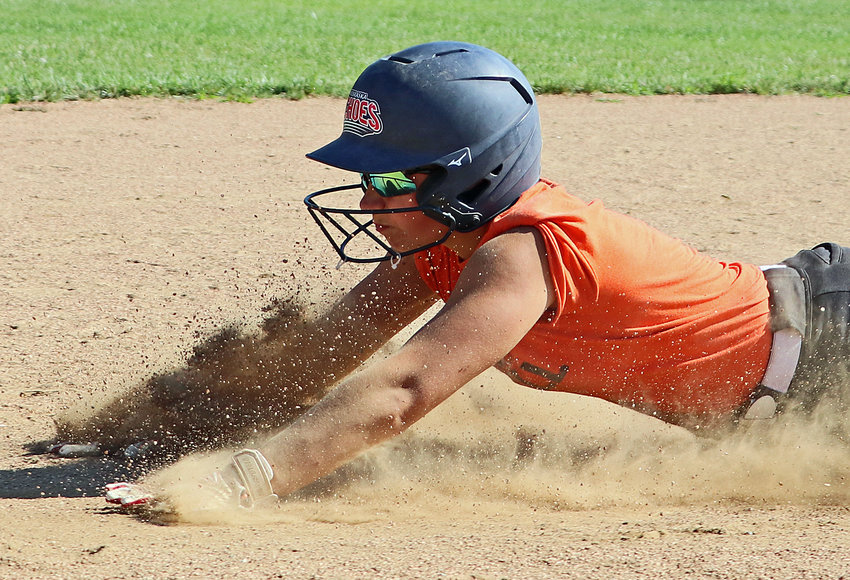 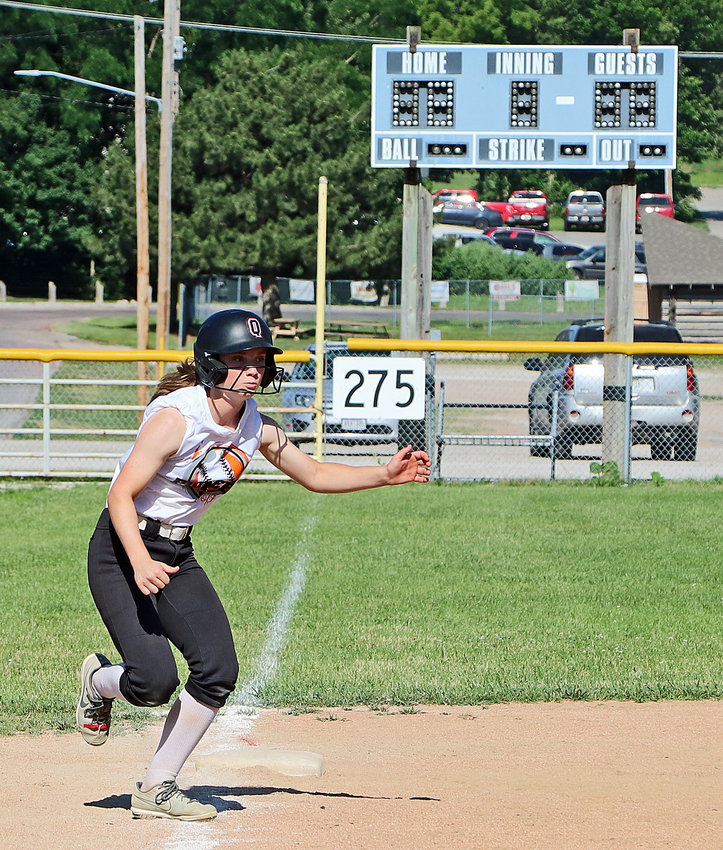 Pioneers base runner Kaylee Taylor leads off of third base June 29 during a camp session in Fort Calhoun.
Grant Egger

Tacey Belina slides into second base June 29 during a camp session in Fort Calhoun.
Grant Egger 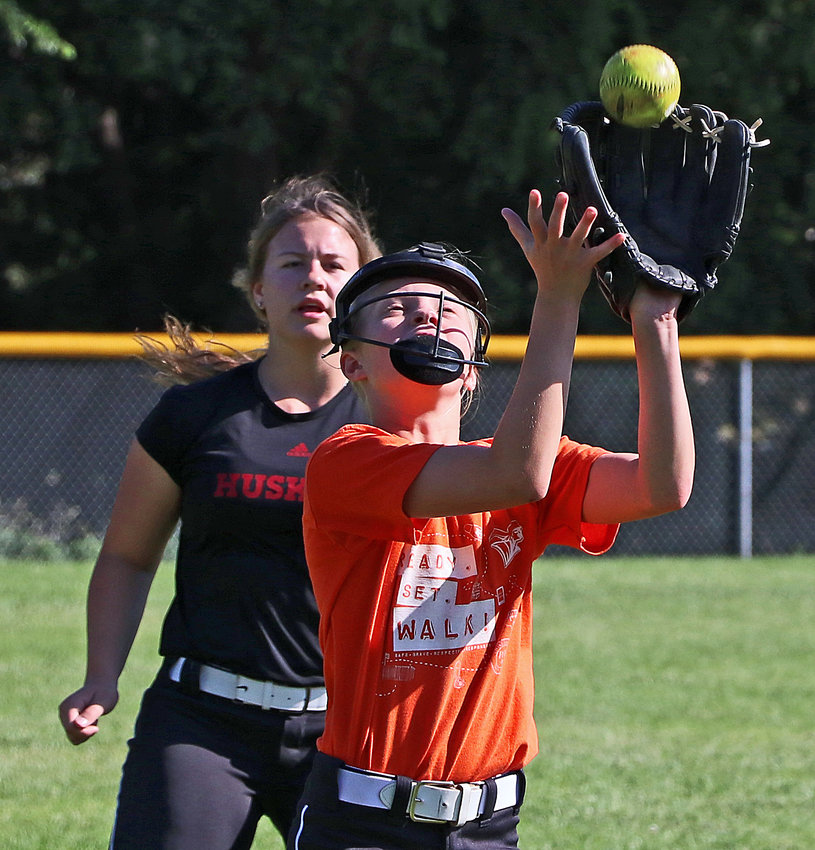 Dehlia Hallberg, right, catches a ball in the outfield as Kaitlyn Welchert backs her up June 29 in Fort Calhoun.
Grant Egger 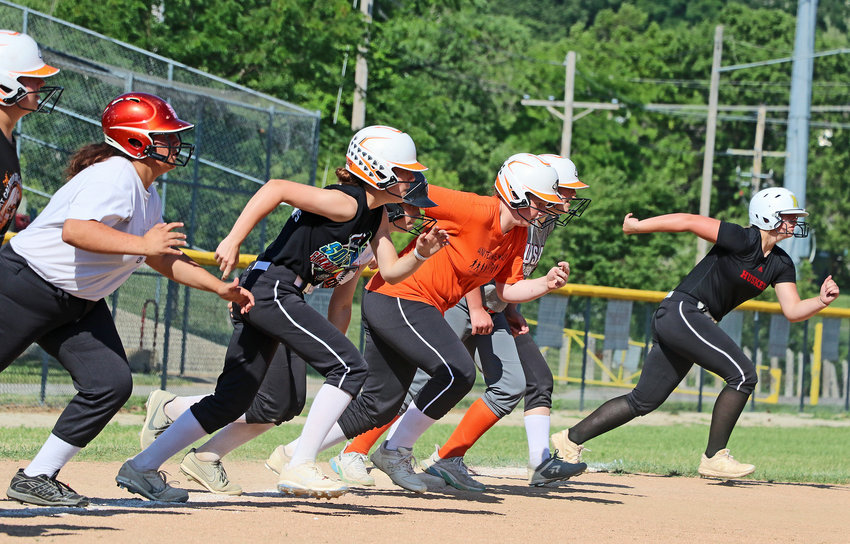 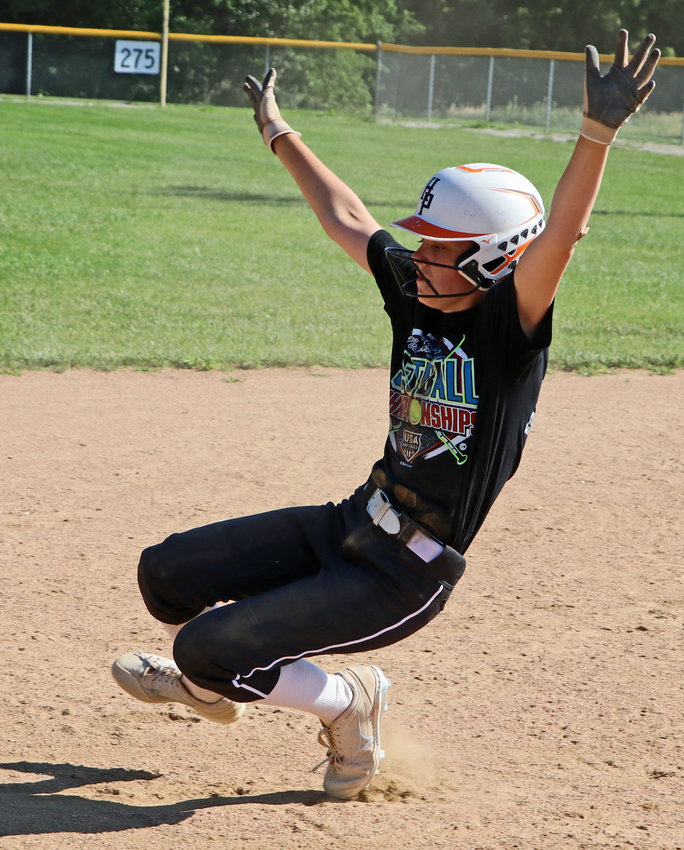 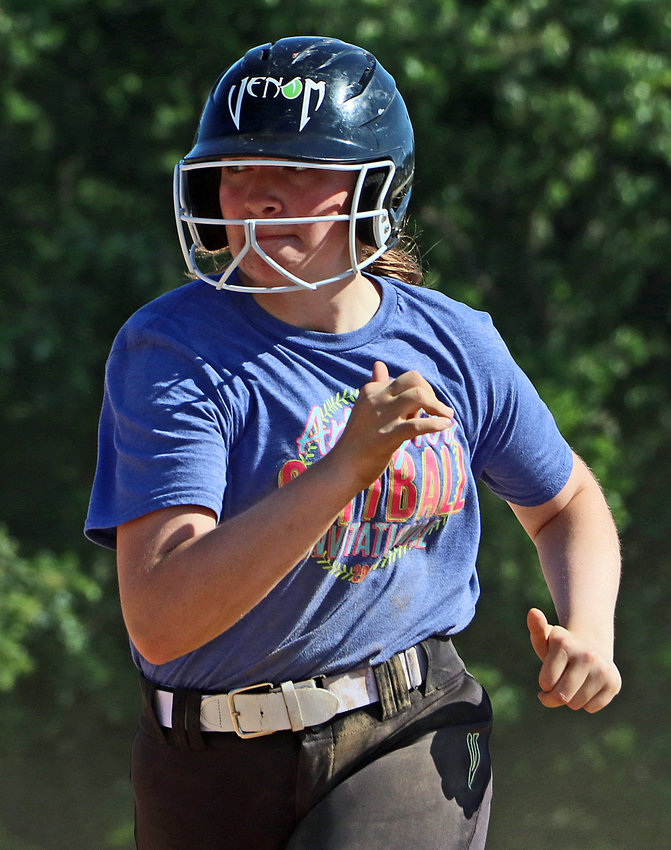 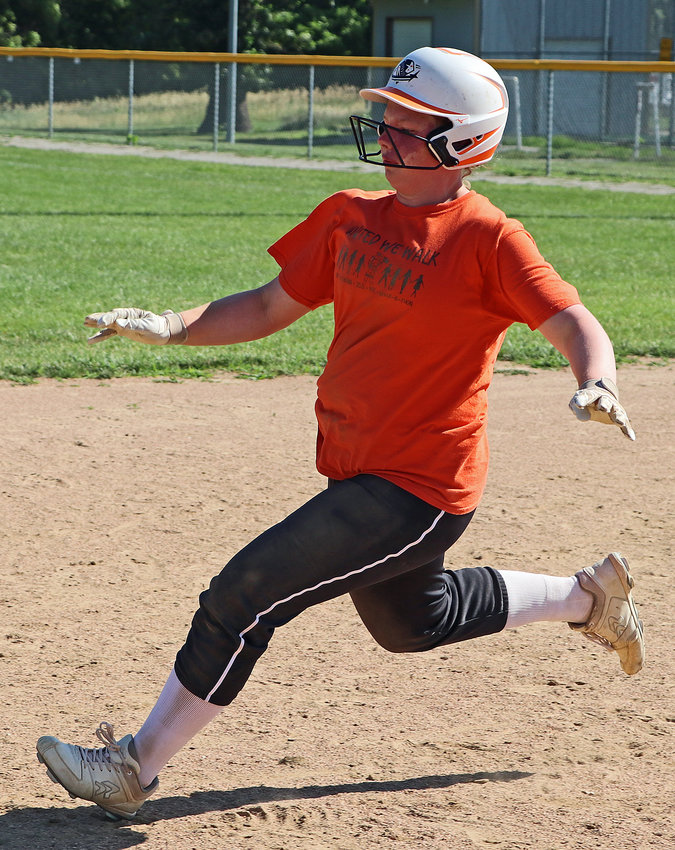 Weekday morning Fort Calhoun High School softball camp sessions brought the Pioneers back together on their home field last week.
“It's, like, familiar, I guess,” junior Sam Brewer said. “It's that warm feeling of home again.”
Like several of her teammates, the Pioneers' two-year starter spends her summer season away from many of her softball schoolmates. The two camp dates with head coach Mandy Taylor, June 29-30, reconvened the fall squad.
It'll combine again July 25-27 before official NSAA practices begin the next month.
This summer, though, Brewer has played all over the field for the Nebraska Echoes out of La Vista.
“I catch. I started doing shortstop again and I was playing centerfield,” she said. “Honestly, I was just being a utility player like I usually am. Anywhere anyone needs me.”
It's a role the FCHS standout has enjoyed on her school team, too.
“I love learning about the game in the field,” Brewer said.
An Echoes highlight was an Oklahoma trip in June. The summer softball team won its bracket and got to go the Women's College World Series in Oklahoma City.
Now, though, Brewer's summer season is done. On top of her other activities, she can start focusing on the Pioneers agains. She helped seventh- and eighth-graders invited to last week's camp, for example.
“It's definitely an experience,” the catcher said.
She uses her experience to help along the future FCHS talent that lack it. It's practice in leadership.
“We definitely have little things that we need to work on,” Brewer said. “But by the time the season comes around, I think we'll have those little things better.”