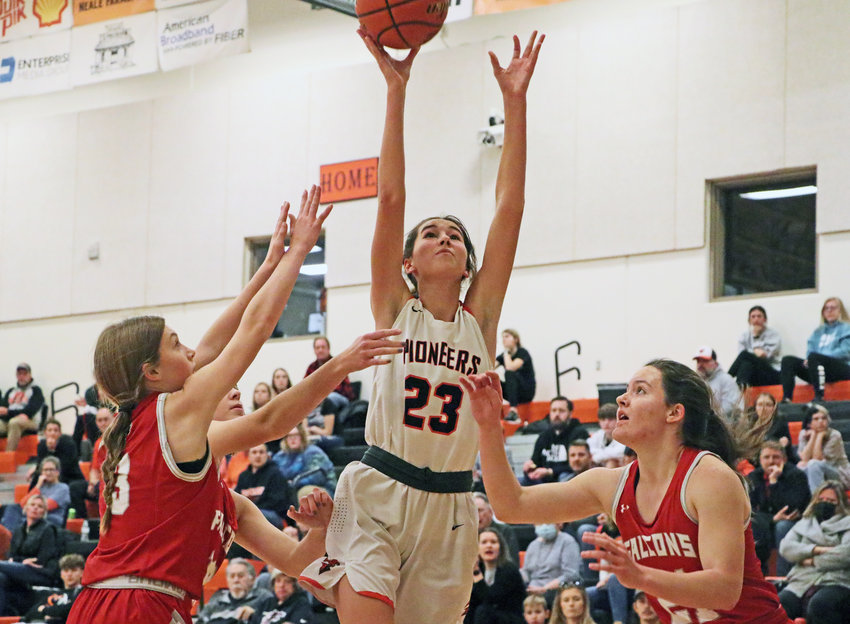 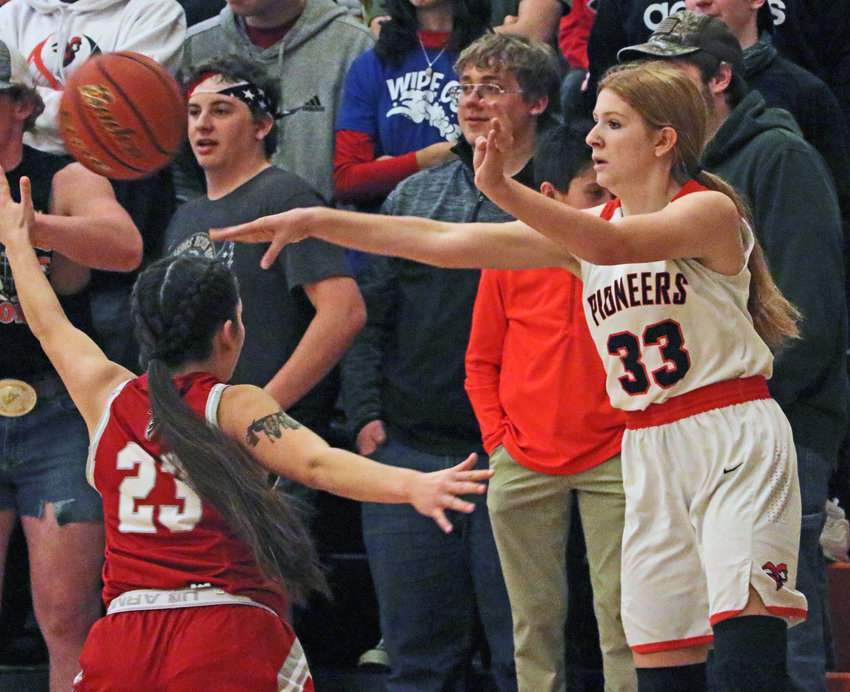 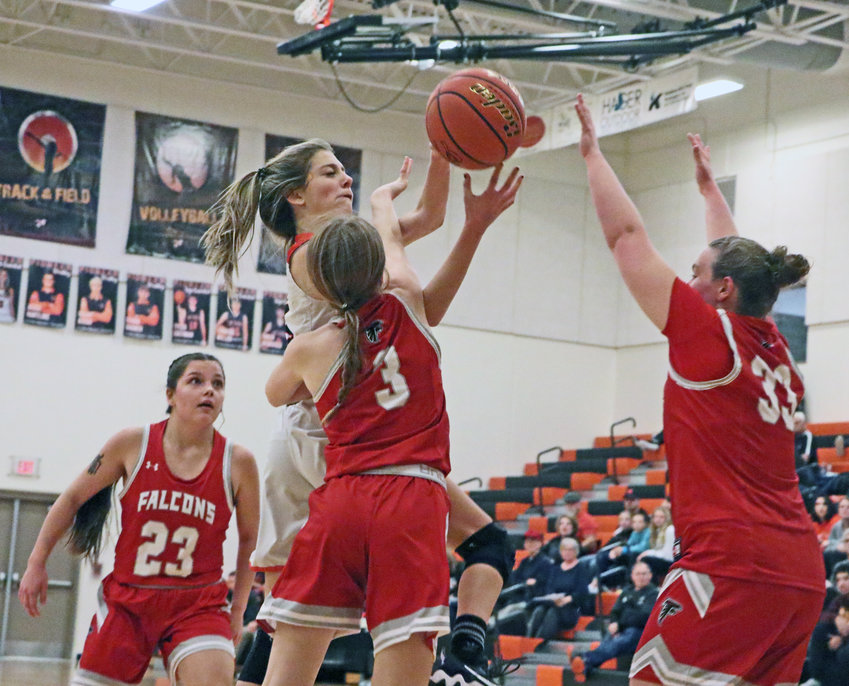 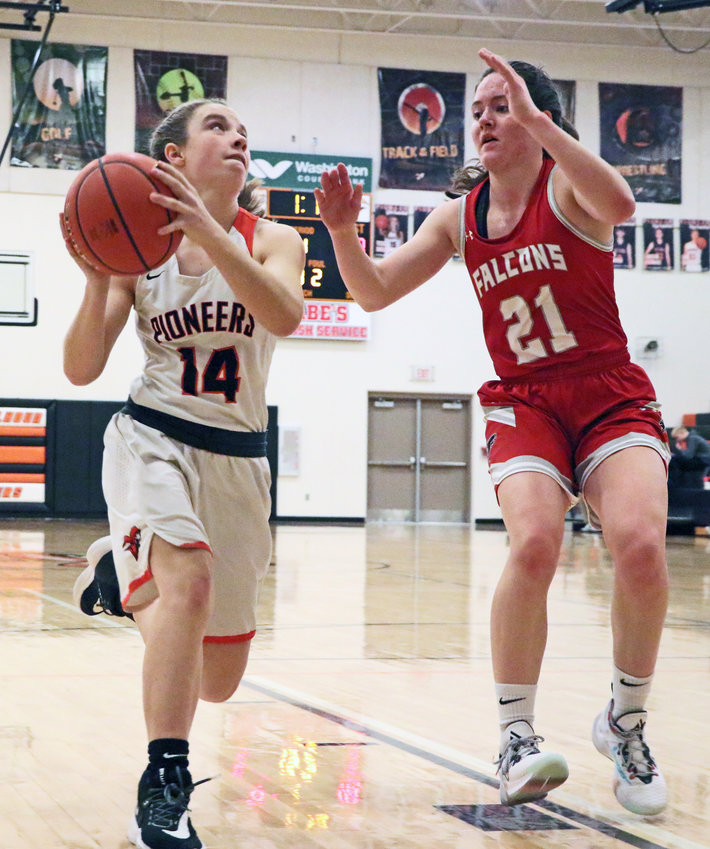 The Fort Calhoun girls basketball team produced its season-high point total Thursday night, but it still couldn't quite keep up with the 2-0 Douglas County West Falcons.
The visitors made five first-half 3-pointers, claiming a 12-point advantage, and bested the Pioneers by a final score of 52-39. The loss dropped coach Marty Plum's squad to 0-4.
“We fought pretty hard,” FCHS senior Tess Skelton said.
Despite their 35-23 halftime deficit, the Pioneers showed the most fight in cutting the Falcons' second-half advantage to just five. To start, Skelton and sophomore Bria Bench opened the third quarter with a pair of 2-point buckets.
DC West then took a timeout to slow Calhoun's advancement, but the Falcons missed a pair of free throws before Skelton's third 3-pointer cut the road squad's lead to just 35-30.
“We realized that we're better than what we played like in the first half,” the senior shooter said.
The Pioneers' scoring run didn't last, though. DC West went on an 8-0 streak of its own, holding off Plum's team from there.
Ultimately, Skelton finished with four 3-point makes and a game-high 18 points. Bench added 10 points, while Maddy Tinkham and Raegen Wells had four apiece to go with Kaylee Taylor's 3-point make just before halftime.
It was the Falcons — and 15-point scorer Avery Wright — who built an early lead on shots from beyond the arc, though.
“They hit some 3s that gave them some confidence that we needed them not to have,” Skelton said of FCHS' first- and second-period struggles.
The home team often made offense for DC West difficult during the first half with tipped passes and hustle plays on the floor, but — more often than not — the Falcons would end up with the ball in scoring position anyway.
“Some of it was luck, like, with how the ball went,” Skelton said. “But I think there was some that definitely should have been our's.”
Instead, the Falcons built a lead and held onto it for their second win of the season. Calhoun, meanwhile, moves onto tonight's game at Yutan. First tip is set for 6 p.m.