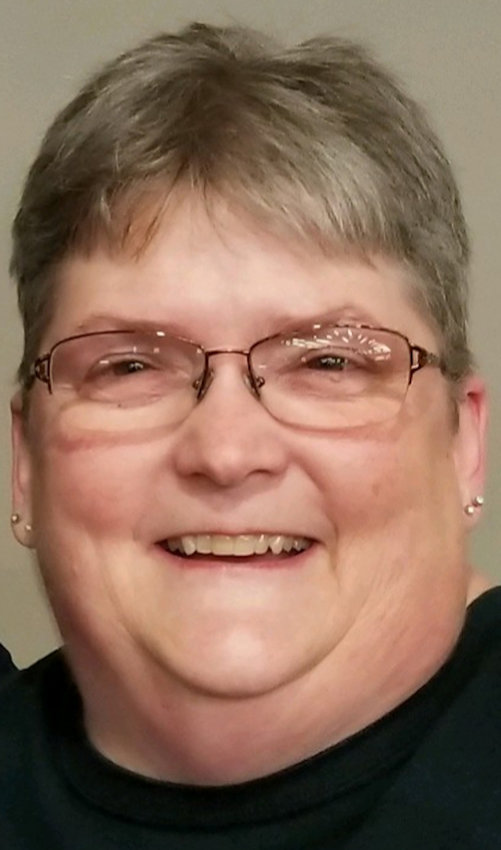 Robin Peck passed away on Friday April 30, 2021, surrounded by family.

Robin grew up in Kennard and graduated in 1980 from Arlington High School. She later lived in Colorado, North Platte and Kennard for many years moving to Blair in 2013. She was married to Don Peck on July 4, 1997, they later divorced. She was preceded in death by her mother Rita, stepfather Merle Halligan; grandparents Joe and Jane Stewart and Fritz and Martha Lambert; her ex-husband Don; her step-brother Mike Halligan; aunts Marva Allison and Lynn Wulf; uncle Mark Kuhr and cousin Mark Wulf.

Robin was an avid hockey fan. She especially loved the Omaha Lancers and also any team that her favorite hockey player, Paul Statsny, played for. She was fortunate to be able to travel to Detroit (both Joe Louis and Little Caesars’ Arenas), Toledo, Topeka, Chicago, Kearney and Lincoln to watch hockey games.  One of her favorite pastimes was playing cribbage with “the boys” (Marty & Richard).  If she wasn’t watching hockey, you could find her at the sewing machine working on a quilt for family or friends.

A celebration of Robin’s life will be held on Saturday, May 8 at 10:30 a.m. at Campbell Aman Funeral Home with a visitation with family on Friday, May 7 from 5 to 7 p.m. at the funeral home. Memorials are suggested to the Omaha Lancers Booster Club “Orange Bus” fund, c/o Shannon Rice, 1393 County Road 35, Omaha, NE 68142.  The family requests casual or hockey attire be worn.