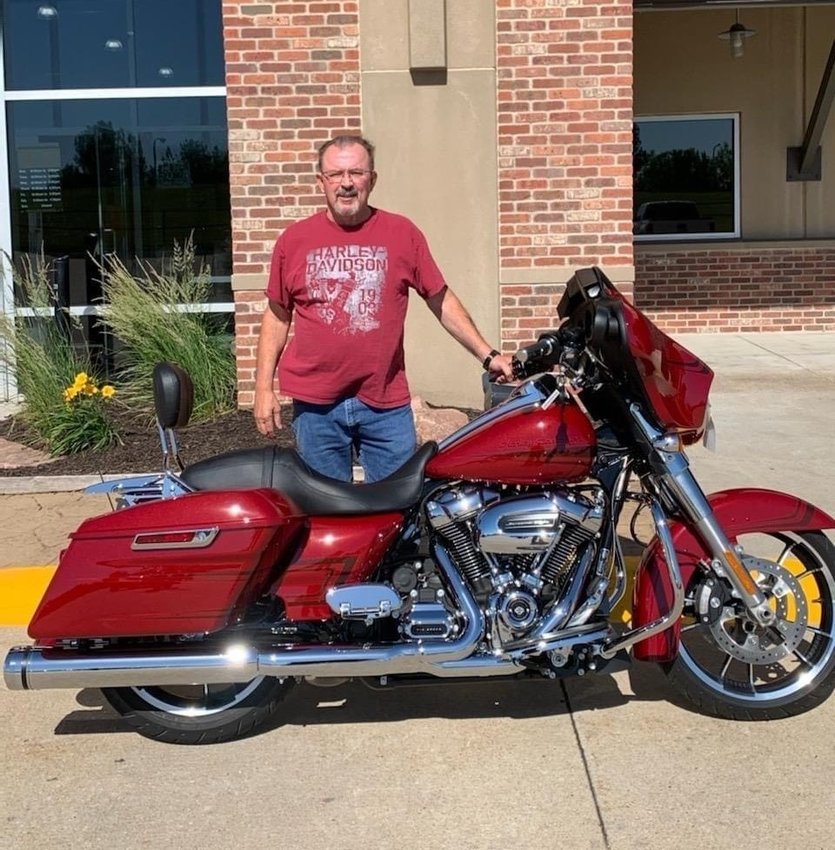 Military graveside services will follow in the Blair Cemetery.  Visitation will be held Sunday, May 15 from 5 to 7 p.m. at Campbell Aman Funeral Home in Blair.

Rick was born on April 25, 1960, in Blair, the son of Lawrence and Berniece (Guy) Scott.  Rick was raised in Blair and graduated from Blair High School.  In 1978 at the age of 17 he enlisted in the United States Navy along with his brother Clinton.  While serving in the Navy he met Connie Flores, and the couple later married on March 8, 1980.  Rick and Connie moved back to the Blair Community where they would raise their family.  Rick worked for his grandparents at Wattenbarger Appliance, before starting his 38 year career with Johnstone Supply.  Rick lived for his family, his grandchildren and riding his Harley.

He was preceded in death by his parents.

Memorials may be directed to the Washington County Community Foundation earmarked for the Blair Veterans Tribute Plaza.