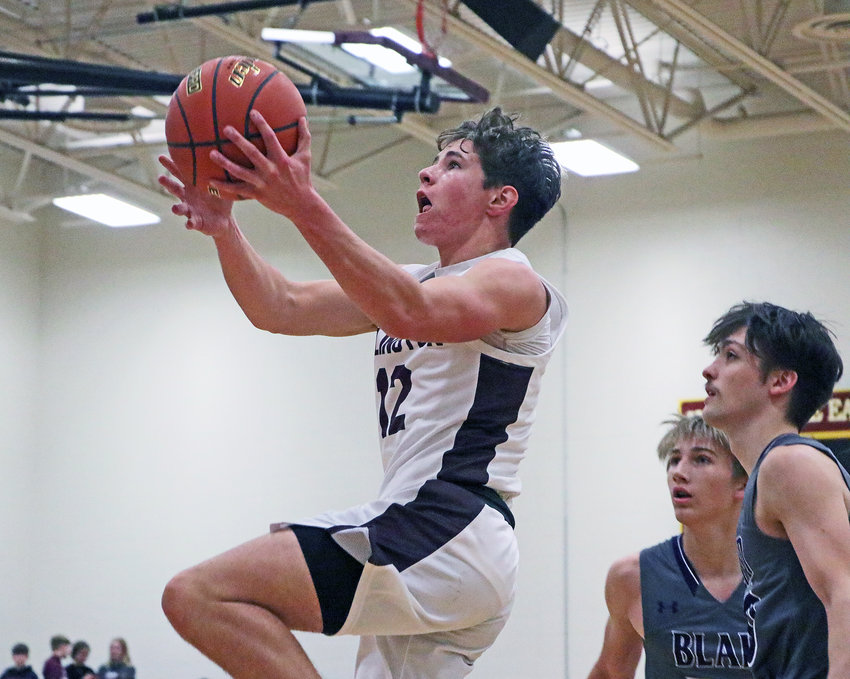 Eagles senior Logan Kaup takes the ball up to the hoop against Blair on Monday at Arlington High School.
Grant Egger 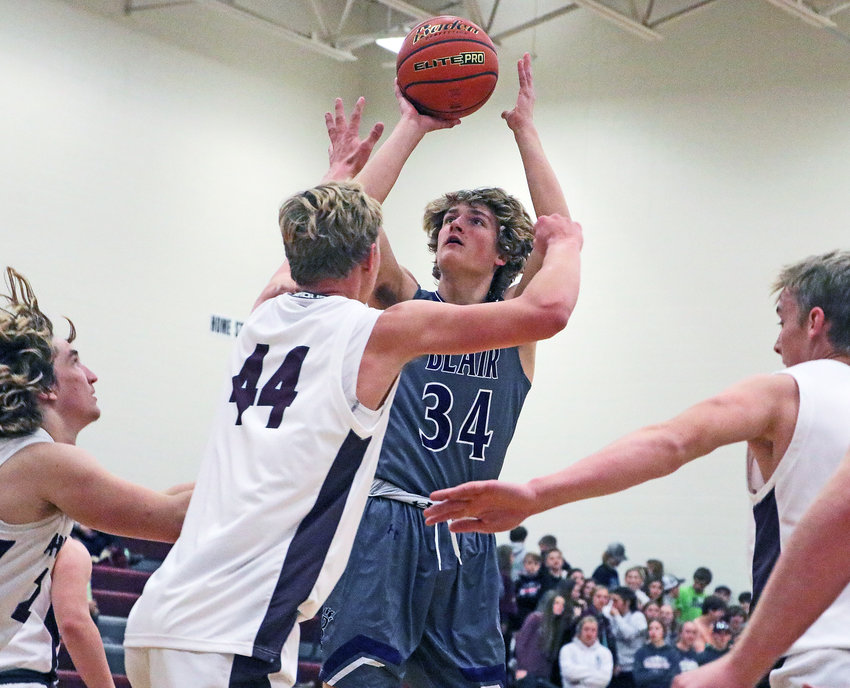 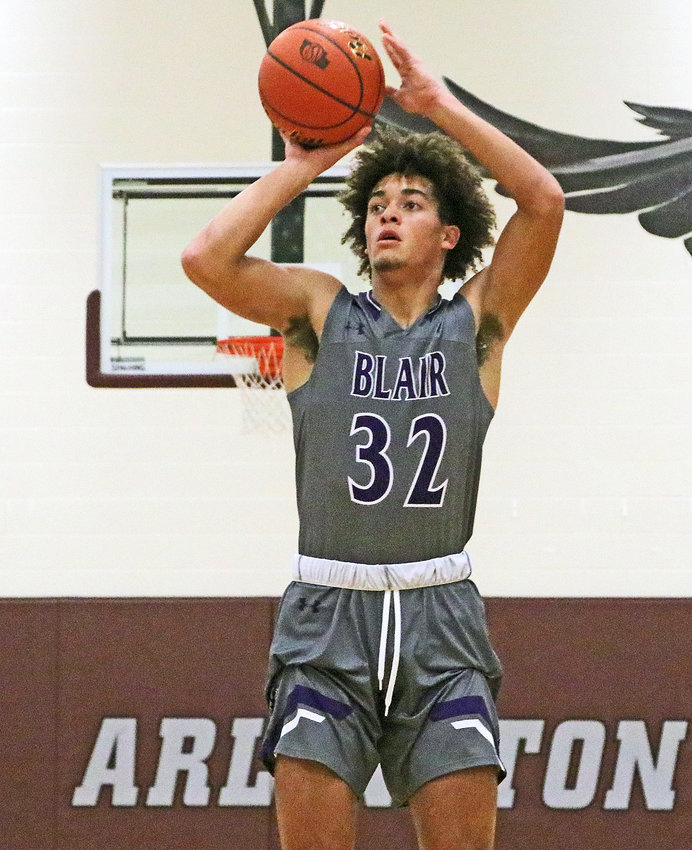 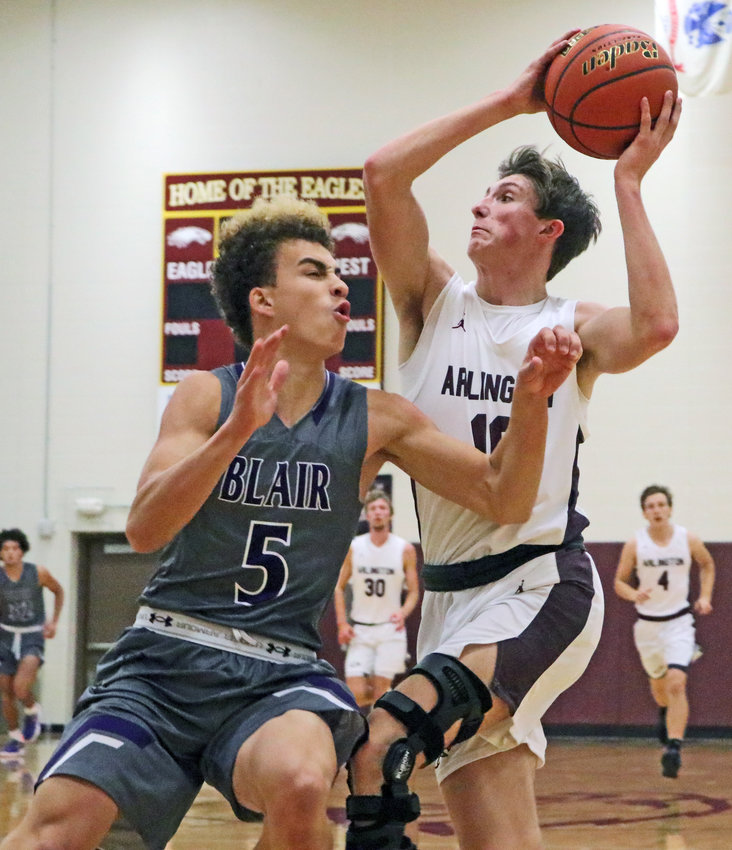 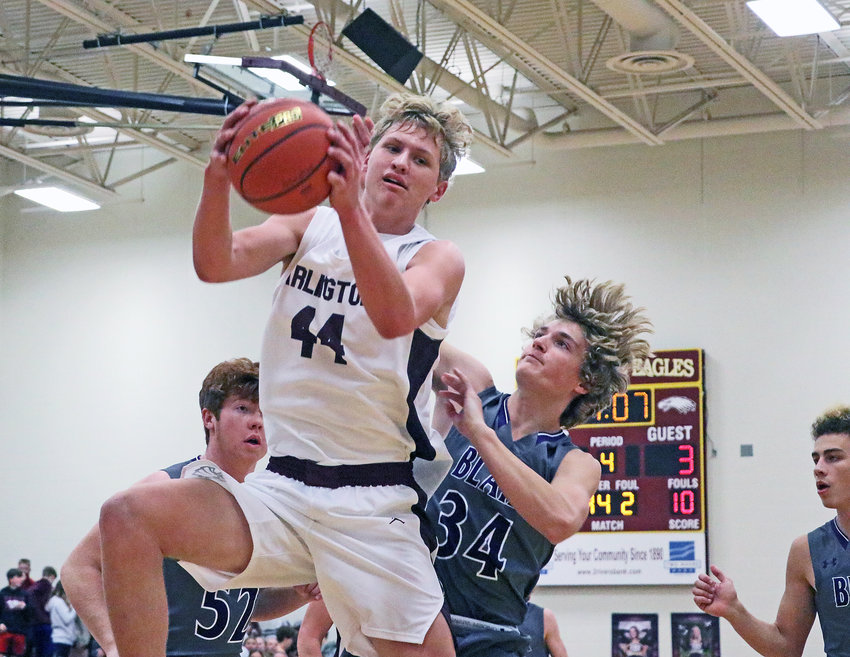 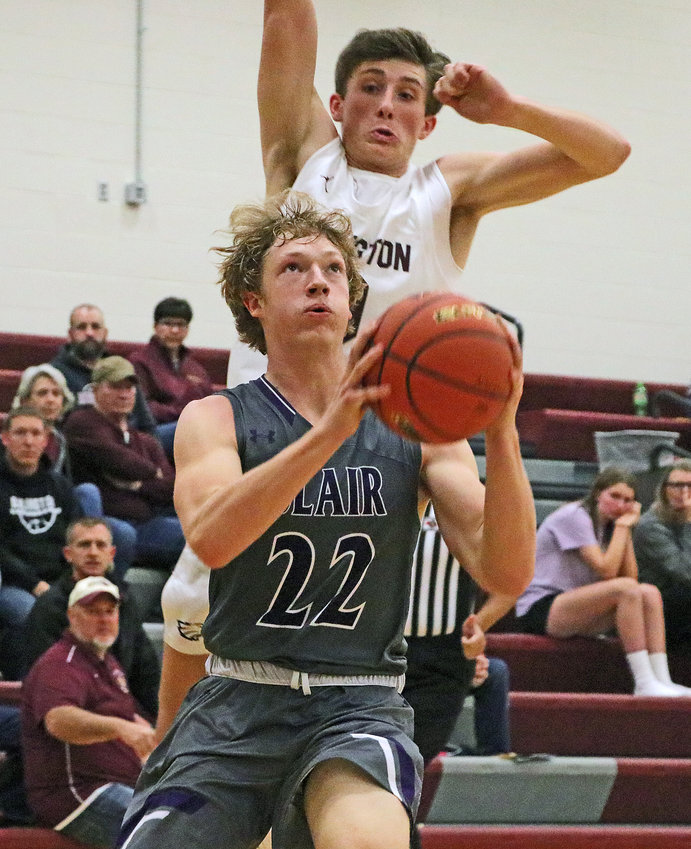 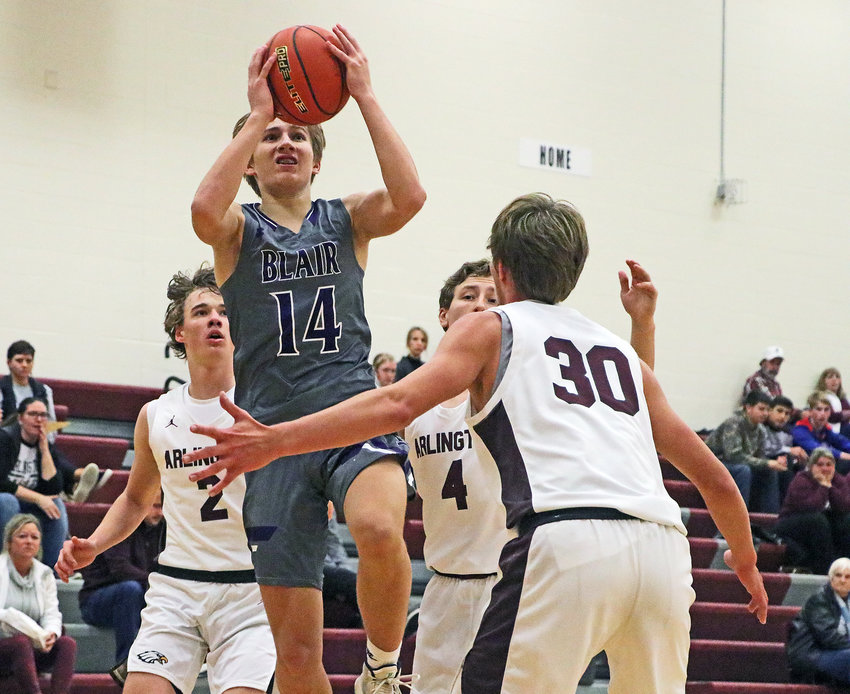 Blair junior Greyson Kay goes up for close shot against the Eagles on Monday at Arlington High School.
Grant Egger 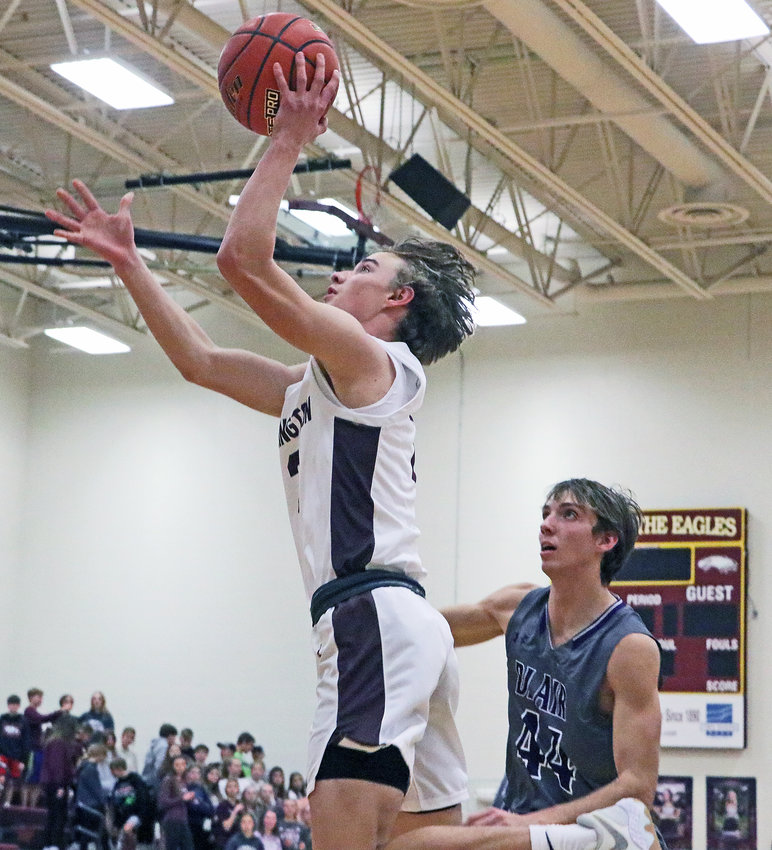 The Arlington boys basketball team outscored Blair 65-62 over four periods Monday at AHS, though a final score wasn't what either team was after during the Jamboree exhibition matchup.
The Eagles and Bears started each quarter at 0-0, playing each 8-minute session with predetermined criteria set by the coaches before Monday's matchup. The standards determined the defenses executed and the personnel used, and allowed each team the opportunity to play in a game-like setting before next week's season openers.
“We really just wanted to get some things on film,” BHS coach Chris Whitwer said. “We brought 18 guys to play. Everybody played.”
Arlington, meanwhile, wanted to get out and run. The Eagles started fast with a 19-14 first period, scoring at the rim and from the foul line.
“We've stressed for the last week that we want to play fast,” AHS coach Tyler Spitser said. “Not having the dominant post presence we had last year, we're going to have to score fast and go in transition, and get guards to the rim.”
In their first action without 6-foot-6 Hastings College freshman Aiden Foreman, senior Logan Kaup notched seven first-quarter points, while Dustin Kirk had six and Nick Smith had four. Senior Colby Grefe capped the opening period with a steal and score.
The Eagles' aggressiveness continued throughout the night.
“I thought we did a really good job,” Spitser said. “We shot over 30 free throws and I think that was the result of putting the pressure on them and being the aggressors — getting to the rim.”
Blair responded during the second period, showing its scoring ability from beyond the arc. Luke Ladwig, Greyson Kay, Sawyer Lawton and Jakob Kantor each knocked down 3-point shots as the Bears outscored AHS 22-13 during the 8 minutes before halftime.
“We've got some guys that have put a lot of time in to have that ability,” Whitwer said. “Some of its a gift, but another major part of it is the work ethic that they have.”
From there, BHS won the third period 17-15 before the Eagles' bench provided a 18-9 final quarter against the Bears' substitutes. Kirk led all scorers with 20 points, while Grefe added 11 for Arlington.
Jacob Czapla, who also knocked down a Blair 3, scored 10 points, while Ladwig had eight and Kay scored seven.
Whitwer said a highlight was seeing BHS' bench celebrate every made bucket, no matter who was in the game.
“They're all living the same game at the same time,” he noted.
The Bears open their season officially Dec. 4 at Ralston. The Eagles, meanwhile, play 7:30 p.m. next Thursday at West Point-Beemer.