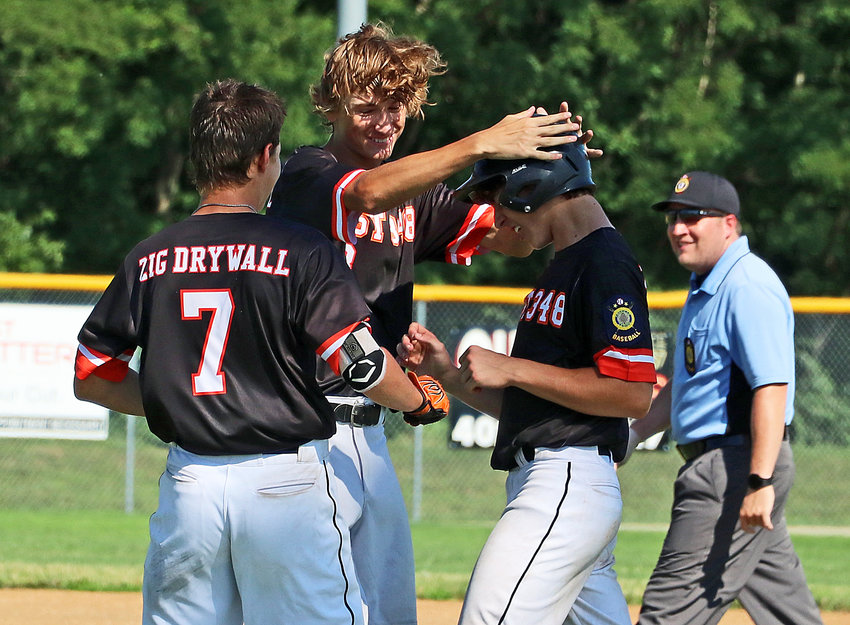 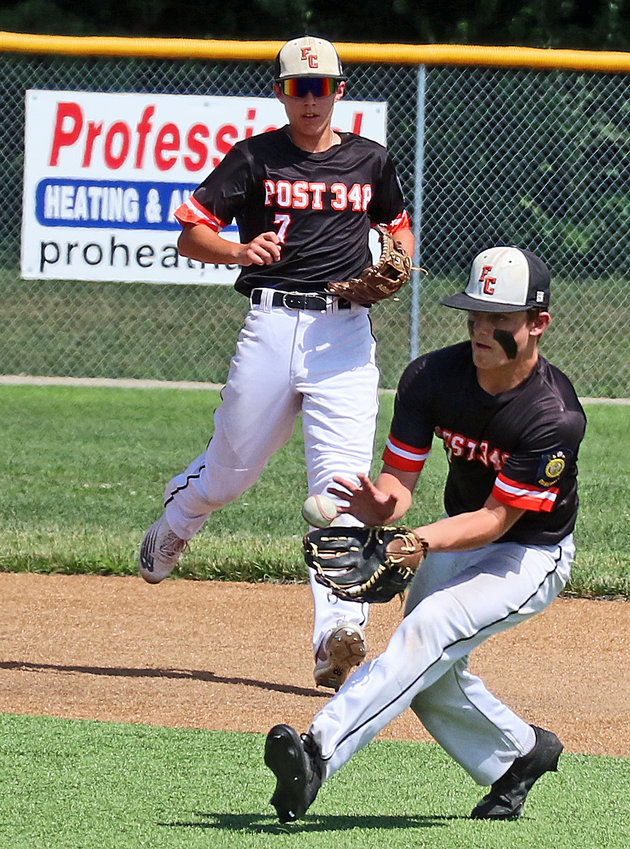 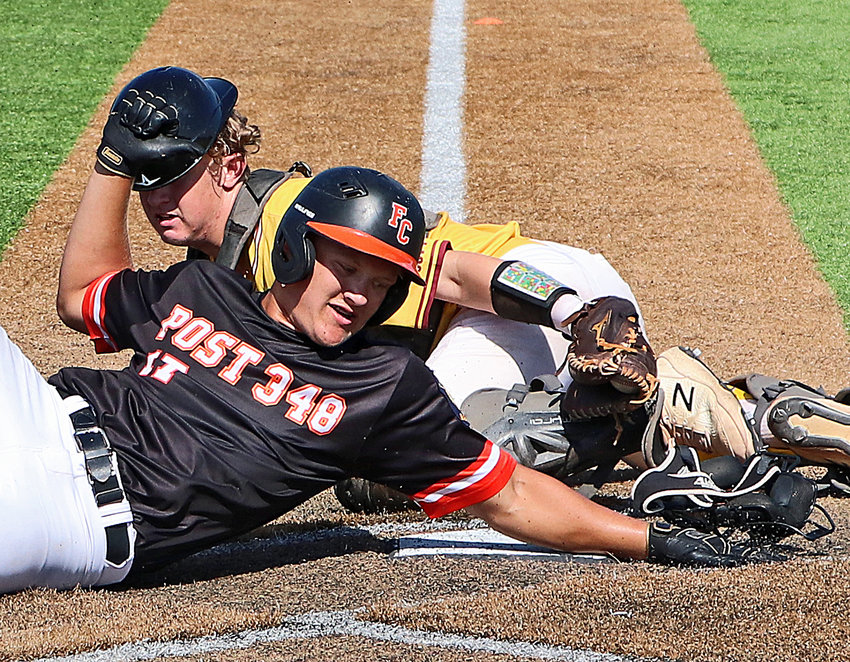 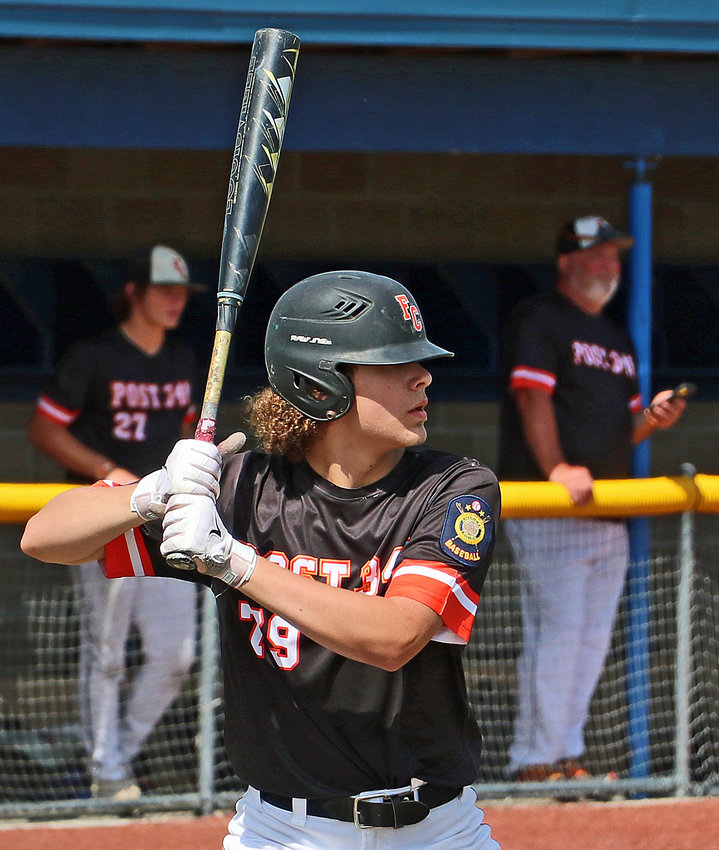 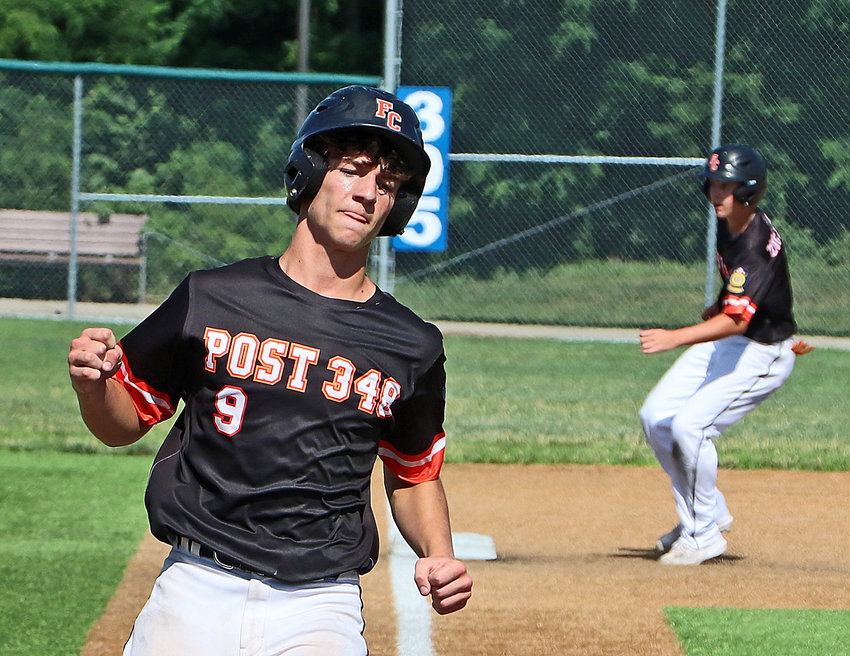 Fort Calhoun Junior Legion pitcher Declyn Otte borrowed a postgame line from his coach to describe Saturday's Class B Area 2 Tournament elimination game comeback in Plattsmouth.
“It was like a pillow fight. A soft pillow fight, most of it,” the tall right-hander said. “Then we just found a way to come back and score.”
Despite their early struggles to generate runs, the Zig Drywall Pioneers forced an extra inning against the Kelly Ryan Pride and advanced to the next round when catcher Chase Premer hit a walk-off RBI single. Post 348 trailed 4-1 going into the bottom of the seventh, but won 5-4.
“I knew I had to get it down somewhere,” Premer said, describing the situation surrounding his game-winner. “So, I was just trying to hit the ball.”
After a lead-off groundout, Otte hit a single to right field to bring Premer up to the plate. The starting pitcher nearly got caught by a pick-off throw to first base, but stole second as the Pride hurler picked up balls and strikes on his pitch out.
When Premer's last swing made contact, though, Otte knew where he was headed from second base.
“I'm listening to my coaches mainly, but I see (the ball) come down and I'm thinking I'm going,” he said.
Otte scored standing up as Jordan Back and Kenny Wellwood made their way across the diamond to celebrate with Premer.
“After not hitting too well the last couple of games, it felt good to get one in,” the catcher said.
Fort Calhoun extended its season despite falling behind 4-0 through two innings. The Pioneers struggled with errors and free bases during the second, but recovered with Otte battling from the mound.
“It was a tough (strike) zone to work in, but I think I found spots he wanted and fought through,” he said.
The Post 348 righty finished with five strikeouts, but no decision after seven innings of work. He scored his team's first run during the fifth inning, too, but it was the three-run seventh that guaranteed the Pioneers a chance to win in the eighth. Premer, Wellwood and Sam Genoways all scored as Kelly Ryan struggled in the field on contact swings by Alex Christensen, Carter Christensen and Back.
“Obviously, we're never going to stop trying,” Premer said of his team's comeback efforts. “We couldn't really pull through for Declyn, but when Sam came in and threw that three-out shutout, we really got an energy boost.”
Genoways struck out two batters during the top of the eighth inning before Premer pushed his team to the next tournament round during the bottom half. Sunday's result and full coverage of the Area 2 Tournament will appear in Friday's edition of the Washington County Pilot-Tribune.

Pioneers drop opener, 13-4
A day before its comeback win, Post 348 outscored the Area 2 Tournament hosts 4-1 across the last two innings Friday evening. It still lost the bracket opener handily, though, 13-4.
Plattsmouth scored five runs during the first frame, four in the second and three in the third to take a dominant 12-0 lead. The Pioneers scored three during the top of the fourth inning, but they were still too far behind, suffering their 11th loss of the summer season.
Errors benefitted Fort Calhoun's run-scoring efforts in defeat. Alex Christensen plated his team's first two runs when he hit into an error in the fourth frame.
Genoways scored on a Plattsmouth miscue, too.
Then, during the fifth inning, Avery Quinlan facilitated the Pioneers' final score when he hit into an error as well. 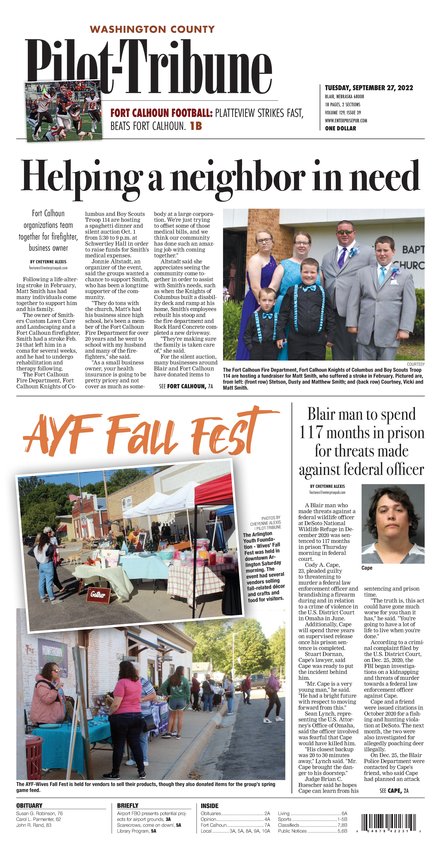