Cross-country returns many with state experience 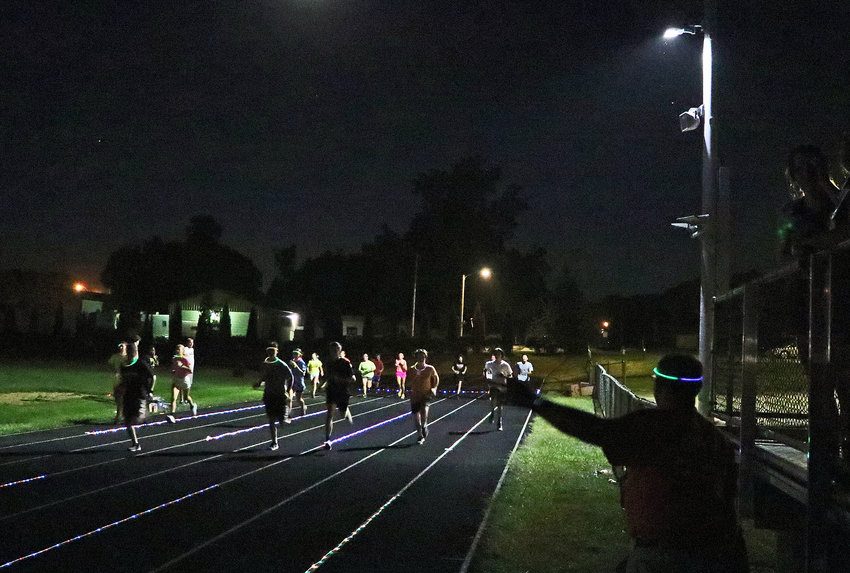 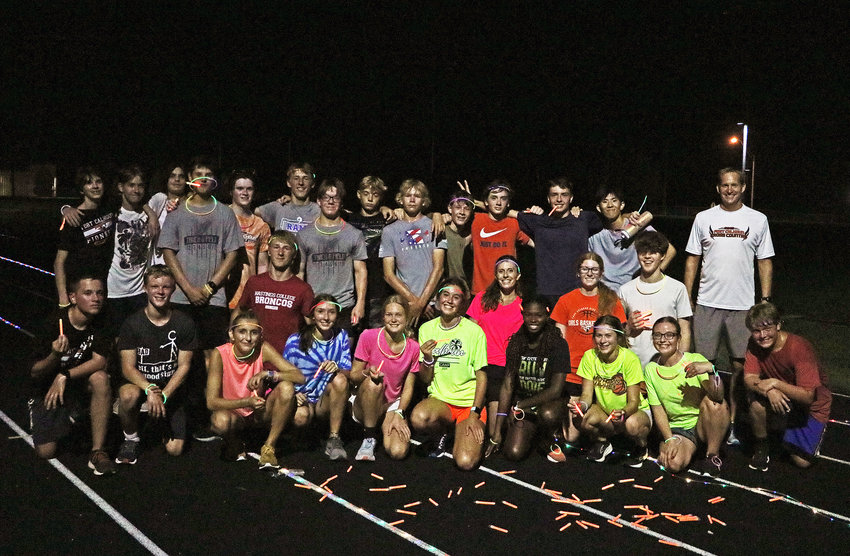 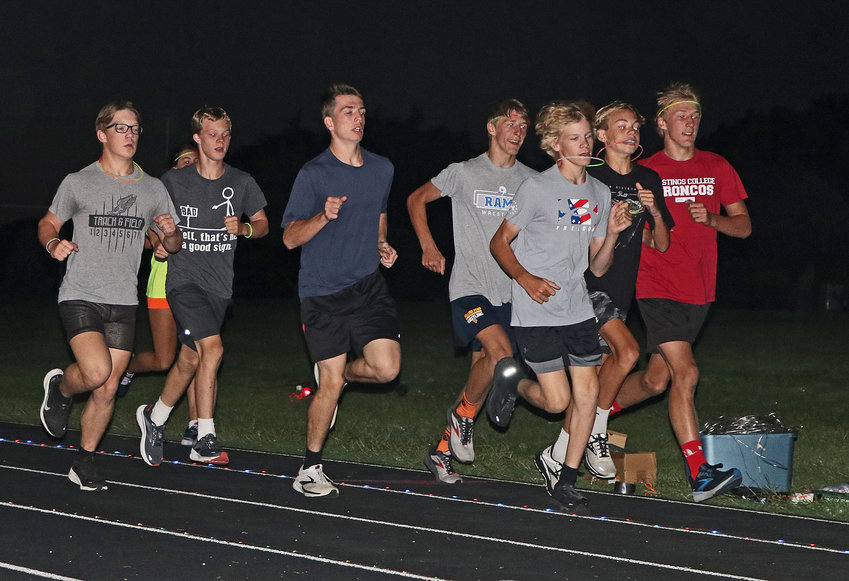 As the sun set on the first practice day of the fall season, three empty Amazon boxes sat to the side of the Fort Calhoun High School track.
The lanes themselves were sporting a new look for the 2021 state champion Pioneers' nighttime running session.
“I figured, 'Let's have some fun,'” coach Kyle McMahon said Monday.
After a parents meeting, FCHS put in work on a glowing track to start its preparation for the Aug. 30 opener at Plattsmouth's Rhylander Park. Rope lights, glow sticks and glow-in-the-dark short hurdles all made for an enjoyable, cool night session that lasted until 10 p.m.
“It's a fun start, especially for the freshmen,” senior Ely Olberding said. “Some people think cross-country is just running, but our coaches make it more than that.”
“It was just something to break the ice from summer running to actual practices,” junior Bria Bench said, describing the night as “fun.”
Olberding even noticed a positive effect on the work he and the Pioneers put in.
“It distracts you from your running,” the team's top returner said. “You see the lights and you're like, 'Man. I feel like a little kid again.'”
Fort Calhoun returns the vast majority of the lineup that earned the school's first boys state title last fall. Though Jacob Rupp graduated, Olberding earned fourth in Class C less than a year ago. His brother, Lance Olberding, was fifth in Kearney as well.
“It's not easy to repeat things, but I feel pretty good with our team and the chemistry our team has,” Ely Olberding said. “Everyone believes in each other.”
Newcomers Will Dennis and Seth Waters “looked strong” during summer running, too, according to McMahon. They could help solidify an experienced lineup with championship pedigree.
Meanwhile, on the girls' side, Bench returns after finishing 21st at state last fall. The one-time state medalist's team was 11th overall.
“We've qualified each year, but I think this year we can have an even better, stronger team,” Bench said.
Dala Drowne, the Pioneers' second runner, is also back. She, more returners and a strong freshman class that includes Maelie Nelson has Bench excited for the potential of more medals and possible meet wins this fall.
There are no guarantees during a cross-country season, but Fort Calhoun is optimistic after its first nighttime run of the year.
“I can't say anything for certain,” Olberding said. “But, as long we do things right, we should be good.”