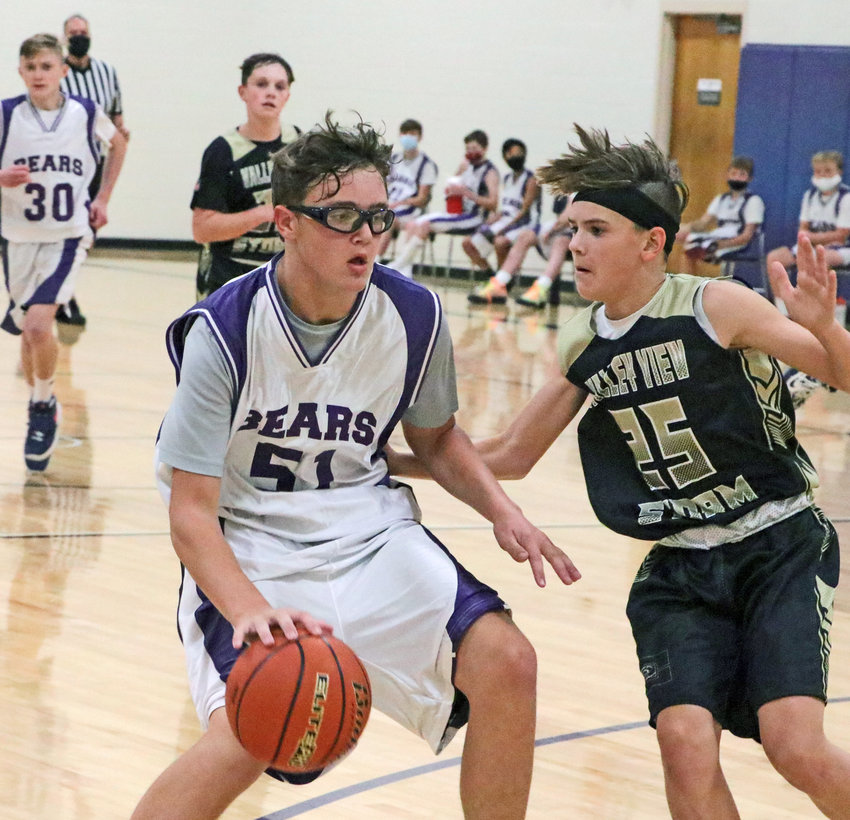 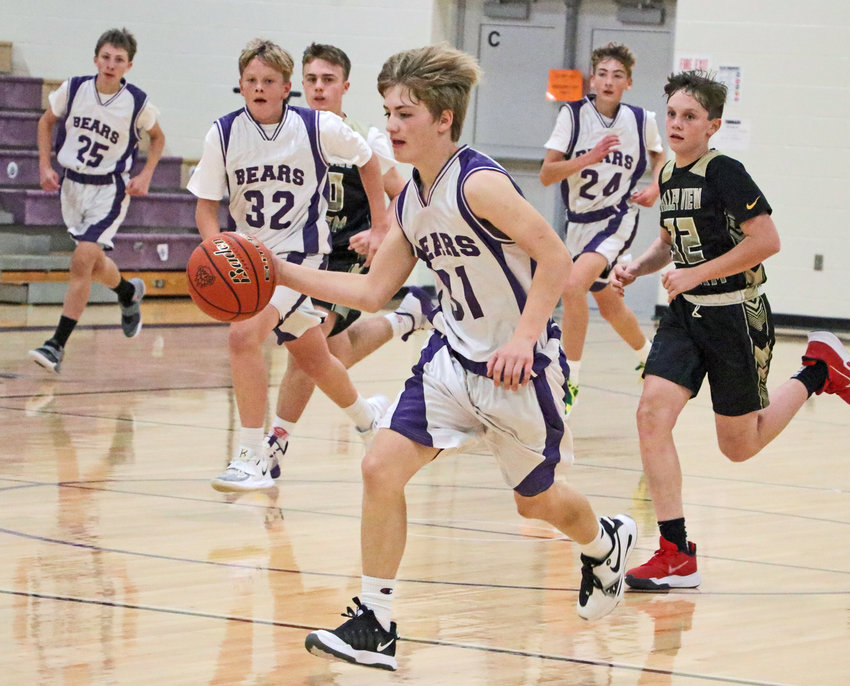 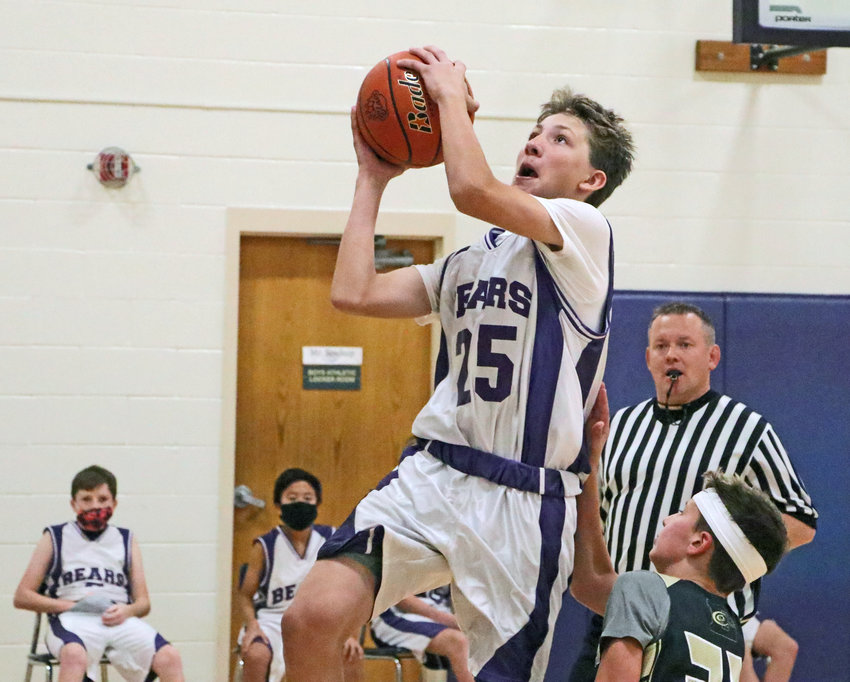 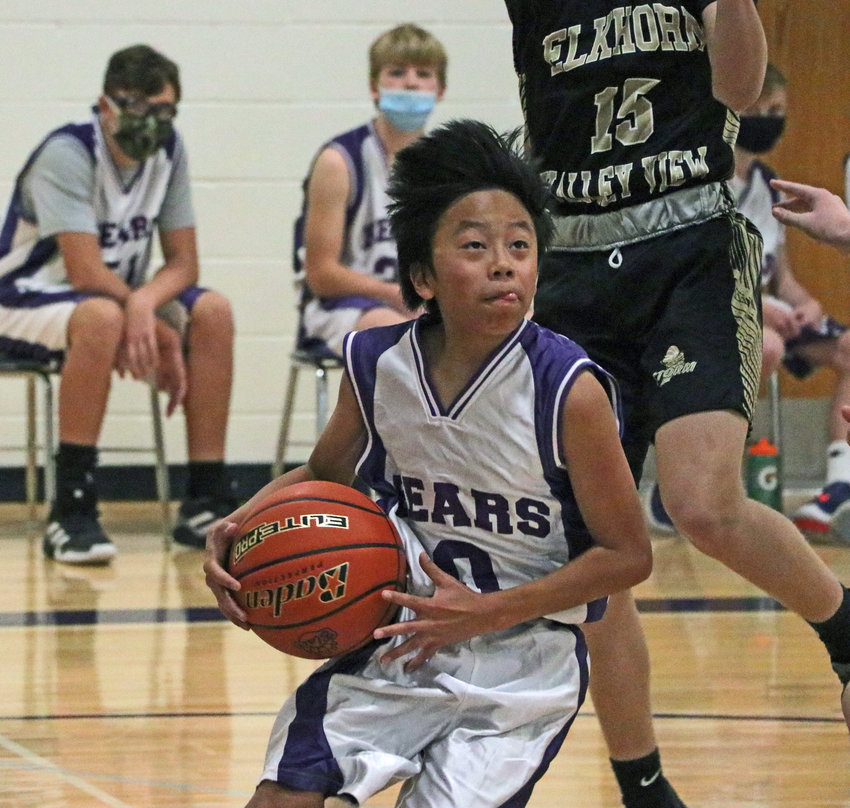 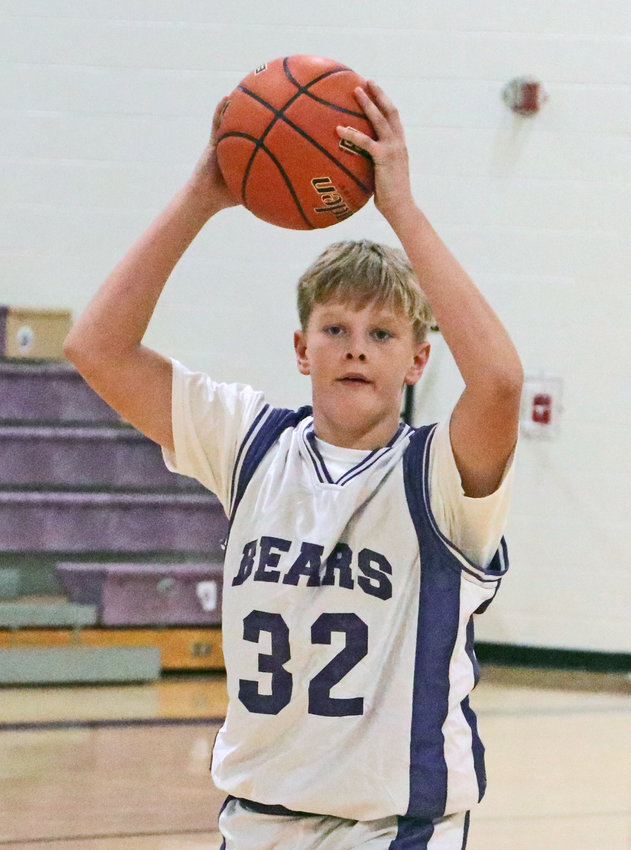 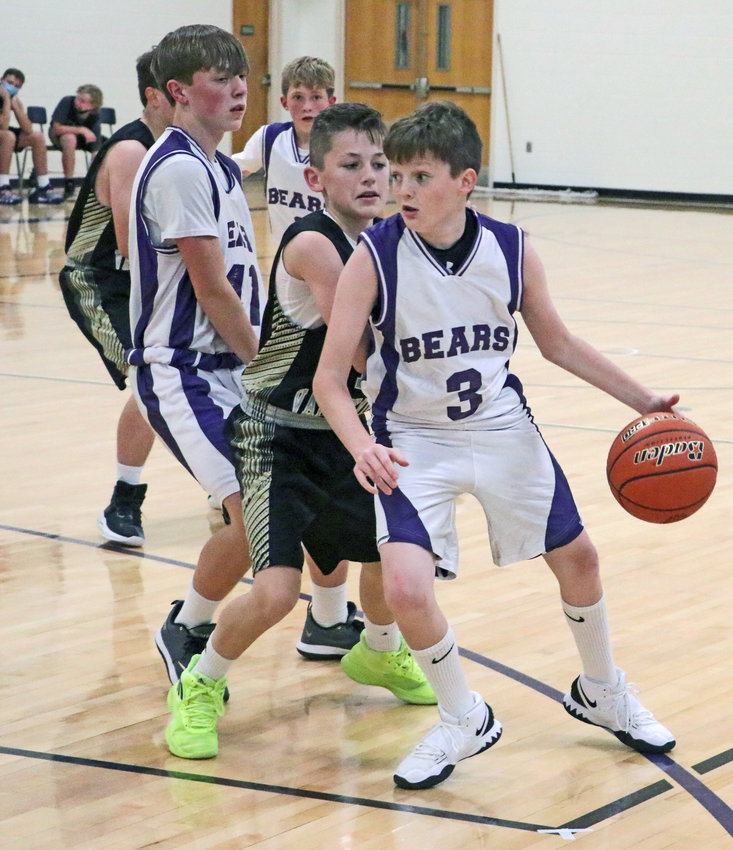 The Otte Blair Middle School eighth-grade basketball season opened Monday with a back-and-forth home game against the Elkhorn Valley View Storm.
The Bears' “A” squad led 41-36 during the third quarter, but fell 61-56 despite late 3-point makes by Carter Saylor and Easton Bosanek. The “B” game was also won by the Storm.
Thomas Chikos and AJ Damme led Otte in the “A” nightcap with 14 points apiece. The eighth-graders also led the Bears in rebounding.
Damme contributed largely to the Bears' first-half success. He scored layups to make the score 11-5 and 22-14 before Valley View went onto notch a 15-0 scoring run to take early control.
Chikos, meanwhile, helped Otte come back and take a third-quarter lead with eight-straight points. The last of his four buckets in the quarter came on a post turnaround jumper, which made the score 37-36 in the Bears' favor.
The Blair play of the night, however, arguably came at the start of the fourth. On a hustle play, Saylor darted to a loose ball under his team's hoop, saving it from going out of bounds by throwing it back over his head around two Storm defenders. His no-look pass ended up in Damme's hands and resulted in an easy bucket as the Valley View players were unable to recover to make a defensive play in time.
From there, though, the Storm outscored the Bears 18-13 to earn the win. Behind Chikos and Damme's combined 28 points, Saylor had 11 and Easton Bosanek had nine in defeat. Nelson Kosch added five points and Alex Just notched three.
Otte's roster also includes Zeke Prochaska, Keenan Wyman, Avian Kile, Colton Flynn, Peyton Briggs, Lucas Matejka, Cooper Sorensen, Gabe Flynn, Jase Bensen and Josh Keough. Its season continues through Dec. 15 when the eighth grade team hosts Elkhorn Grandview Middle School.