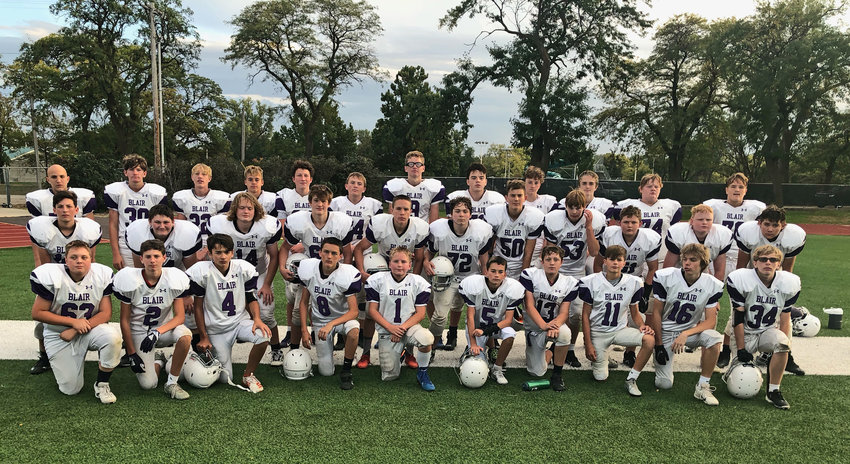 Otte Blair Middle School's eighth-grade football team completed an unbeaten season Oct. 12, shutting out Columbus on the road to cap it.
The Bears' 12-0 win finished off a perfect, 6-0 season record.
“The kids have played well all season and have gotten better every game,” coach Jason Arp said.
Thirty-three motivated eighth-graders made up the Otte team, which also had seventh-grade success a year ago. It routed Bennington 44-14 first before topping South Sioux City 42-12.
The Bears moved to 3-0 with a 36-20 win over Ashland-Greenwood before a 24-6 victory against Norris. Their closest win was a 26-18 game against the Waverly Vikings, which set up Oct. 12's opportunity to finish the year with an unblemished record in Columbus.
“This year's team was able to do some fantastic things on the field both running the ball and passing, and had an extremely tough defense,” Bears coach Matt Novak added. “The team was a joy to coach. They are an exciting group with a bright future as they progress through the BHS football program.”