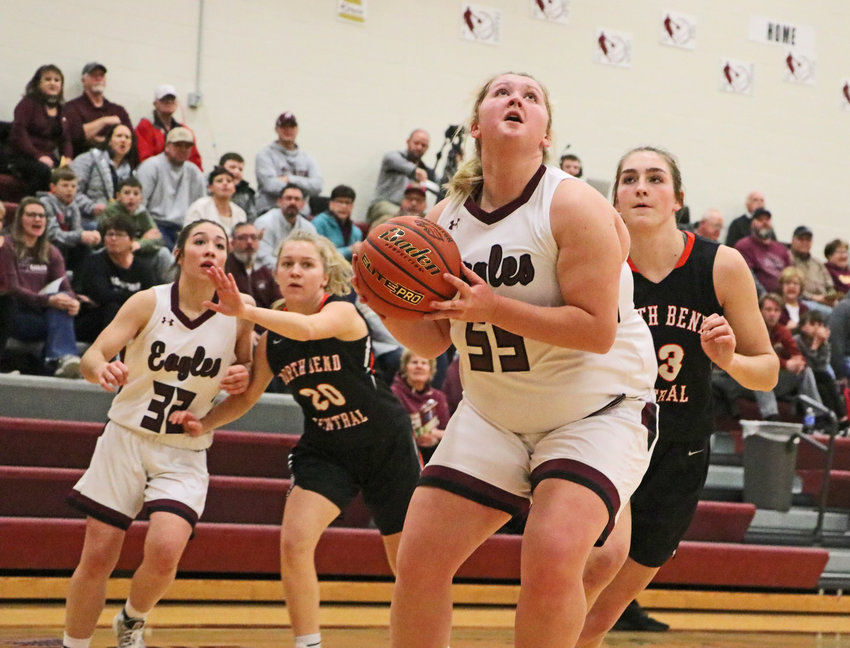 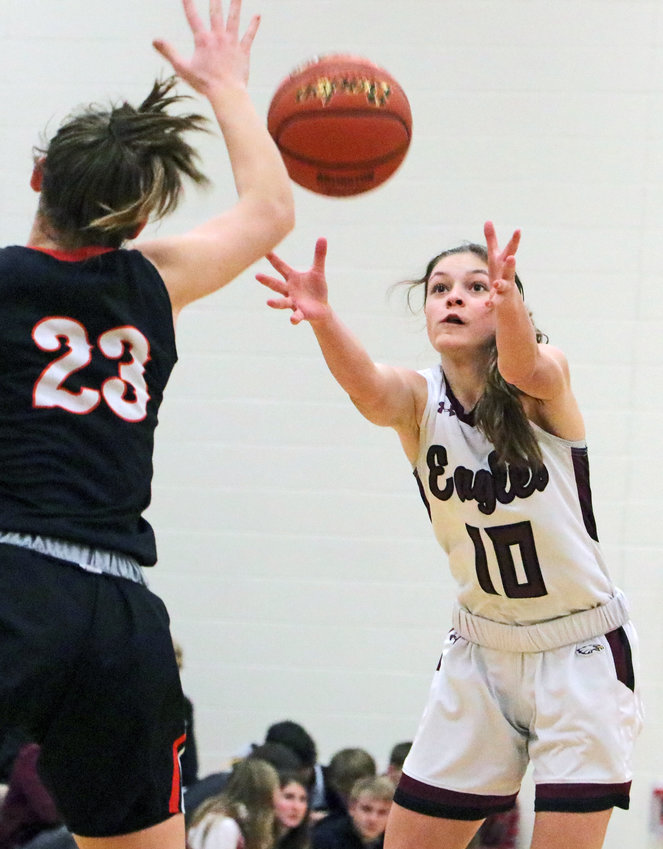 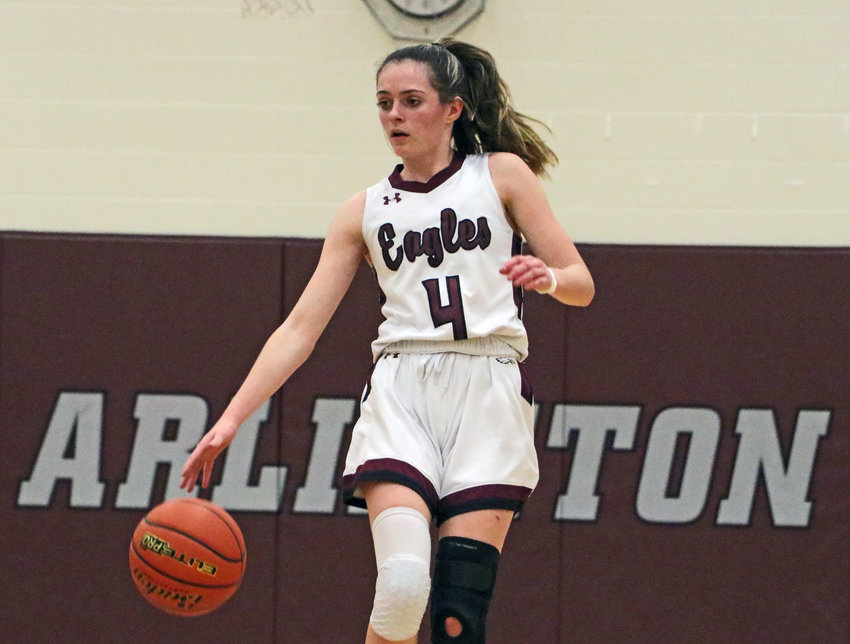 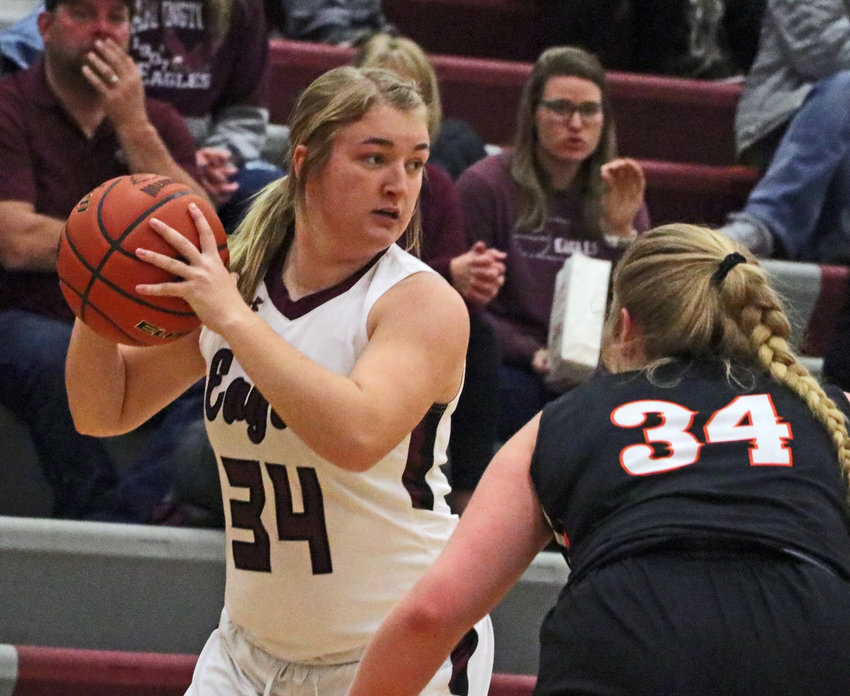 The Arlington girls basketball team scored just six first-half points against Class C1 No. 4 North Bend Central on Tuesday, but came back with 16 more during the second.
It wasn't enough to dent the Tigers' lead — which turned into a 52-22 victory — but it was a step forward offensively for the 3-9 Eagles.
“In the locker room, we were just talking about moving and just looking to score every time,” AHS senior Kate Miller said after scoring half of the Eagles' 22-point output. She scored nine points after halftime, including three on a shot make from long range.
Eagles freshman Libby Hegemann, meanwhile, was effective throughout. The 5-foot-4 guard scored during every quarter, finishing with nine points total.
“I knew I had to play for my team tonight,” she said. “I had to come out strong, and be the communicator tonight and just have fun.”
Miller noticed the ninth-grader's efforts.
“She was looking to score every time and she played really good,” she said.
Hegemann said her favorite bucket of the night was her first.
“It was one of the, I think, Emanuel girls that was guarding me,” she said.
Three Emanuels — a senior, a junior and a freshman — start for the fourth-ranked Tigers. The senior, Sydney Emanuel, scored her 1,000th point in Arlington and finished with 11 for the game.
While North Bend moved to 10-1 with the 30 point win, Arlington fell to 3-9 with its sixth-straight loss. Still, Miller said the Eagles are and will continue to work to improve going forward.
“Rebounding,” she said when asked for one thing the AHS squad can do better. “I think we talk about that every day in practice, every game.”
Coach Luke Brenn's team next plays 3:30 p.m. Saturday in Syracuse.