No. 3 Badgers outhit No. 9 Bears in regular season finale 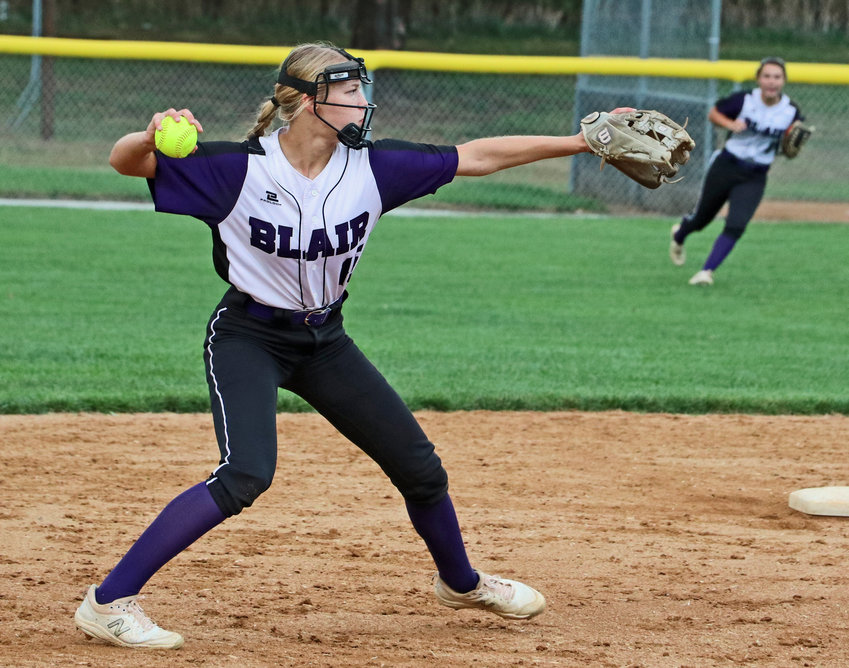 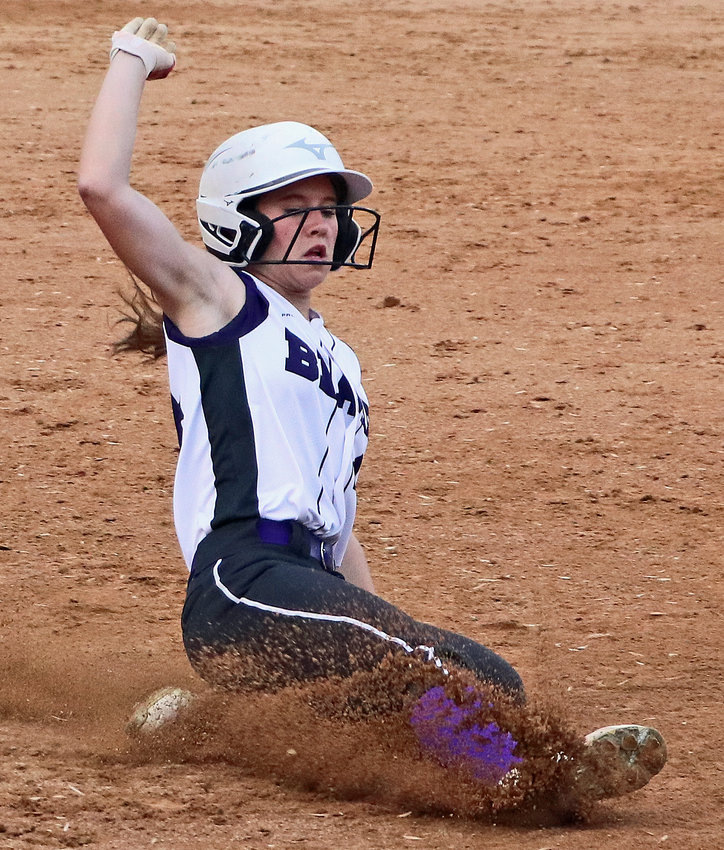 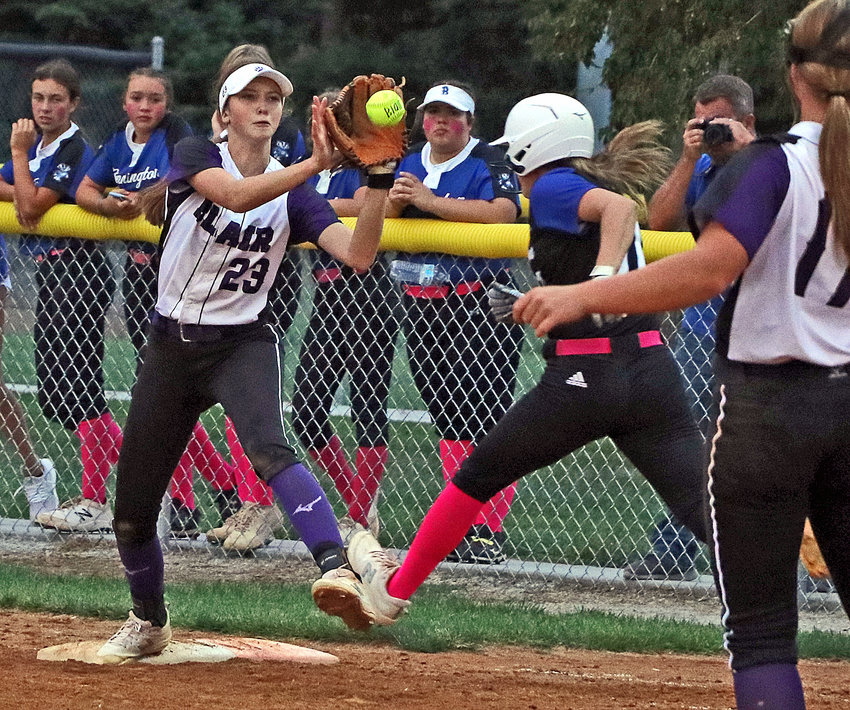 Bears first baseman Claire Mann gloves the throw to first base for an out against Bennington on Thursday at the Blair Youth Sports Complex.
Grant Egger 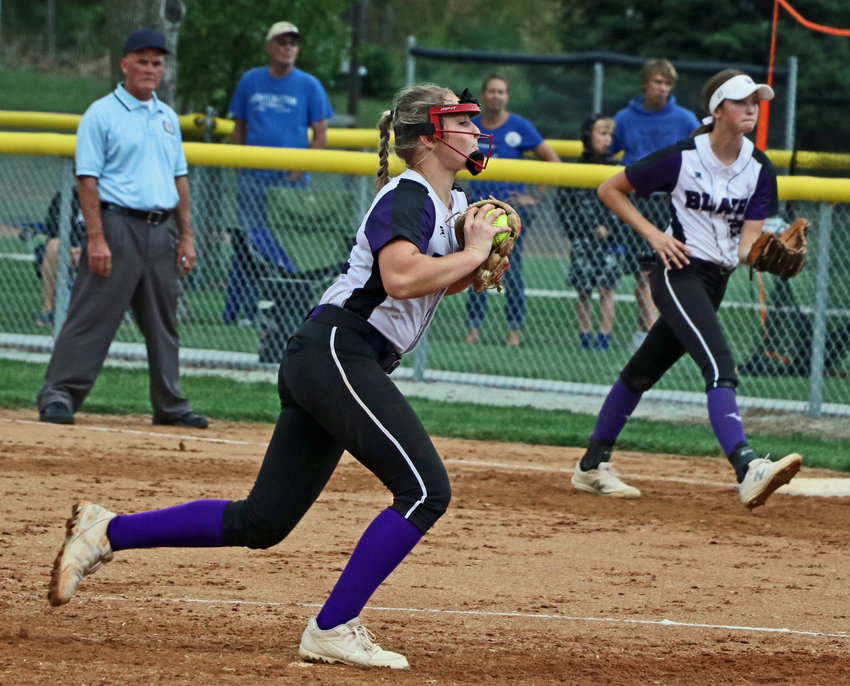 Class B No. 3 Bennington hit five home runs Thursday at the Blair Youth Sports Complex, sending the No. 9 Bears into the postseason with their fourth-straight loss.
Notably, all four recent BHS defeats came to teams with 20-plus wins, including the 21-4 Badgers who outhit and beat the Bears 9-3 across seven innings.
“They swung the bat well,” Blair coach Jennifer Fangmeier said afterward, referencing Bennington's five bombs. “I thought our pitchers, outside of those, did a really nice job keeping them off balance, and our defense was strong tonight. You just can't defend a home run.”
Bennington opened Tuesday's game with power swings. It scored two runs on two solo shots, leading 2-0 through one inning.
The Badgers then added five more runs on two homers during the top of the fifth inning before the Bears finally answered. Blair's Reese Beemer led off the bottom half of the frame with a double to the left field fence. Brooke Janning followed with an infield single, giving BHS two base runners with no outs.
Nessa McMillen took advantage, singling in Beemer before Janning raced home when the Badgers had the batter in a rundown between first and second base. The chase failed, though, when Janning slid face-first into home plate and McMillen earned a spot on the middle bag.
The Bears' Tessa Villotta was up next, delivering an RBI single. She reached second when McMillen slid to beat a Badger throw home.
Blair's Eastern Midlands Conference foe added one more two-run shot during the sixth inning, though, putting the game away. Bennington led by six and won by that margin.
In defeat, Fangmeier remained confident in her BHS team going into Monday's Class B-2 Subdistrict Tournament at Omaha Skutt Catholic.
“I think our focus right now is one game at a time,” she said. “We know we have Ralston on Monday, so our focus is to beat Ralston.”
At 15-12 against a tough schedule, the Bears felt prepared for the postseason Thursday night.
“We're ready,” Fangmeier said. “And excited.”
Note: The Blair junior varsity team closed its season with a 7-6 win against Bennington on Thursday. Bria Scott notched her own homer during the victory.