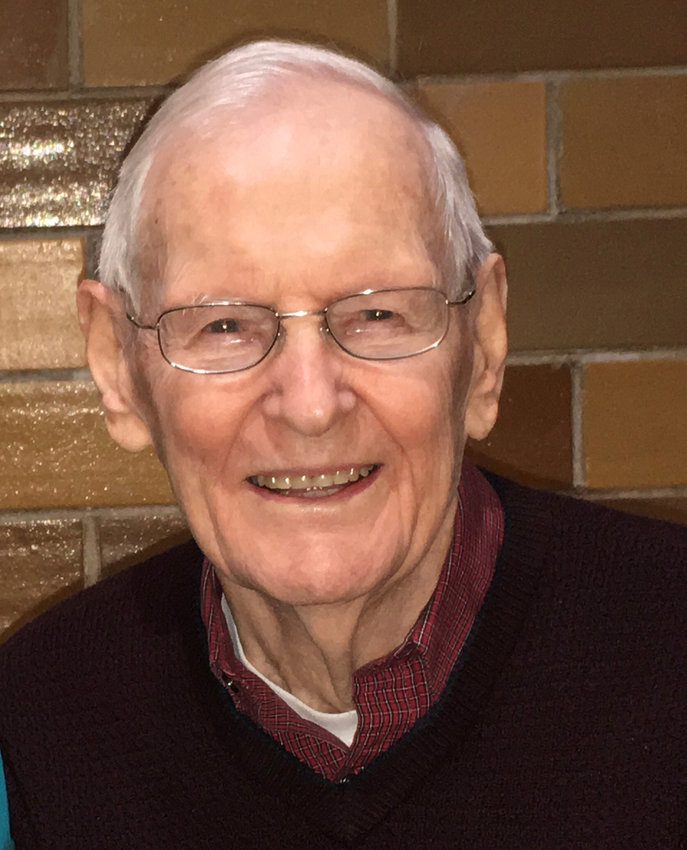 Nils Stockfleth Magelsen Oldberg passed away on Sept. 24, 2022, at the age of 99 years in Blair. Services will be held Saturday, Oct. 8, 2022, at PassageWay Church in Blair, with family greeting friends from 12 to 2 p.m., and services beginning at 2 p.m. Services will be live streamed by PassageWay Church. Burial will be held 10 a.m., Oct. 9, 2022, in the Center Ridge Presbyterian Church Cemetery north of Red Oak, Iowa, at a later date. Memorials may be directed to the Evangelical Free Church of America “Bibles for Congo” at the following link: https://give.efca.org/?des=Nils%20Oldberg%20Bibles%20For%20Congo%205415.

He served a carpenter apprenticeship under his father and was a member of Carpenter’s Union no. 71 in Kansas City. He served three years in the U.S. Navy aboard the submarine Guavina, SS 362 during WWII. Nils received a Bachelor of Science in Agriculture from the University of Missouri in 1950. He was a member of the University of Missouri chapter of the Inter Varsity Christian Fellowship during his college years and was the president of the IVCP for two years. He married Laura Lucille Shields on June 8, 1951.  He and Laura became missionaries, serving with the Evangelical Free Church of America from 1951 – 1990. This included one year of studies at Trinity Bible College and Seminary, followed by another year of studies in Belgium to learn French and then to complete the “ Colonial Course” required by the Belgian government for teaching in the Belgium Congo. They arrived in Congo on Oct. 1,1953, to begin their teaching ministry.

Nils also earned a Master’s degree in Secondary Education from the University of Missouri in 1966. He was preparing to teach and be the principal of a new Secondary School started by the Free Church mission in Congo. Nils and Laura served in two different secondary schools in Congo until 1973. Since Nils’ position in Congo, as principal of the teacher training high school, was being filled by a Congo university graduate, and it appeared that their ministry in Congo was ending, they were asked by the Mission to open a new field in Belgium and do church planting.

This required that he go to seminary for two years, earning a Master’s degree in Missions and Evangelism. He was ordained as a minister of the Gospel in September 1977, and in November the couple went to Belgium to begin the work. After starting two churches in the greater Brussels area, they retired in 1990.  Nils then served the mission as coordinator of Missionary Construction Teams, recruiting and sending teams to do construction work in many countries where the Mission was involved. He accompanied several of these teams and worked alongside them.  In 1996 he retired from the work.

He is survived by, Laura Oldberg, his wife of 71 years, his children; Rachel Ingrid and Nathan Bliss of Rockford, Ill.; David Loren and Karin Oldberg of Blair; Paul Jonathan and Patti Oldberg of Missouri Valley, Iowa. He is also survived by 11 grandchildren and their spouses, and by 28 great-grandchildren.