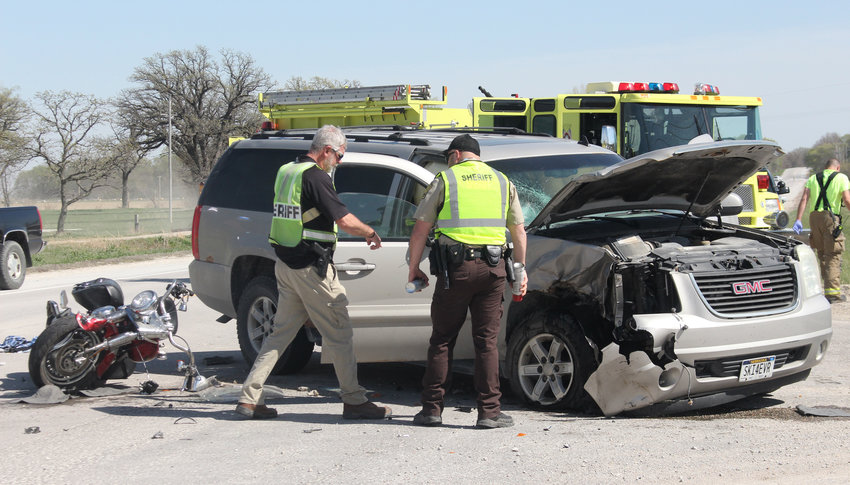 Washington County sheriff's deputies investigate a two-vehicle accident involving a motorcycle along U.S. Highway 75 near County Road 30 north of Fort Calhoun. Deputies and Fort Calhoun Rescue responded to the crash just before 3:30 p.m. Monday. The driver of the motorcycle was transported to Nebraska Medicine.
Leeanna Ellis 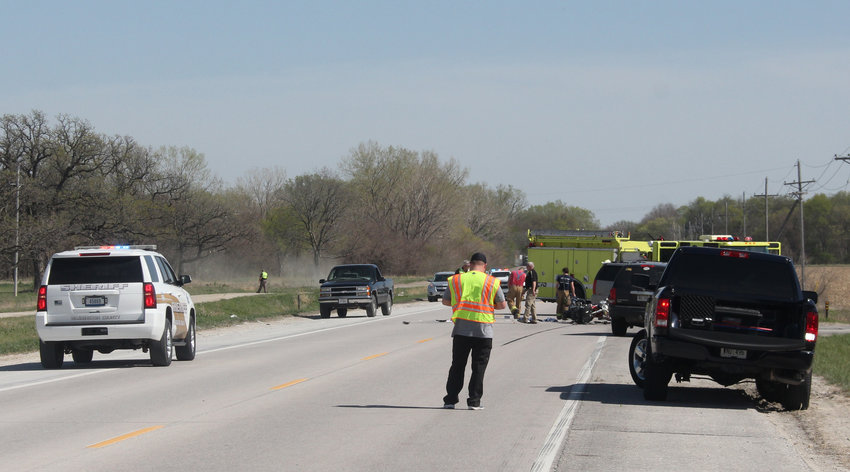 Washington County sheriff's deputies and Fort Calhoun Rescue responded to a two vehicle accident just before 3:30 p.m. Monday on U.S. Highway 75 near County Road 30. A GMC Yukon and a motorcycle collided. The driver of the motorcycle was transported to Nebraska Medicine.
Leeanna Ellis
Previous Next
Posted Monday, April 26, 2021 5:21 pm
By Leeanna Ellis - editor@enterprisepub.com

The driver of a motorcycle was transported to an Omaha hospital following a two-vehicle accident Monday along U.S. Highway 75 just north of Fort Calhoun.

Capt. Aaron Brensel said a 2008 Harley Davidson motorcycle, driven by was southbound on Highway 75 when a northbound GMC Yukon attempted to turn left on County Road 30. The driver of the motorcycle, identified as Talon Mak, 31, of Ceresco, locked up his brakes and was unable to avoid a collision with the SUV, which was driven by Dylan Mitchell, 16, of Fort Calhoun.

Firefighters and EMTs with Fort Calhoun Rescue worked carefully for several minutes before moving Mak, who was transported to Nebraska Medicine with unknown injuries.

Mitchell received injuries from the airbag. He was treated at the scene, Vacha said.

The sheriff's office used its drone to better assess the accident scene.

Mitchell was cited for failure to yield the right of way.

No injuries in rollover crash near Arlington

Update: Suspicious envelope brought to WCSO determined 'not a threat'