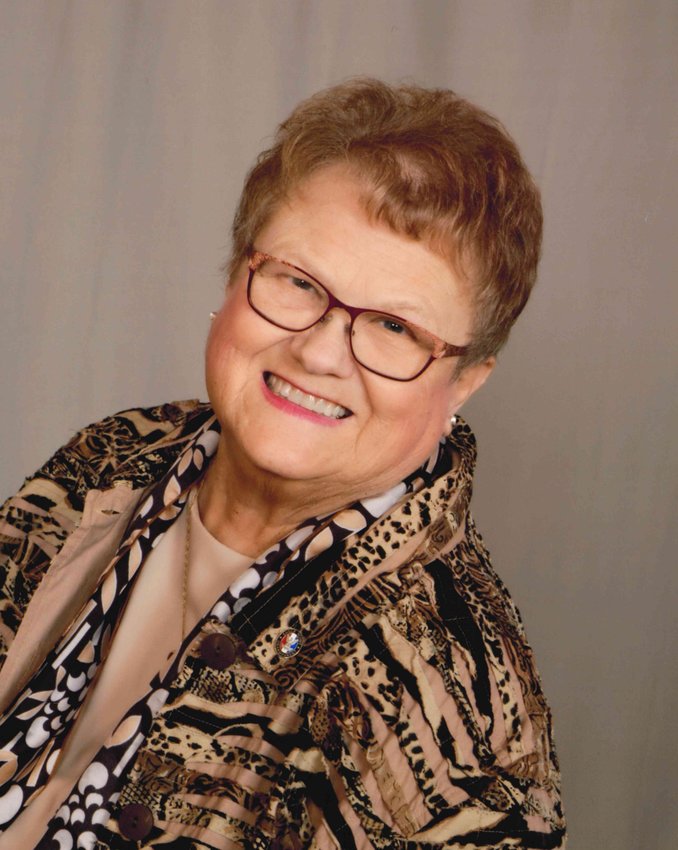 Lorraine Leah Hansen, age 74 of Blair, passed away November 12, 2021. Services will be held Tuesday, November 16, 2021, at First Lutheran Church in Blair at 10:00 AM. Burial will follow in the Blair Cemetery. Visitation will be held Monday, November 15 at Campbell Aman Funeral Home with family receiving friends from 6-8 PM. Memorials are suggested to First Lutheran Church Children's Ministry, the Faith Chest Project or the Blair Volunteer Fire and Rescue.

Lorraine Leah Lorsch was born in Blair, NE on December 27, 1946, to Emil Louis and Laura Mary (Nohrenberg) Lorsch.  She was baptized and confirmed at First United Methodist Church in Blair.  She graduated from Blair High School in 1965.  After graduation, she went on to Capital Beauty School and received a degree in Cosmetology.  She worked at Harriette Andersen Beauty Shop after graduation.

On January 5, 1968, Lorraine married her High School sweetheart Richard Lee “Dick” Hansen at First Lutheran Church.  A few months after the wedding she joined Dick in Germany for a yearlong honeymoon.  Lorraine joined First Lutheran Church prior to getting married. In her 54 years of being a member she was active in: ABC and Circle Groups, taught high schoolers and 3-year old’s in Sunday School and LIFE Night for 35 years, was cradle role chairman, wedding hostess, a member of Christian Education and Children’s Ministries, participated in Love Days, enjoyed making prayer shawls, packed faith chests for baptisms and was bread fair and craft show chairman.

Lorraine grew up a Washington County 4-H member then became a 4-H leader and later, 4-H Council President.  She was a leader in getting the Rybin Building built on the Washington County Fair Grounds and starting the 4-H Pizza Stand to raise money for scholarships for 4-H youth.  Her dear friend Verna Stork got her involved in volunteering with the American Cancer Society. In this adventure she was Washington County Daffodil Chair and she oversaw the Survivor Tent at Relay for Life.  She was awarded a Lifetime Achievement Award from the American Cancer Society 2011.

Lorraine and Dick have two daughters: Amie Jo born in 1970 and Cynthia Marie born in 1975.  Lorraine worked evenings at Dana College running the switch board for 28 years.  Not only did she answer the phones she also helped raise money for scholarships by the coordination of baking cakes for the students on their birthdays.  She also served as dance team sponsor.  She taught thousands of people how to make Danish Hearts at Sights and Sounds of Christmas.

As the girls were growing up, Lorraine served on the Blair Youth Softball Association Board organizing the concession stands at the softball fields and was instrumental in getting the concession stand built at the current softball fields in Blair.  She was an active volunteer at the schools and room parent when the girls were young.  Lorraine served as President of the Blair Band Boosters.  Lorraine was honored by being Inducted into Blair High School Alumni Hall of Fame.

In 1986, Lorraine started working at Good Shepherd Lutheran Community as a Cosmetologist and worked until her retirement.  She also worked at Carter Place, Campbell Amen Funeral Home, and she helped many people in their homes.

Lorraine is survived by her husband Dick of Blair; children: Amie and Clint Clausen and Cindy and Troy Clausen all of Blair; her grandchildren: Jolee and Ed Burbach of Randolph, NE,  Jordan (Kiara Lawyer) Clausen, Chase Clausen, and Triston Clausen all of Blair; great granddaughter Anna Jo Burbach; brother Roger Lorsch of Blair and brother-in-law and sister-in-law Robert and Marilyn Hansen of Yankton, SD; nieces: Kristin, Susan, and Kathryn who all live in MN; and many cousins and special friends.

She was proceeded in death by her parents and in-laws James and Leona Hansen.

Memorials are suggested to First Lutheran Church Children's Ministry, the Faith Chest Project or the Blair Volunteer Fire and Rescue.