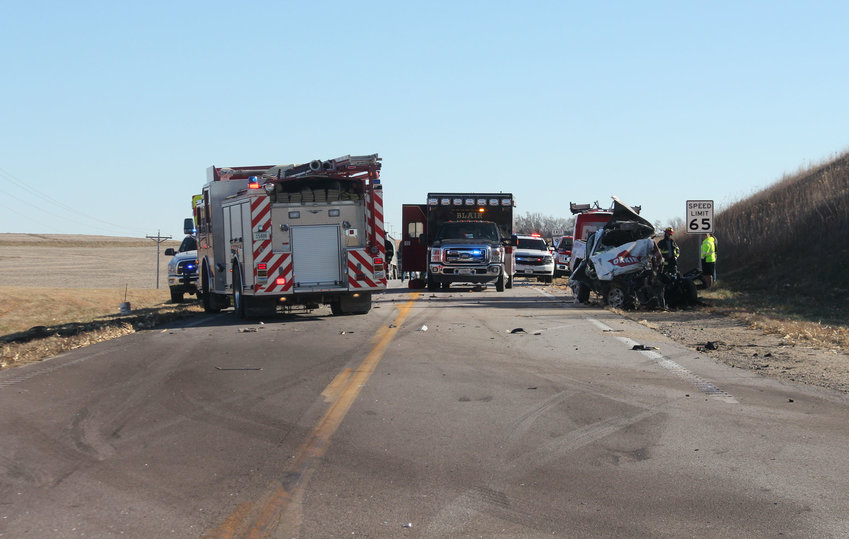 One person was killed in a two-vehicle crash Tuesday morning at the intersection of state Highway 91 and County Road 15 northeast of Arlington. A white Toyota Tacoma pickup truck collided with the rear axle of a semi-tractor side dump trailer.
Leeanna Ellis 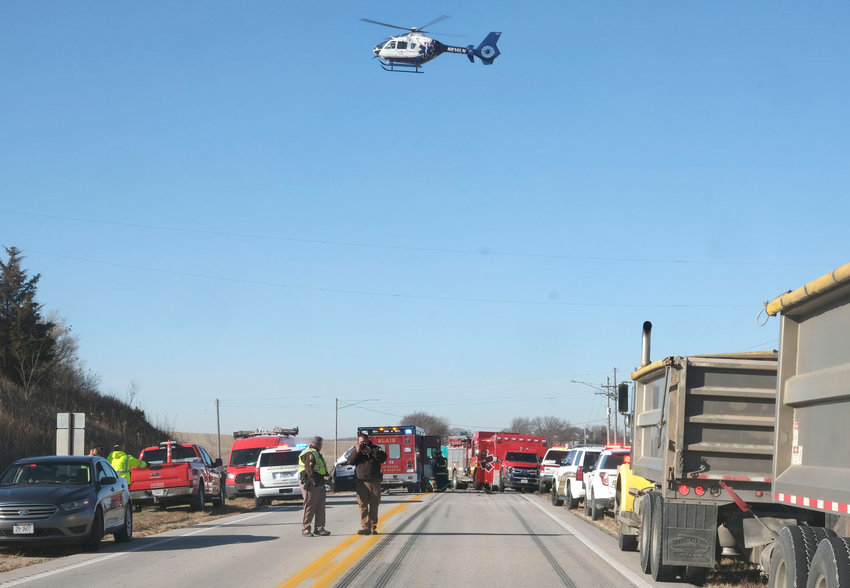 Arlington and Blair rescue personnel and Washington County sheriff's deputies responded to a two-vehicle accident involving a pickup truck and a semi-tractor trailer just after 10 a.m. Tuesday at U.S. Highway 30 and County Road 15. One person was tranported by Blair Rescue to Memorial Community Hospital and Health System.
Joe Burns 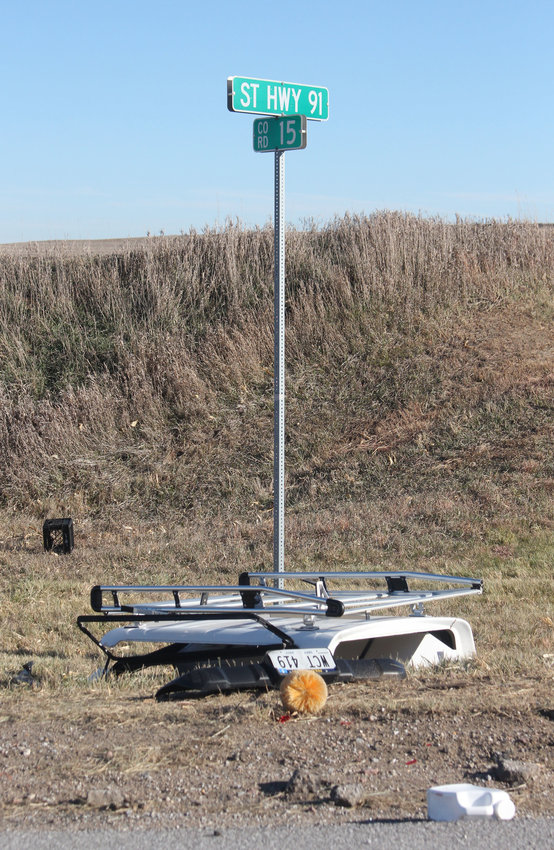 Debris from a two-vehicle accident was strewn across state Highway 91 at County Road 15 on Tuesday morning.
Leeanna Ellis 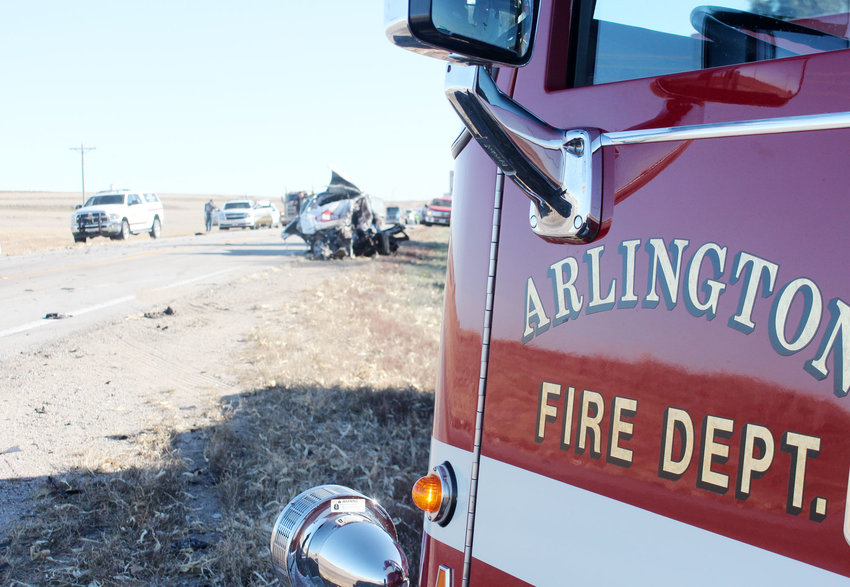 A Lincoln woman was killed in a two-vehicle accident Tuesday morning at the intersection of state Highway 91 and County Road 15 northeast of Arlington.

Shannon M. Musick, 28, was transported to Memorial Community Hospital and Health System, where she died from her injuries, according to the Washington County Sheriff's Office.

Arlington and Blair rescue personnel, Washington County sheriff's deputies and the Nebraska State Patrol responded to the crash just after 10 a.m. A medical helicopter was also called to the scene.

Detective Sgt. Brian Beckman said the investigation showed a 2019 white Toyota Tacoma, driven by Musick, was headed north on CR 15 when it failed to stop at the stop sign at the highway. The truck collided with the rear axle of a 2019 Mack truck pulling a side dump trailer that was headed east on Highway 91.

The driver of the Mack truck was identified as Rockford B. Shanks, 71, of Blair. He was not injured.

The family of the victim has been notified.

The accident shut down Highway 91 for more than an hour.

A dream 10 years in the making

'You don't expect the help from others'

A dream 10 years in the making 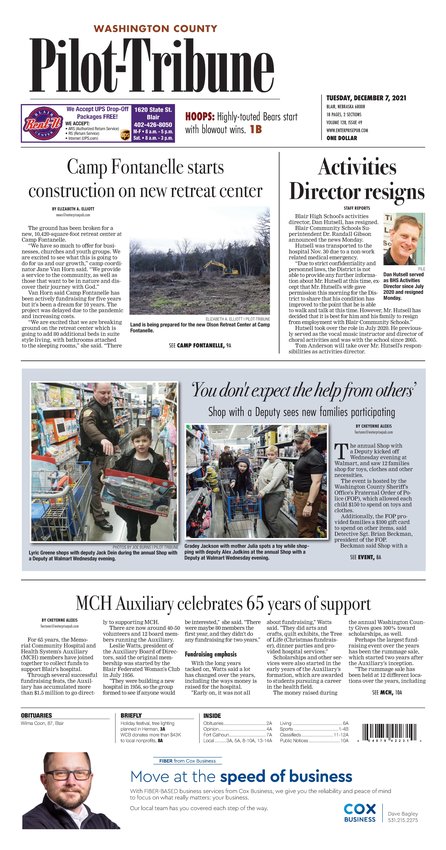