Blair went 2-2 at Class B tourney 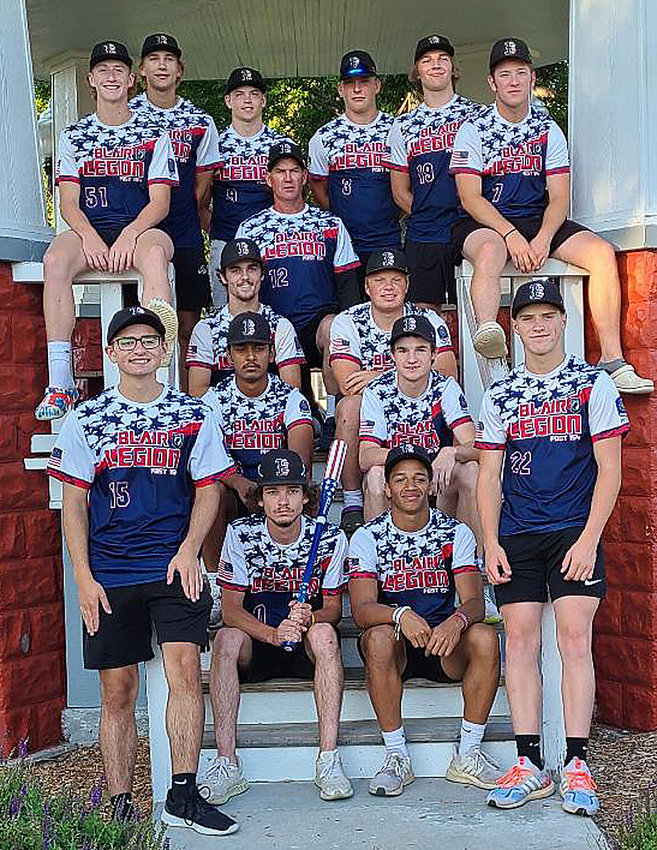 The Blair Senior Legion baseball team lost a 7-6 Class B state elimination game to Waverly on Tuesday afternoon in Broken Bow.
The Post 154 Bears trailed 7-3 entering the final inning, but scored three runs before falling just short. The loss dropped their record to 21-18 overall.
Overall, coach James Bilslend's team went 7-2 in postseason play. It won five straight games to win the Area 3 Tournament at Vets Field before going 2-2 at the state tournament.
The Bears fell to Hickman during the first round in Broken Bow, but bounced back with wins Sunday and Monday against Minden and Ogallala, respectively. Waverly's win Tuesday, however, ended their season just a win shy of reaching the final day of the state tourney.

For the full story about this game and more, check out Friday's edition of the Washington County Enterprise or check back here at enterprisepub.com/sports that same day.