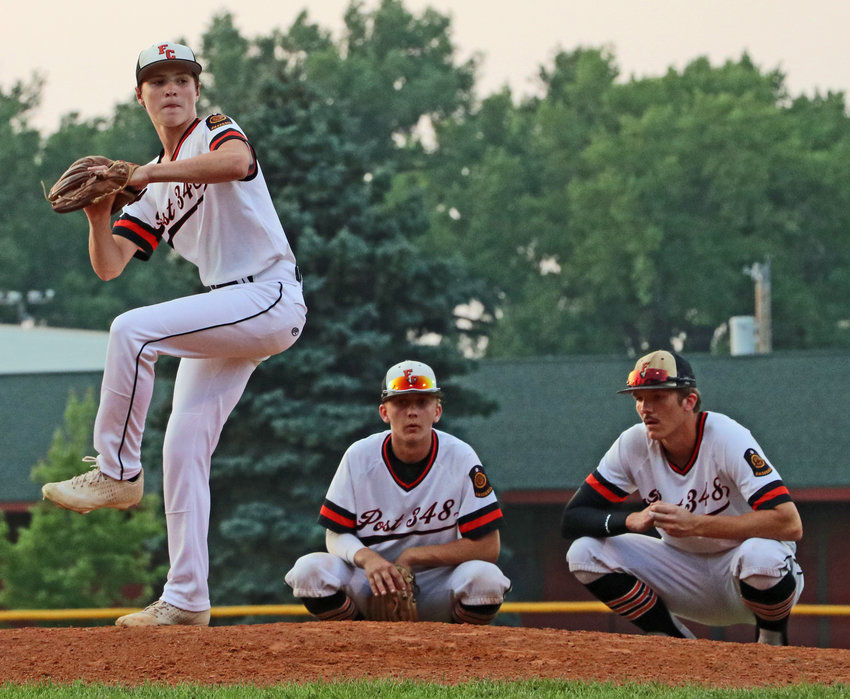 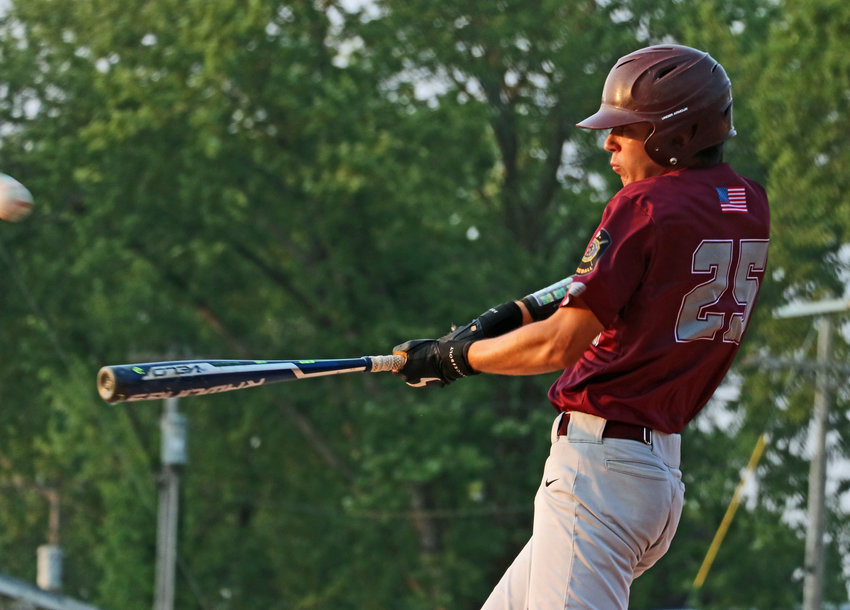 The Fort Calhoun Senior Legion baseball team defeated Arlington on Monday in West Point, securing its spot alongside the Eagles and Waterloo-Valley for the final day of the Class B Area 3 Tournament.
The Post 348 Pioneers, who won 8-7, play Waterloo-Valley at 5 p.m. Tuesday in West Point with the winner facing Arlington in the winner-take-all championship game that follows. The final victor of the night will then move onto the Class B State Tournament in Crete, which begins Saturday.
Calhoun avoided elimination Monday against Arlington, while the Eagles' lost a bit of their championship advantage with their first loss of the tournament. Had Post 71 won, it would have had two opportunities to beat Waterloo-Valley once Tuesday. Now, coach Ed Menking's team will have one chance to win one title game.
The Pioneers beat the Eagles with a four-run top of the fourth inning. Tylan Conner, Justin Myer, Harrison Schmitt and Zach Faucher each plated runs as their team turned a 6-4 deficit into an 8-6 lead.
Arlington's Logan Kaup scored on a Post 348 error during the bottom half to cut his team's deficit to one, but Calhoun pitcher Tanner Jacobson shut the Eagles down from there.

For the full story on the Area 3 Tournament, check out this week's Washington County Pilot-Tribune, Arlington Citizen and Washington County Enterprise newspapers. Daily updates will be posted to enterprisepub.com/sports and arlingtoncitizen.com/sports through the end of the tournament.