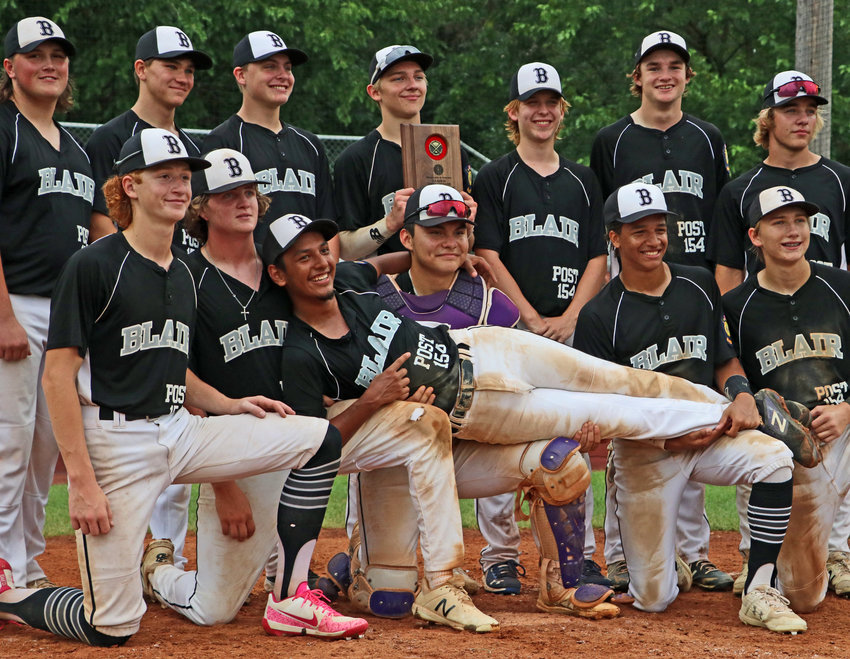 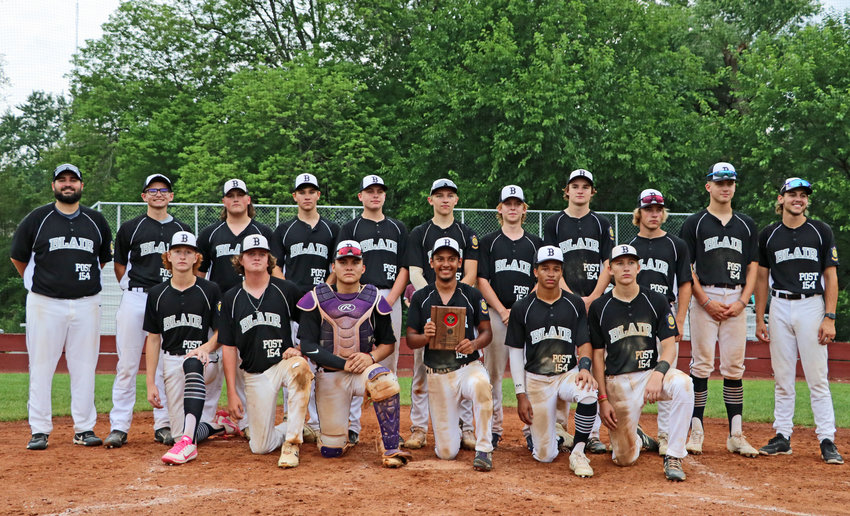 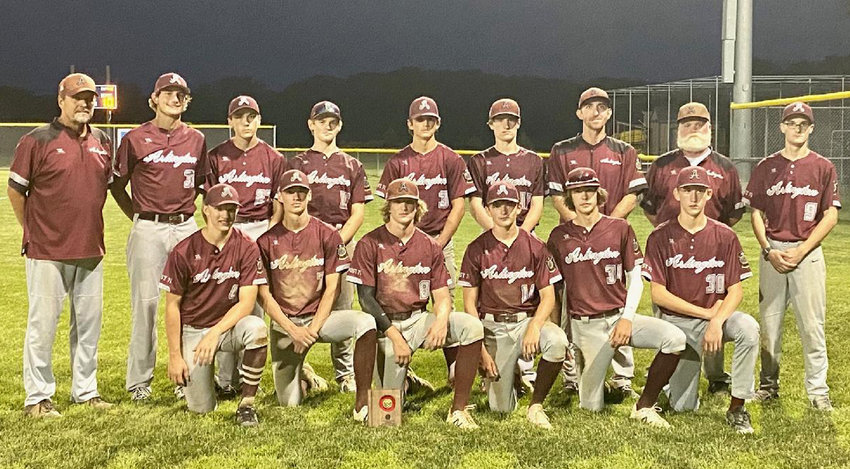 The Blair and Arlington Junior Legion baseball teams notched key postseason victories Wednesday night, earning Class B state tournament berths.
The Post 154 Bears completed a clean sweep through the Area 3 district tournament, defeating Waterloo-Valley 4-2 during the championship round at Omaha Roncalli.
The Post 71 Eagles, meanwhile, went 1-1 Wednesday in Ashland, claiming their state qualification with a 6-4, extra-innings win over Lincoln Lutheran. Arlington lost the nightcap to Waverly, 10-2, but will move onto the state tourney with Waverly already automatically qualified as the event's host.
The Class B Junior state tourney begins Saturday.  Arlington starts play at noon against Waverly before Blair's first round game against Chadron at 3 p.m.
The Bears enter the state tournament with a 22-5 season record.
“I'm just super happy for these guys,” coach AJ Bilslend said. “They've worked super hard all season.”
He finished his playing days just last summer.
“This was my main goal,” the coach added. “Just to get these guys to do something that I never really got the chance to do.”
Lee Chavez-Lara earned Post 154's pitching win Wednesday, throwing all seven innings. Waterloo-Valley didn't record its first hit against him until the fifth inning.
Blair led 3-0 at that point, scoring runs during the first, third and fourth frames. First, Greyson Kay knocked in Ethan Baessler, who'd hit a triple to start the game for the Bears.
Then, during the third inning, Kay plated Baessler again with a single before Baessler's RBI double to the left field fence in the fourth.
Post 154's Hunter Travis notched an RBI triple during the fifth inning, pushing the Bears' advantage to 4-0. Waterloo-Valley finally broke through with two runs during the bottom of the sixth inning on back-to-back singles, but couldn't score again the seventh with its season on the line.
Blair right fielder Hayden Berg squeezed the final out and the Bears celebrated.
Arlington, meanwhile, won its state berth during the eighth inning against Lincoln Lutheran. Blaine Vogt and Dalton Newcomer earned bases on balls before Braden Monke doubled both Eagles home for a two-run advantage.
Trevor Denker earned the pitching win, throwing 7 1/3 innings. Darren Olson was 2-for-4 at the plate, while Nick Smith was 2-for-2 with a triple.
“It was a good atmosphere all-around,” Post 71 coach Tyler Stender said.

For the full story on these games, and Saturday's start to the state tournament, check out Tuesday's edition of the Washington County Pilot-Tribune. The coverage will go online at enterprisepub.com/sports that same day.