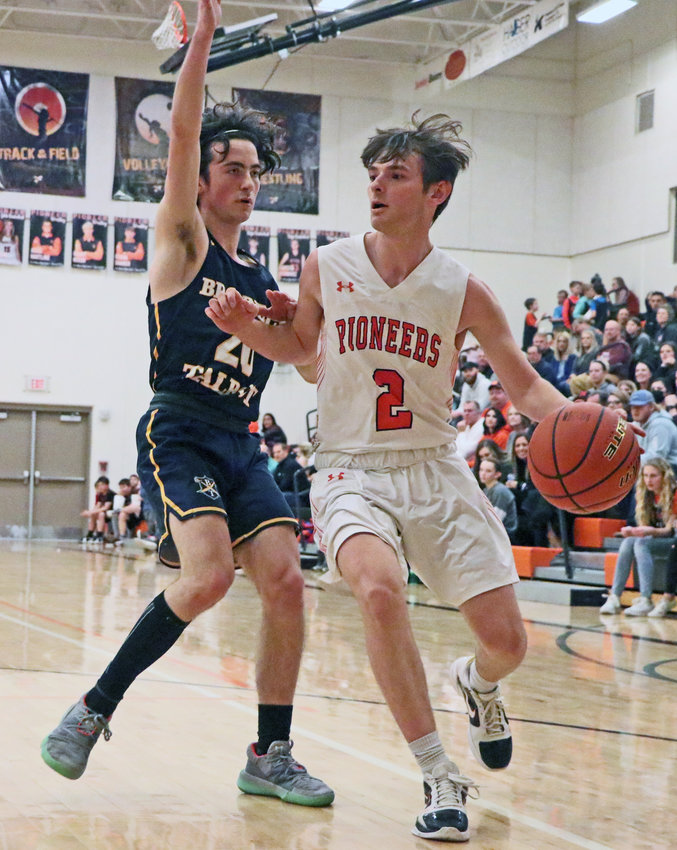 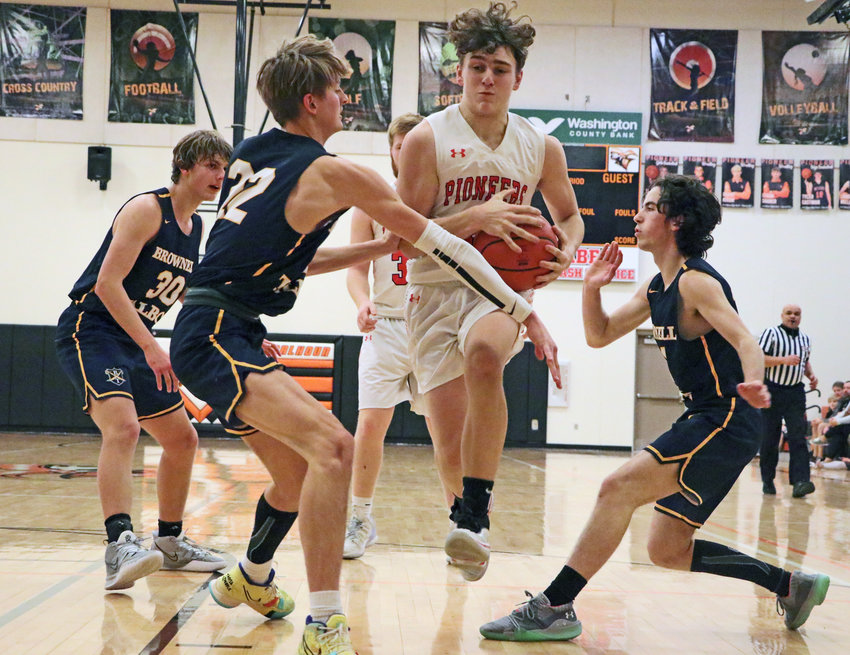 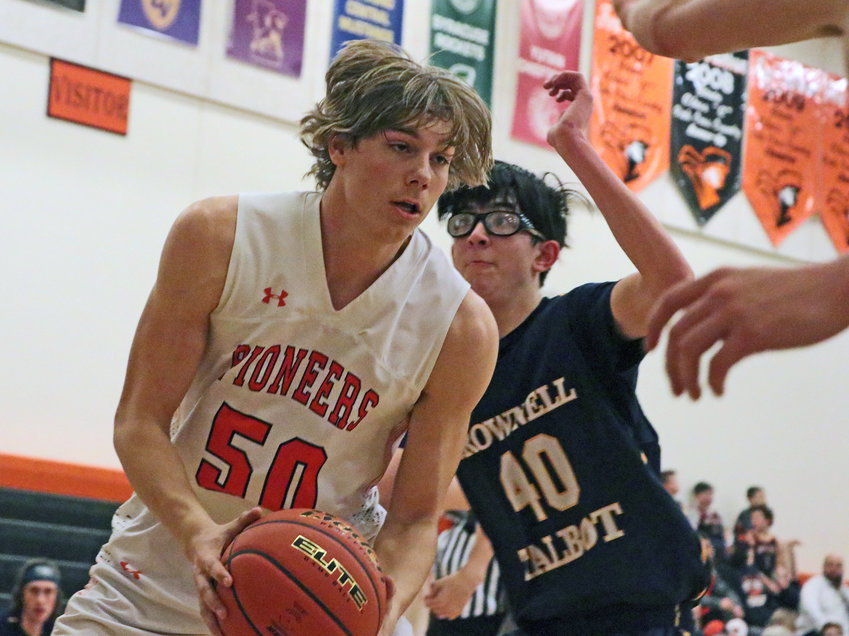 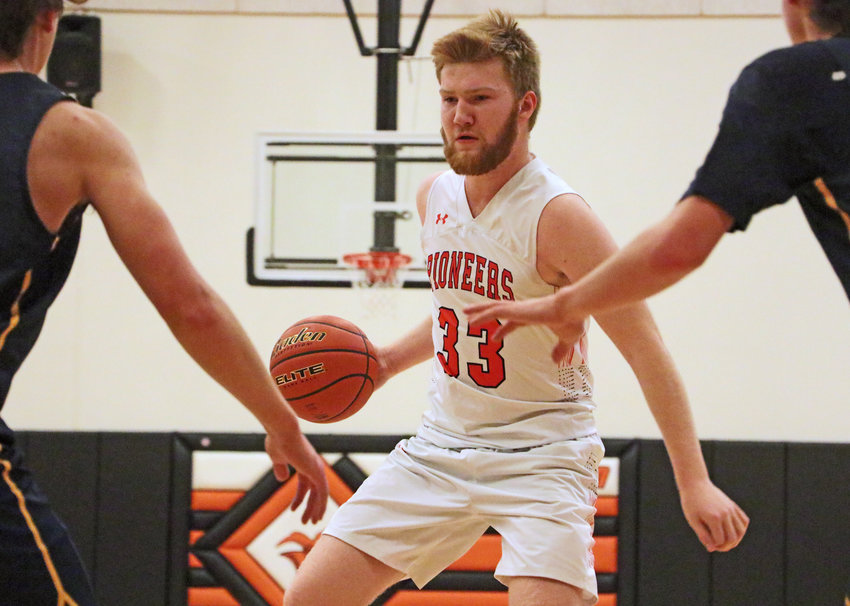 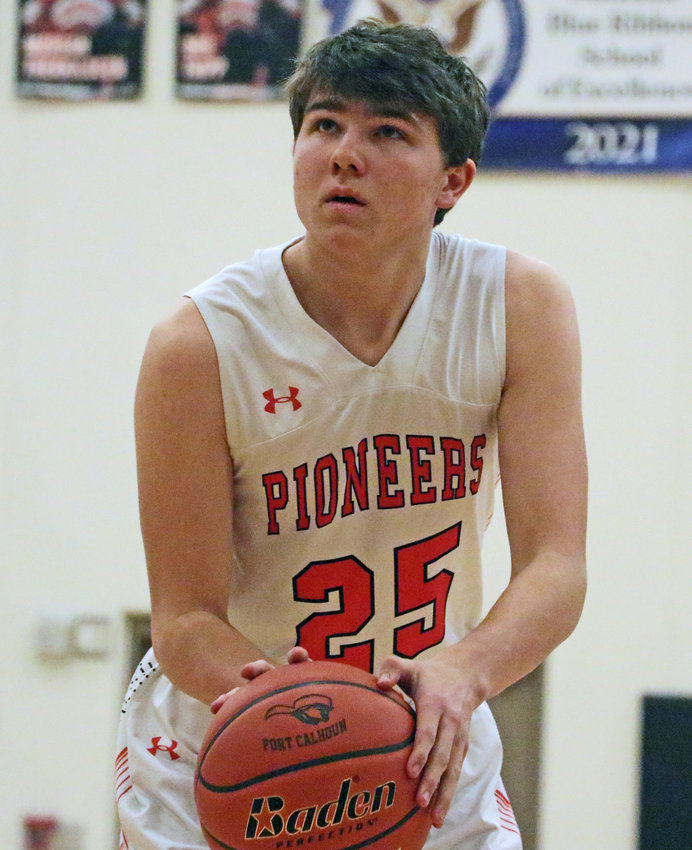 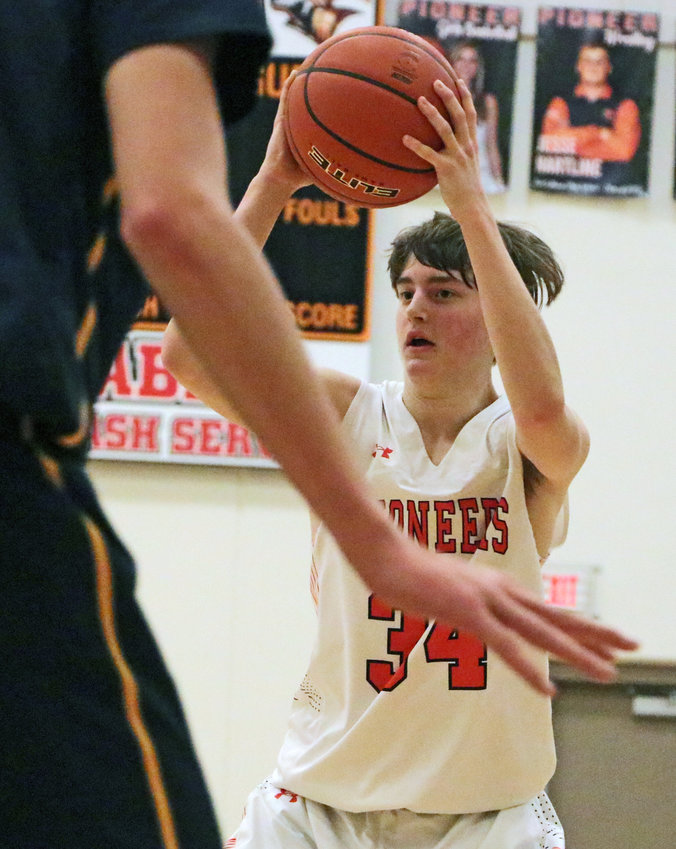 A home date against 2-8 Omaha Brownell-Talbot allowed Class C1 No. 9 Fort Calhoun the opportunity to unload the bench.
The Pioneers (11-3 overall) did early and often, and still won by 22 — 57-35.
Though boys basketball coach TJ O'Connor took more than one frustrated timeout during the game, senior Carsen Schwarz saw the 32 minutes against the Raiders as a valuable experience for his less-experienced teammates.
“It just gives them a feel for the environment and can, maybe, help them get ready for next year,” he said. “Get them a feel for what it's going to be like when the seniors don't return.”
But the seniors and starters still suited up and got FCHS started against Brownell-Talbot. The Pioneers jumped ahead 12-0 with full-court pressure resulting in multiple layups and easy baskets.
“I do enjoy that,” Schwarz said.
The 6-foot-5 senior scored three times during the early run, while Grayson Bouwman notched two buckets and substitute Wyatt Appel — who stands at 6-foot-5, too — added another.
Fort Calhoun led 18-4 after one quarter and 35-9 after two, easily capturing its 11th win of the season 16 more minutes of game time later.
Bouwman, a sophomore, led the offensive attack with 24 points, while Schwarz added 12. Appel led all bench players with seven points, while starter Austin Welchert also scored seven.
Simon Lim scored 13 points for the visiting Raiders, but coach Steffon Bradford's squad fell to 2-9 in defeat. The former Nebraska Cornhusker player's Class D1 team has defeated just Whiting, Iowa, and Cedar Bluffs this season.
The Pioneers, meanwhile, next host a Nebraska Capitol Conference first round game on Tuesday. The 6 p.m. contest pits FCHS against a to-be-determined opponent.