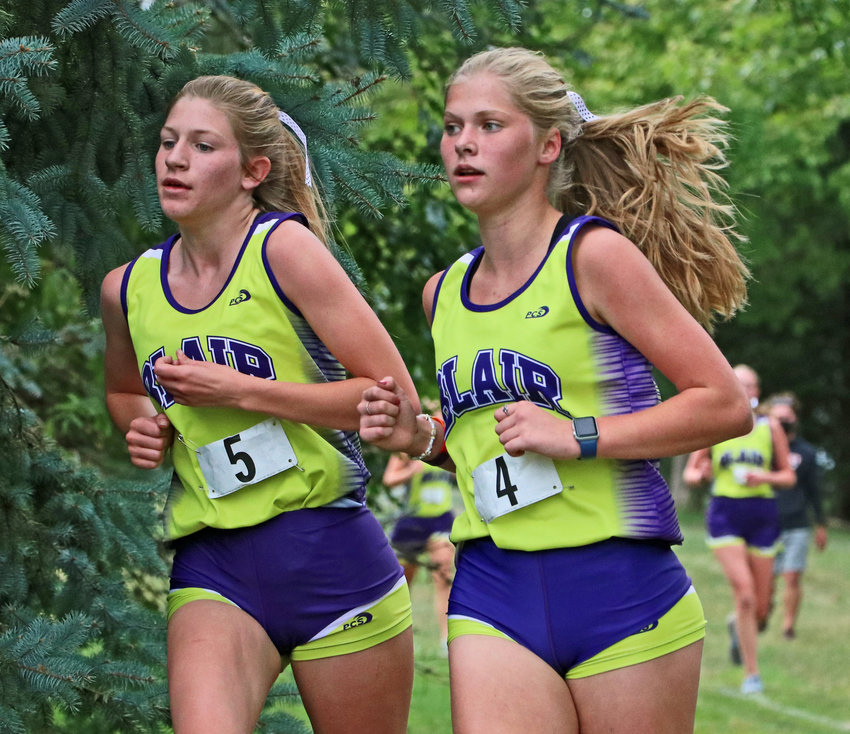 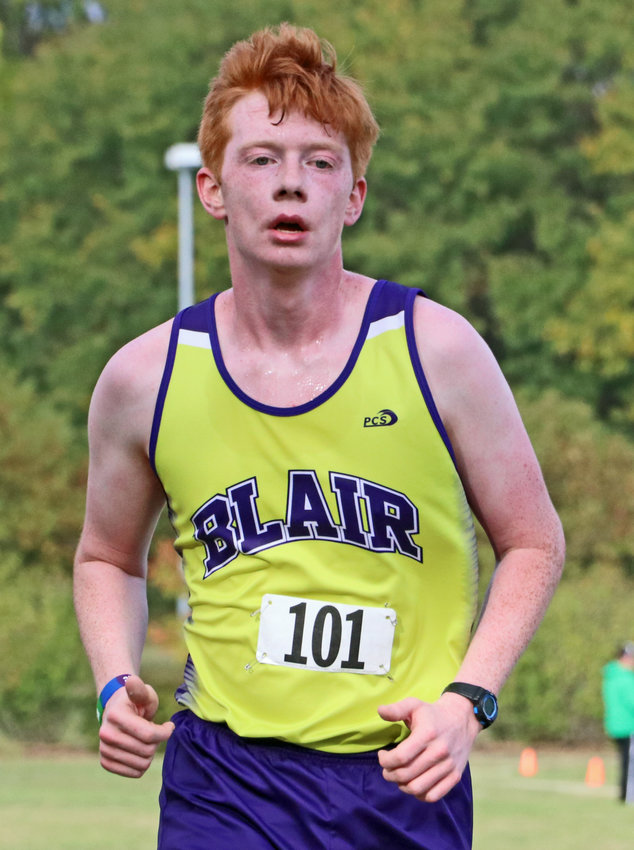 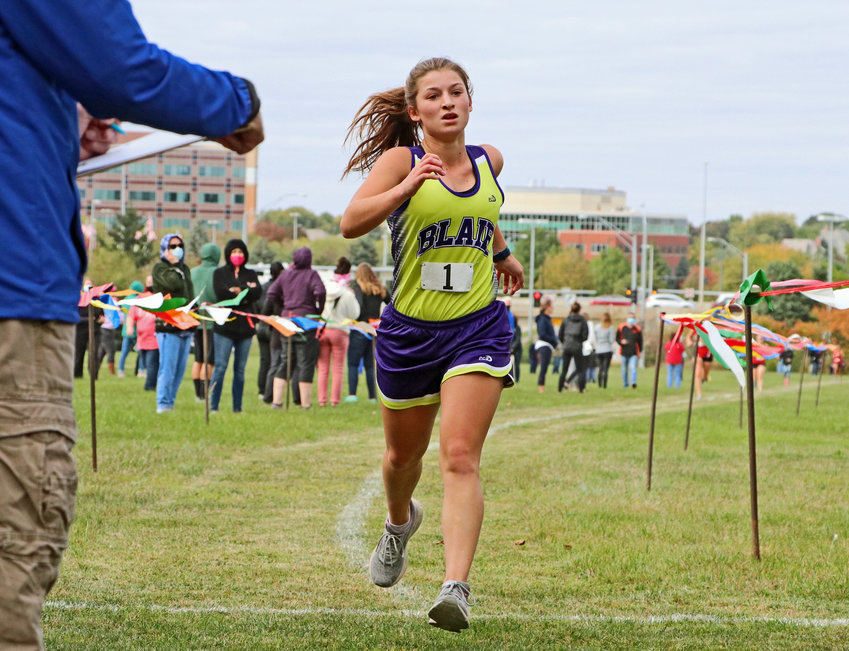 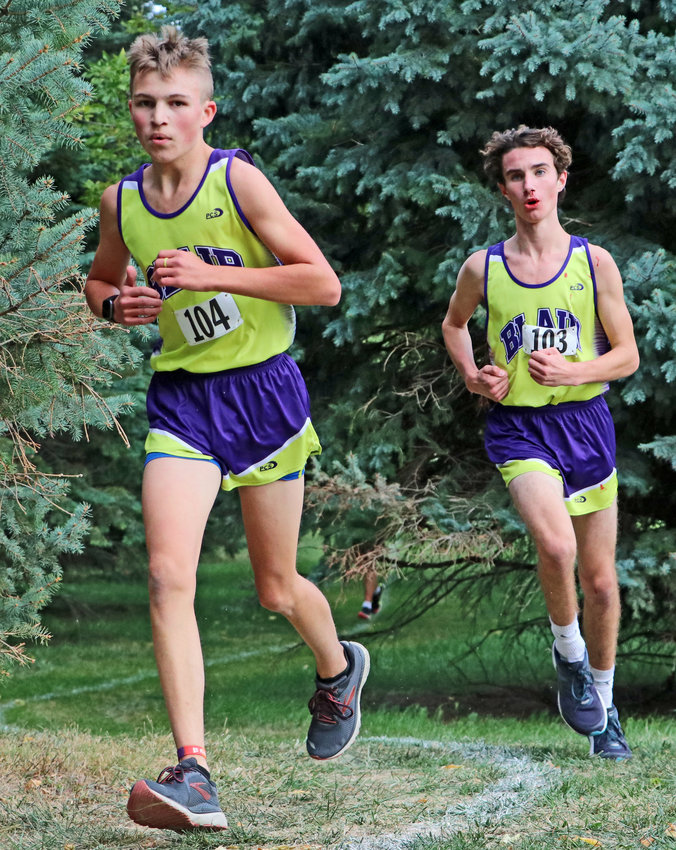 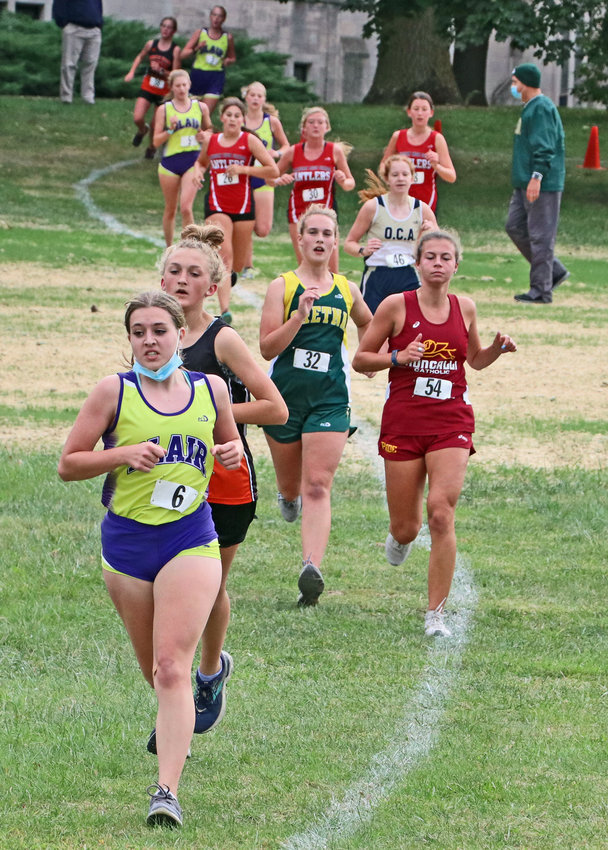 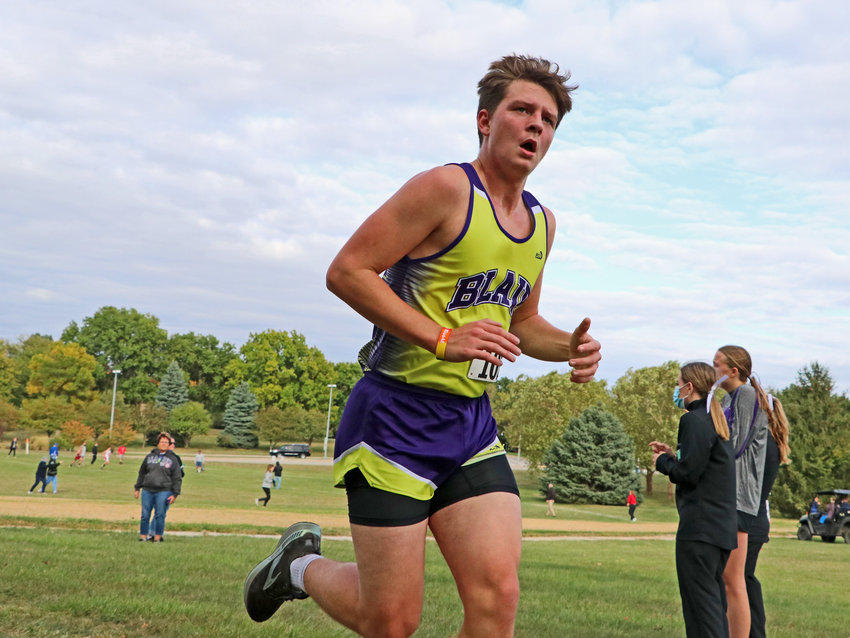 Thursday's Boys Town Cross-Country Invitational came at the end of a busy four-day stretch for the Blair Bears.
“It was a three-meet week, which we haven't had,” BHS assistant coach Carson Norine said. “I can't remember having one of those.”
The Bears competed in Kearney on Sept. 28, at Elkhorn Mount Michael on Wednesday and in the Cowboys' 5-kilometer race a day later. Junior varsity participation has been limited or eliminated altogether from meets during the fall, so JV runners were given the opportunity to close out the week in the latter two events.
Blair seniors Katie Matney and Leo Clarke led the Bears into competition at Boys Town.
“I thought we did well,” Norine said of Thursday's races. “We had some initial nerves … but they held up well. Ran together well, actually.”
Sophomore Carter Mandarich led BHS in the boys' race, earning 29th in 19:56.3. His Bears finished sixth out of eight teams — some varsity and some JV.
Tanner Horacek earned 31st despite having to run with a nose bleed, while Kade Ryden was 32nd and Jacob Czapla was 35th. Toby Ray and Clarke were 40th and 41st, respectively.
On the girls' side, sophomore Abby Hartvigsen was 26th in 24:01.7 and Matney was 27th in 24:01.8. Bailey Dingfield (29th), Caitlyn Haggstrom (30th), Bella Matzen (32nd) and Trinity Back (36th) followed suit as they also finished sixth out of eight squads in the team standings.
Blair's varsity and JV squads next compete Thursday at the Eastern Midlands Conference meet hosted by Norris High School.

FCHS takes 2nd, 3rd at Aquinas
The Fort Calhoun cross-country team earned a second- and a third-place team finish Thursday at a David City Aquinas meet.
The Pioneer girls took runner-up honors behind first-place Milford with each of their runners setting a new personal record time on the 5K course. Bria Bench won the race by 17 seconds, clocking in at 20:04.7 while teammate Dala Drowne was third in 21:15.6.
Tessa Skelton was ninth in 21:50.8 and Rowan Roehr was 25th in 24:39.63.
Fort Calhoun's Jacob Rupp, meanwhile, earned a silver medal in the boys' race, clocking in at 17:12.3. Lance Olberding followed in sixth with a time of 17:48.9.
John McKennan (15th), Johnathon Schwarte (24th), Xander Slatten (39th) and Riley McKennan (56th) competed as well as the Pioneers took third behind first-place Aquinas and second-place Milford.
FCHS and Arlington next compete Thursday at the Nebraska Capitol Conference meet. It starts at 4 p.m. on the grounds of Walnut Grove Park in Omaha.