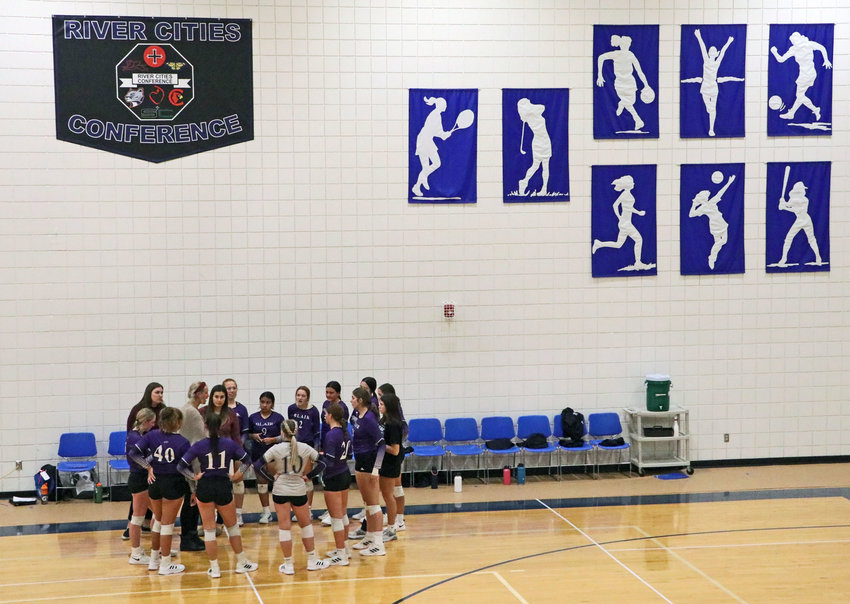 Omaha Mercy bests Bears, 3-0
The Blair High School volleyball team dropped to 6-12 Tuesday with a 3-0 loss at Omaha Mercy.
Coach Becca Mellema's Bears lost the first and second sets 25-14 and 25-22 before a 25-18 defeat in set No. 3. They, however, trailed the third set 21-10 before going on an 8-2 run to put pressure on the 9-9 home team.
First, BHS sophomore Hayden Frink-Mathis' attack went unreturned just as Ellia Klanderud's next serve did. Sophomore Nicki Wendt scored a kill off of a block to pull her team within 21-13 before Klanderud's second service ace of the eventual 5-0 run cut the deficit to six. Wendt's block made it 21-15 before Mercy finally got the score to 22-15.
Peyton Ogle's spike from the left side careened off of a Monarch block for a Blair point at 23-16 before setter Hailey Roewert picked her spot and lightly set the ball over the net and to the floor for another point. Wendt hammered the ball off of another Mercy block attempt at 23-18, but the home squad finished out the match victory from there with back-to-back points.
The Bears returned to the court Thursday at Arlington and next compete Tuesday, Sept. 27, at home against Norris. They were 2-2 in their last four matches as of Tuesday's loss.

No. 8 DC West tops FCHS
Led by 6-foot-4 junior Nora Wurtz's 16 kills, the Class C1 No. 8 Douglas County West volleyball team beat Fort Calhoun on Monday, 3-0.
The visiting Pioneers (6-10 overall) were within 25-11 during the first set, but lost the second and third 25-8 and 25-3, respectively. The Falcons improved to 17-2 with the victory.
“She can get ahold of the ball and put it down,” FCHS coach Liz Sevcik said of Wurtz, a middle blocker. “Definitely a tough opponent to face. Our blocking needs improvement.”
Even in defeat, though, the coach witnessed some Pioneer positives.
“There were a couple bright spots where we used their block to our advantage,” Sevcik said.
The match also served as a fundraiser for the American Foundation for Suicide Prevention. Both teams wore T-shirts to raise awareness of the their cause.