Getting in some running 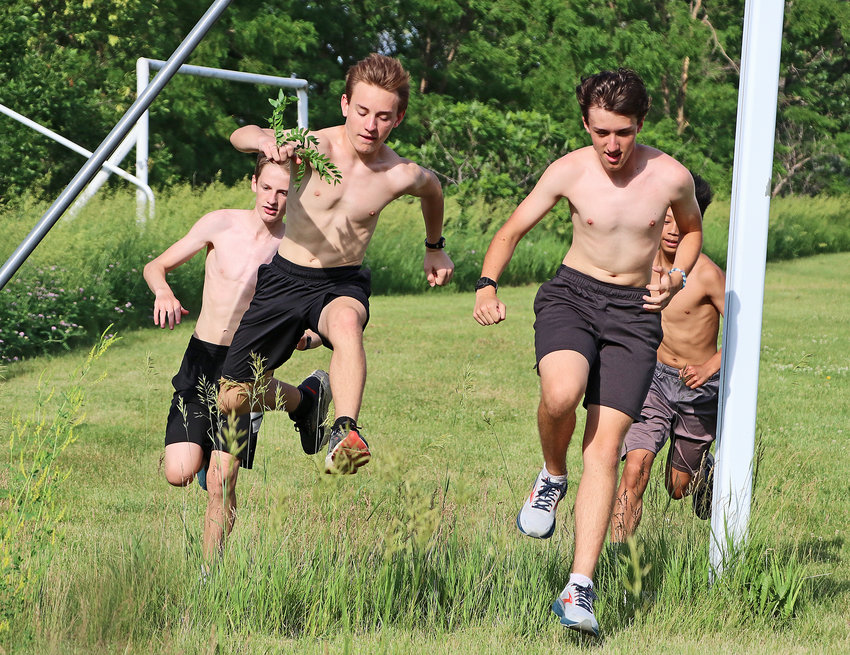 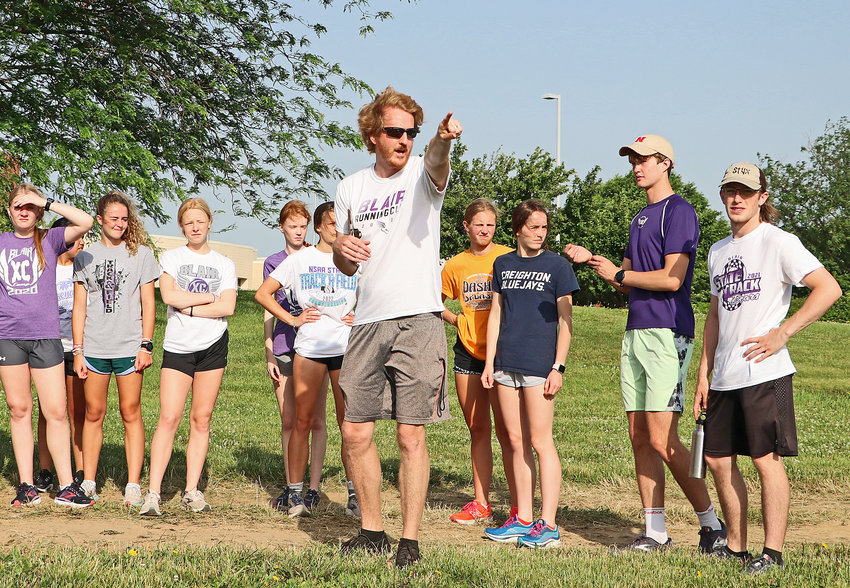 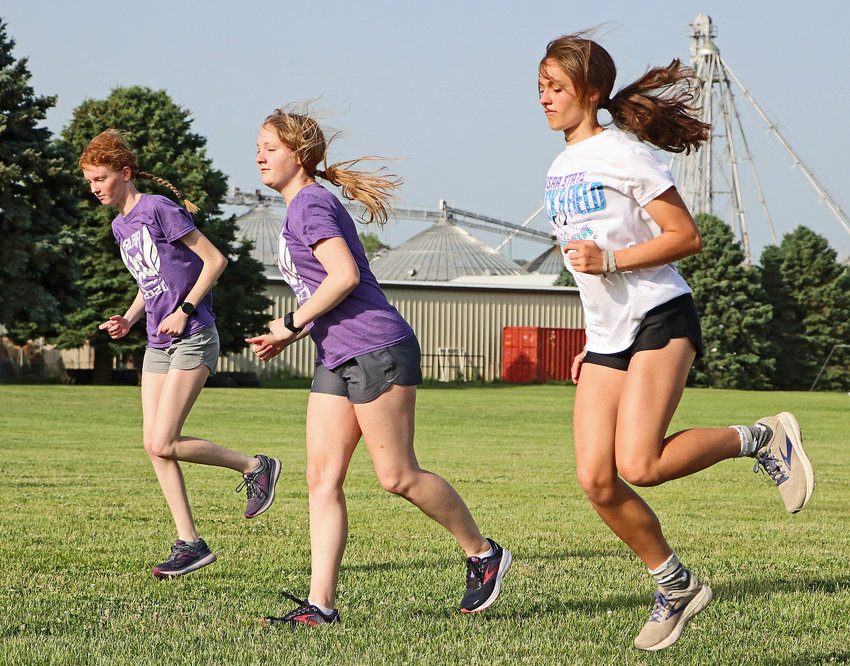 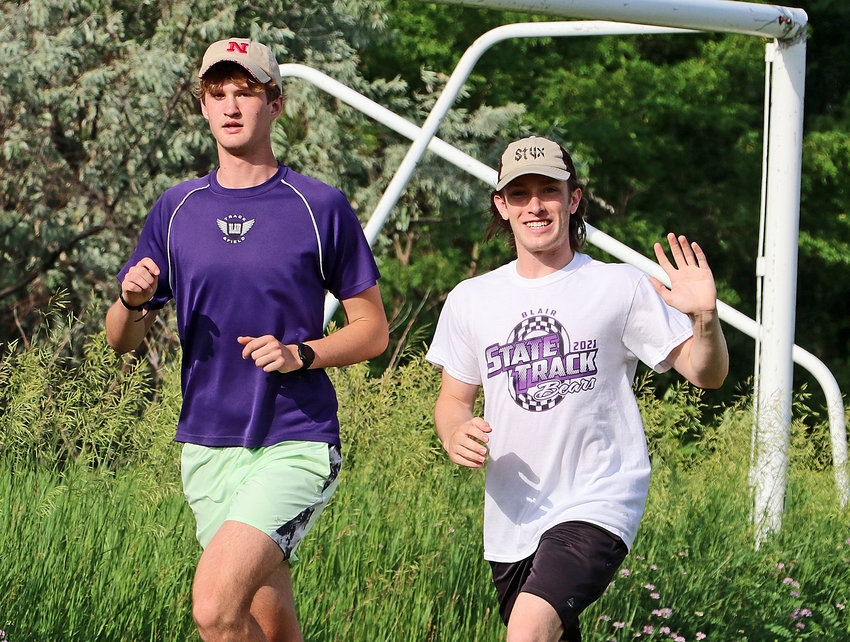 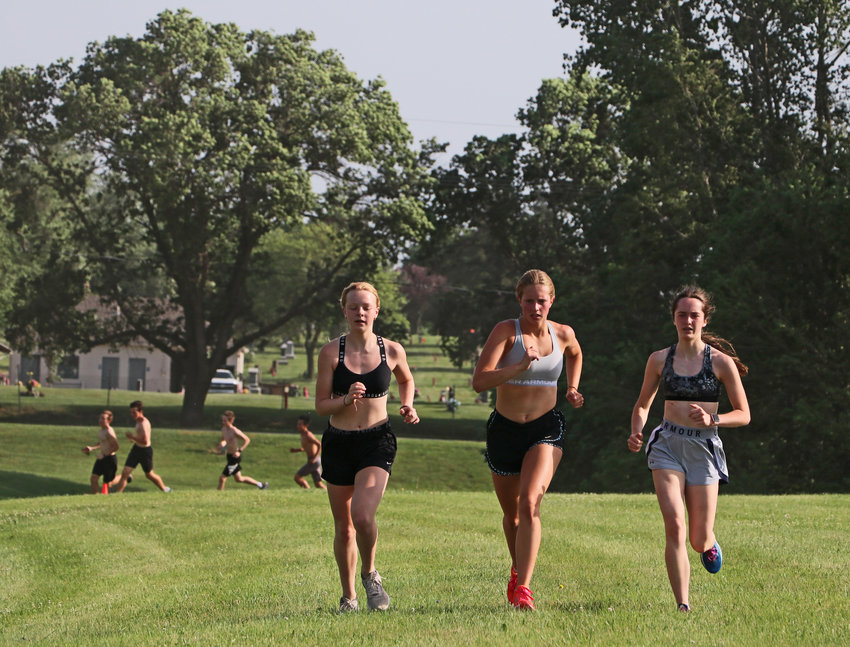 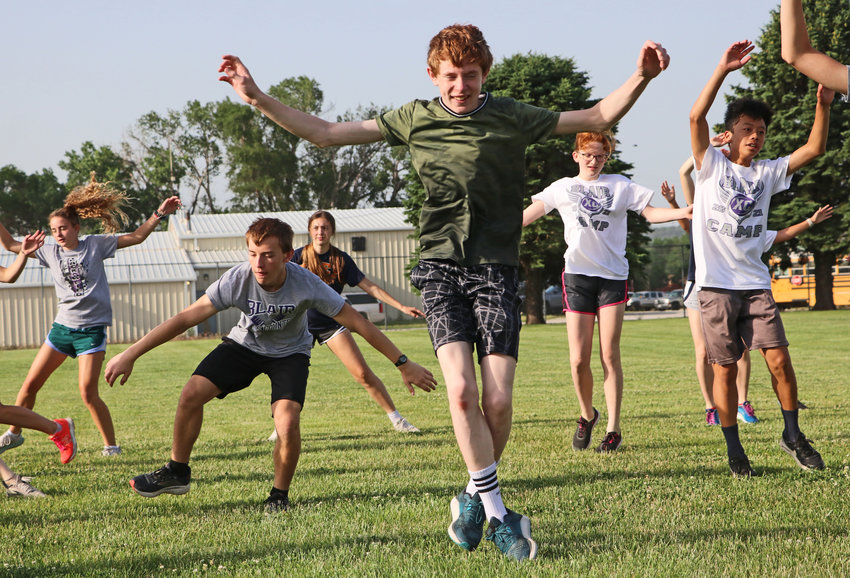 With the Krantz Field track closed as turf installation construction continues, new Blair cross-country head coach Carson Norine started to worry about his team clinic.
If it were to rain and the school grounds turned to mud, where could his Bears in grades 6-12 run?
“But, oh, no, it's nice and dry,” Norine said Tuesday morning, laughing. “For sure.”
Temperatures approached triple digits Monday and Tuesday, though camp concluded each day — including the last day, Wednesday — at 10:30 a.m. before the worst heat.
So, as a result, the BHS runners were able to put in work on grass and dirt — the surfaces they'll find under their feet next fall. The athletes ran 800-meter laps east of Otte Blair Middle School on Tuesday, for example.
“These couple of days are for new runners to get experience being apart of a team,” Norine said, describing his camp goals. “A lot of our junior high kids have not done this before to work on good form.”
The longtime Blair assistant added that his experienced runners also have the chance to meet those new runners during the clinic, spring-boarding the entire team into August when official practices begin.
In addition to the actual running of cross-country camp, though, the Bears were presented the opportunity to listen to guest speakers each day, too. Norine said much of what they heard could be of inspiration.
“As kids go running over the summer, it gets long and hot,” he said. “It gives them a chance to see people who have found success, and it's just another person to provide motivation and advice for their running.”
First up on Monday was Kaci Lickteig, a trail and ultramarathon runner who won the 2016 Western States 100 Mile and has qualified for the Olympic Trials. Norine said she relayed an important message to BHS' team.
“The only way to get success in cross-country is to put in the work,” Norine said, recalling Lickteig's point. “There's no way to beat around it.”
On Tuesday, Blair grad and South Dakota School of Mines runner Lillian Knudtson shared her own experiences with the Bears before Brooke Green — a personal trainer and ultra runner — talked to the team Wednesday.
All in all, Norine and his runners set out what they'd hoped for — some miles and motivation going into next season.