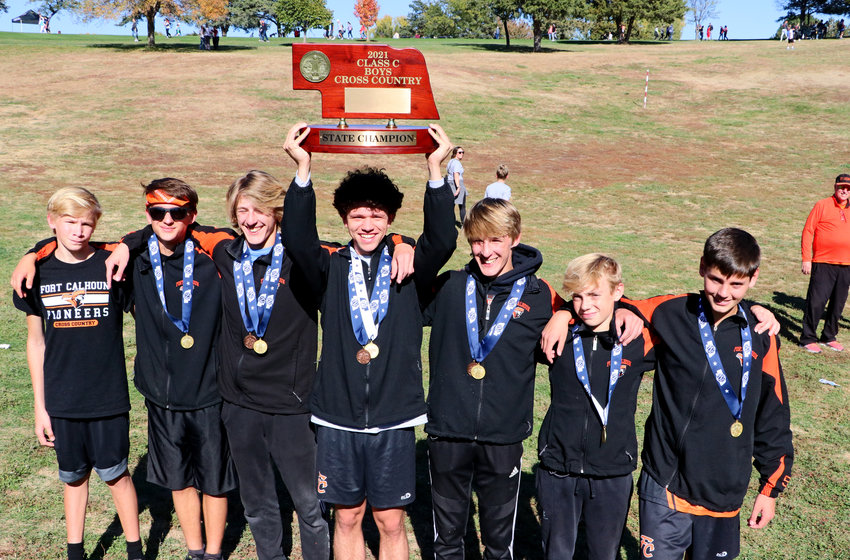 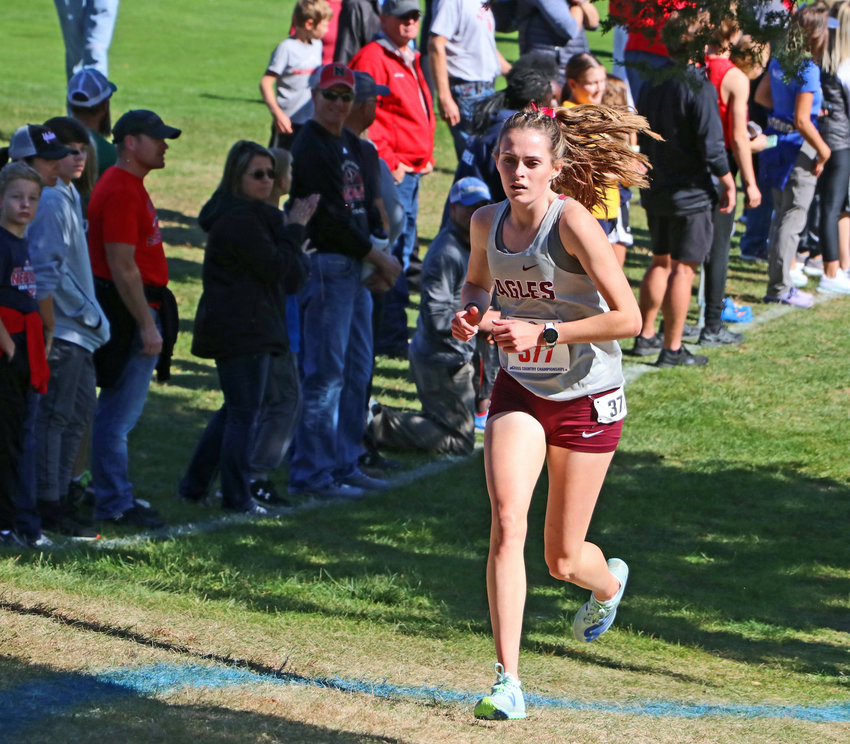 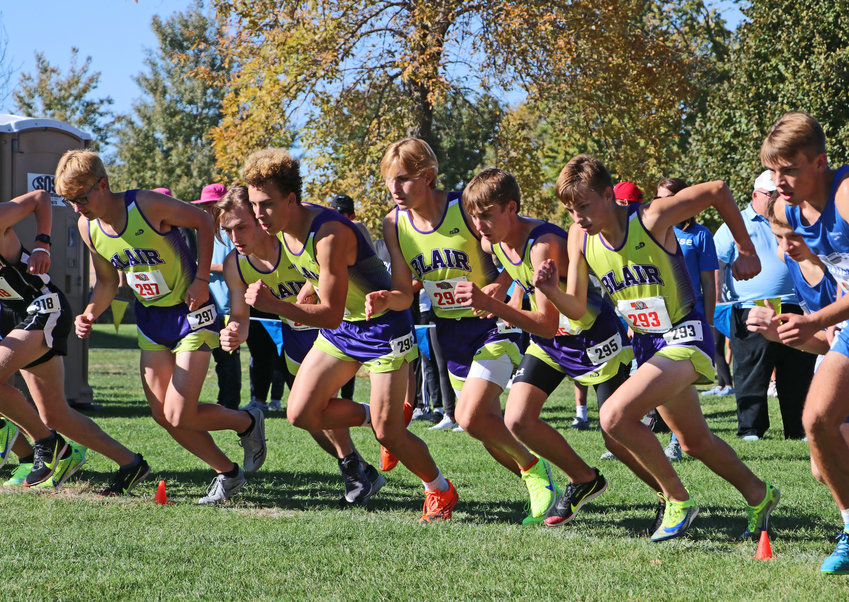 Washington County high schools competed in cross-country and football Friday, earning a pair of state championships and a playoff berth along the way.
The Fort Calhoun cross-country boys team earned a Class C state championship at Kearney Country Club, while Arlington's Keelianne Green dominated the girls' race for an individual title. Two Blair runners medaled as well.
On the football field, the Pioneers clinched a Class C1 playoff berth with a 42-12 win against Logan View/Scribner-Snyder, while Blair and Arlington ended their seasons' with losses.

FCHS boys win title
The FCHS boys' championship was their first in cross-country. They defeated second-place Sidney, 46-58.
The Pioneers' Jacob Rupp, Ely Olberding and Lance Olberding placed in third, fourth and fifth.
“I want to watch this race over and over again,” Fort Calhoun coach Kyle McMahon said. “I just couldn't believe those guys, 3-4-5. They were just not going to leave a doubt in anybody's mind today.”
The trio was joined on the championship team by Johnathon Schwarte, Lawson Tjardes and Travis Skelton who earned 39th, 109th and 113th, respectively.
Bria Bench, meanwhile, led the 11th-place Fort Calhoun girls with a 21st place finish.

Green earns individual gold
Three months into her first cross-country season, Arlington's Keelianne Green is a Class C state champion.
“It's a surreal moment,” she said Friday through tears. “It's insane.”
The junior finished Friday's race in 18:50.1, besting second-place Lindee Henning of Ogallala by 34.4 seconds. The AHS standout's time is a Class C state meet record across 5-kilometers.
The Eagles' Hailey O'Daniel, meanwhile, capped her freshman year with an eighth-place finish in Class C as coach Michaela Curran's girls squad finished fifth. The boys were seventh with sophomore Nolan May earning a medal in eighth, too.

Amandus, Fricke medal for BHS
Kaitlynn Amandus and Dawson Fricke each medaled in Class B for Blair as the Bears earned seventh in both the girls and boys standings.
Amandus was 15th, clocking in at 20:41.81, while Fricke was ninth in 17:00.32.
“We had a mixed bag,” BHS coach Darren Harsin said. “Dawson and Kaitlynn medaling was outstanding, and Allie (Czapla) had a really good run.”
But the Bears had higher hopes in Kearney on Friday.
“One of the things with cross-country that makes it tough, is that you've got to have everybody on the same page on the same day,” the coach added. “Some days it happens — last Thursday it happened — but this Friday, we weren't all there.”

NOTE: Full stories and additional photos from state cross-country will appear in next Tuesday's Washington County Pilot-Tribune. Coverage will also be available online that same day.

NOTE: Full stories and photos from the end of the regular season will appear in next Tuesday's Washington County Pilot-Tribune. Coverage will also be available online that same day.