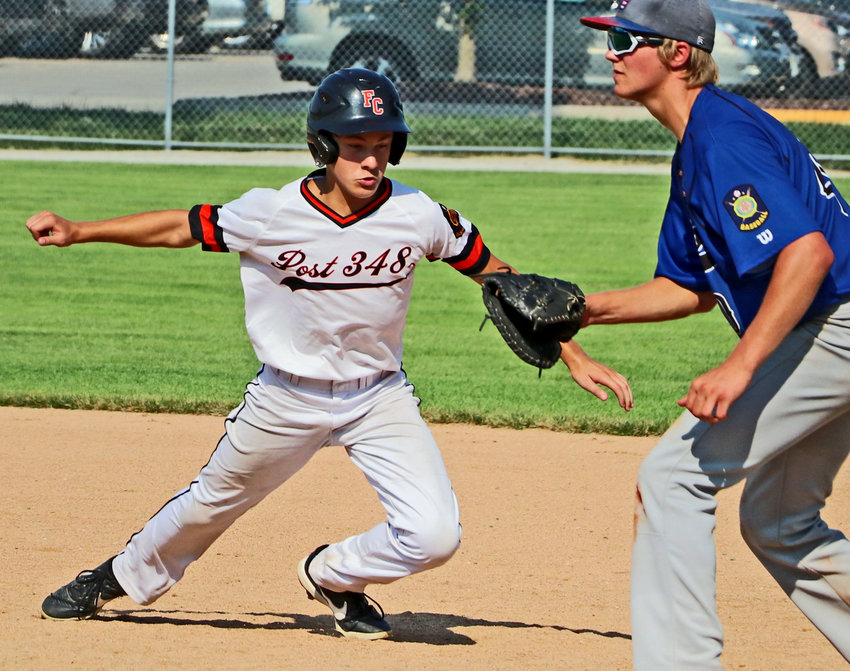 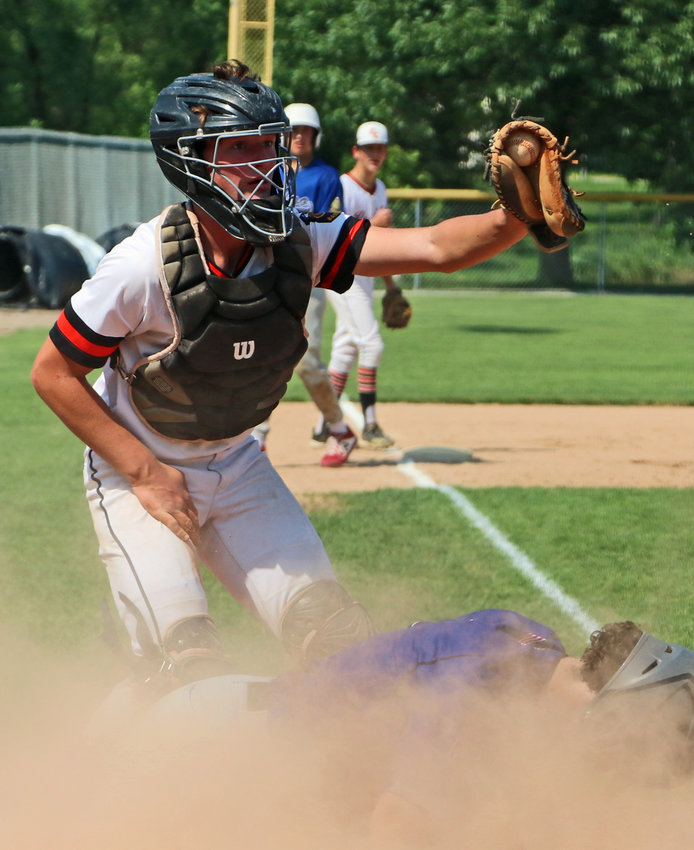 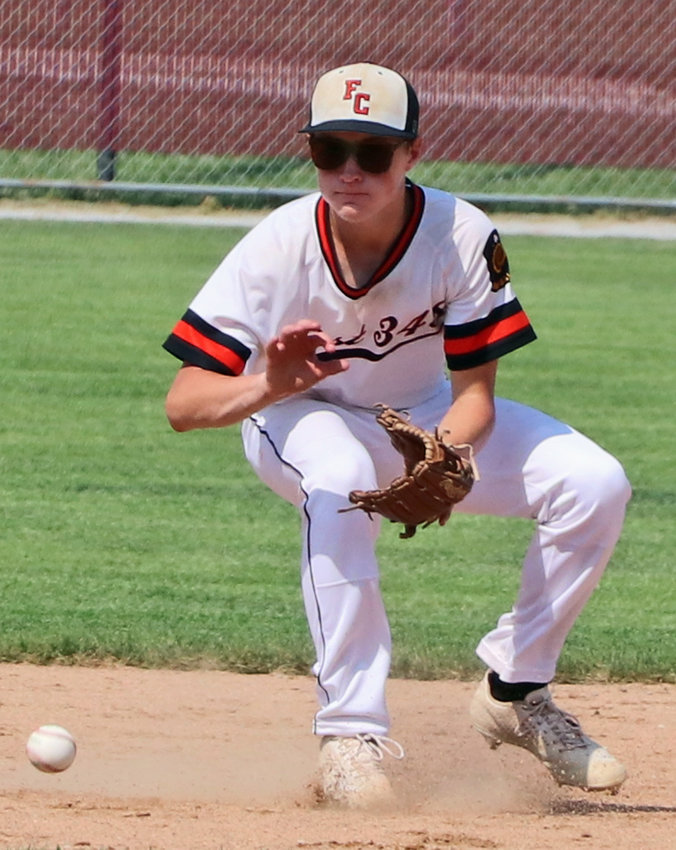 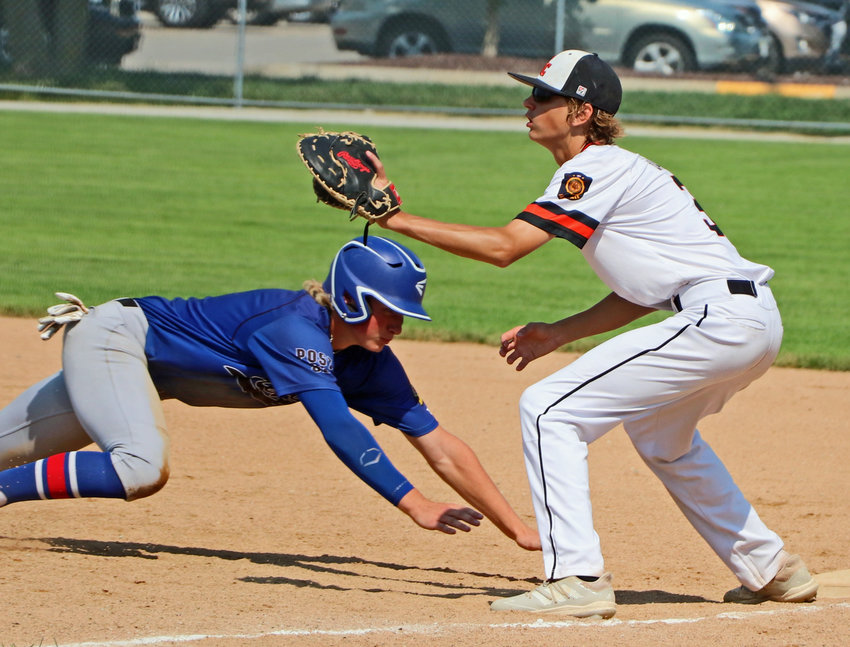 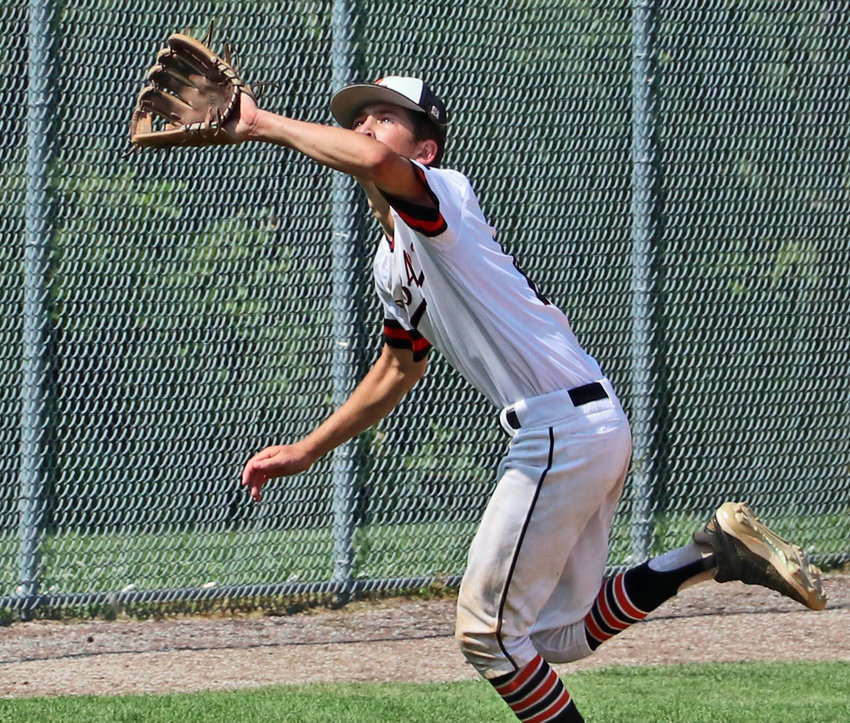 The Pioneers fell to 6-8 with their 12-4 loss to Valparaiso. Their losing skid comes directly after a six-game winning streak.

Coach Brandon Wynn said Post 348 had six errors and “probably 10 or so” walks during its latest defeat.

Minutes after the Fort Calhoun Junior Legion baseball team was shut out to open the Class B Area 3 Tournament at Omaha Roncalli, infielder Tanner Jacobson had answers to the Pioneers' problems.
“We really have to focus on hitting the ball well, putting it in play and really minimizing strikeouts,” he said Friday evening. “Making sure we're swinging at good pitches and driving the ball where they're not.”
Post 348 wasn't able to put those ideas into practice Saturday, though, due to inclement weather. The district tournament's second day was delayed to Sunday due to a wet Roncalli field and storms moving through Omaha during the afternoon.
The Pioneers were set to play the host Pride in an elimination game Sunday instead. Results for that outing will be in Friday's Washington County Enterprise.
Before that contest, though, Jacobson logged Calhoun's first hit of the tournament during the top of the first inning against Wahoo.
“I thought that would string us together, get a little rally going,” he said. “But it didn't quite work out.”
Wahoo won 9-0 in five innings, keeping the Pioneers from rounding the bases for more than 90 minutes. Calhoun put batters on base, but didn't come close to matching Wahoo's most productive inning — the five-run first.
In the second frame, both Jordan Back and Declyn Otte — the starting pitcher — reached base, though three strikeouts prevented them moving too far.
Then, during the third, Sam Halford put the ball in play only for his teammate to get caught in a run down between second and third base. Back's fourth-inning single didn't develop into a scoring threat either.
Finally, in the fifth, Fort Calhoun's Preston Johnson hit a leadoff single. From there, though, the Pioneers hit into a fielder's choice, were caught trying to steal second and struck out to finish off the district opener.
Jacobson knew what Post 348 needed to do in the aftermath. The aforementioned bat work would compliment what the Pioneers had already accomplished over the summer months.
“We've really sharpened up our defense and made a lot less errors than at the start of the season,” he said. “And we are hitting better, but we're just not quite where we should be yet.”