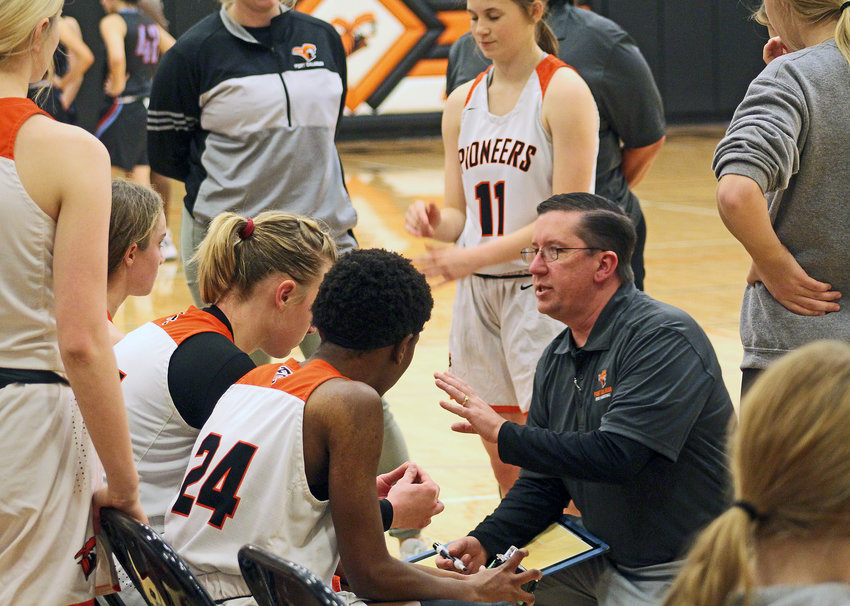 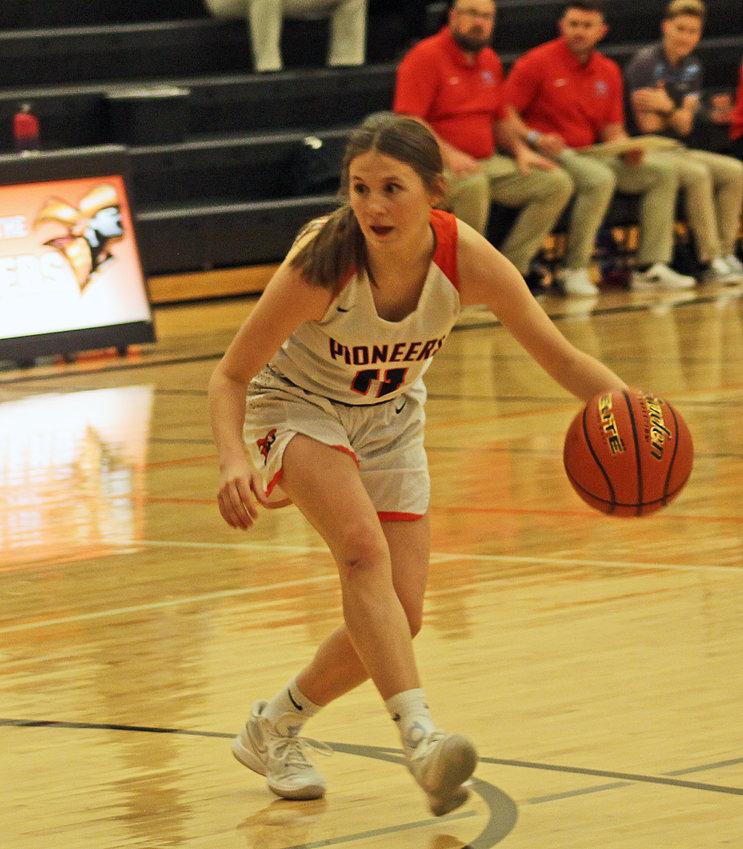 Oakland-Craig dominated the Fort Calhoun girls basketball team Monday, but the Pioneers battled back to top Ralston during a Jamboree exhibition triangular.
Coach Marty Plum's squad played two periods apiece against its two visitors and were outscored 58-31 going into tonight's official season-opener at Fremont Bergan.
“We're battling through some illness and we still have a couple of contributors out with injuries, so we're still very much a work in progress,” the coach said. “I feel like we're going to be a quality team by the middle of January, so we're just going to keep emphasizing getting 1-percent better every day and see where that leads us.”
Without projected freshmen contributors Ella Bouwman and Maelie Nelson, FCHS lost its first two quarters of the night to the Knights of Oakland-Craig, 44-3.
“I thought the first few minutes Oakland-Craig really was the aggressor and we were back on our heels the entire time,” Plum said. “They've got an outstanding team this season and they took advantage of every mistake that we made on both ends of the floor.”
Junior Bria Bench scored two points for the home team, while Dala Drowne scored the other.
Against Ralston, though, the experienced duo led Fort Calhoun to a 28-14 two periods with 17 combined points. Bench had 11 with a 3-point make, while Drowne scored six points.
“We had some time to regroup before we played Ralston, and the girls really challenged themselves to play better and to control the things that we can control,” Plum said. “I liked the way we play our on-ball defense and we were able to turn our pressure defense into some easy offense, which helped.”
Kylie Perfetti added five Pioneer points, while Jovi Greiner contributed four and Maddy Tinkham had two against the Rams.
FCHS now plays Bergan tonight at 6:30 p.m. to officially start the season.